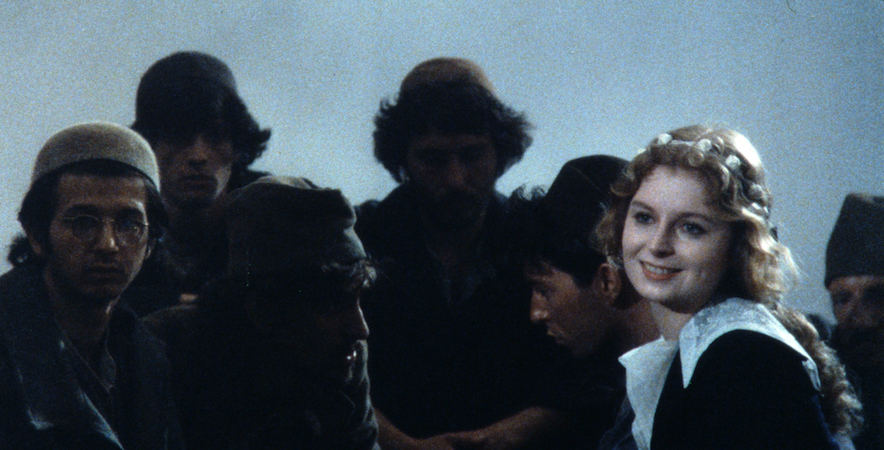 -the premiere of the newly-restored copy of AND THE SHIP SAILS ON (E LA NAVE VA) in collaboration with Cineteca Nazionale – Centro Sperimentale di Cinematografia
-an account of his fraught relationship with the Soviet Union, by great cinema historian NAUM KLEIMAN

To celebrate 100 years since Fellini’s birth in Rimini on 20 January 1920, the 31st TRIESTE FILM FESTIVAL (taking place from 17 to 23 January) is participating in the FELLINI 100 programme of events coordinated by Italy’s Ministry of Culture and Tourism (MiBACT). The genius of Federico Fellini will be considered – as one would expect from the TsFF – from an “Eastern” perspective. This is the idea behind Fellini East West – a programme of events which will feature across the whole Festival. It will be a tribute, of course, but also a contribution to a better understanding of certain lesser known aspects of the work of one of the most widely-researched masters in the history of cinema.

AND THE SHIP SAILS ON (E LA NAVE VA) (1983) is one of Fellini’s films that has failed to attract much interest after its initial release. Yet, it is arguably one of his most relevant works for our times. The Trieste Film Festival, in collaboration with Cineteca Nazionale – Centro Sperimentale di Cinematografia, will present the world premiere of a newly-restored copy by CSC-Cineteca Nazionale with Istituto Luce-Cinecittà. “We are delighted, thanks to a happy coincidence with the dates, to be the first to celebrate Fellini in 2020″ – explain the TsFF’s artistic directors Fabrizio Grosoli and Nicoletta Romeo. “Moreover, from the languages used in it (Italian, Serbian, Russian and German) to its subject matter, this is the film which is closest to us, as a festival and as a city. A film which, as a tale of the end of a civilisation, talks to all of us, with the strength of a prophetic work“.
This event is part of the “Fellini 100” celebrations, promoted by the MiBACT and by an Organising Committee that includes CSC-Cineteca Nazionale.

If Fellini’s influence on filmmakers and intellectuals (often exiles or destined to become so – from Polanski to Kundera), is well known, the same cannot be said of his relationship with critics, institutions and people in power. With this in mind, the TsFF catalogue will include an article by Naum Kleiman (featured only in Italian due to copyright restrictions), from the forthcoming volume A Companion to Federico Fellini (John Wiley & Sons). One of the most distinguished cinema historians, not only in Russia (where he created the Eisenstein Centre), but in the world, Kleiman leads us – among instances of censorship, illegal showings and fiery debates – towards the discovery of unexpected and often irresistible anecdotes on the not always easy relationship between the USSR and Fellini, whose 81/2, for example, had to be fiercely defended before the Ideological Department of the Communist Party’s Central Committee by Italian art critic and Communist politician Antonello Trombadori.

Fellini’s huge popularity beyond the Iron Curtain will be revealed in a small but special Exhibition, realised in collaboration with Łódź’ Cinema Museum and displayed in the foyer of Politeama Rossetti. It will feature ten extraordinary original posters which were made for the release in Poland of masterpieces such as La Dolce Vita or Fellini’s Casanova. These are true works of art in their own right, able to reinvent Fellini’s fascinating plots and fantasies and transfigure them into something unique.

Prosaically entitled Interview with Maestro Federico Fellini, the 14 minutes of Matej Mináč‘s film, shot in January 1989, are a short but exceptional document, which also demonstrates Fellini’s great generosity. Thanks to their mutual friend Juraj Jakubisko, Fellini agreed to meet in Rome a young director from Communist Czechoslovakia, who himself faced many problems with his country’s authorities in order to be able to make the appointment… The conversation they had was supposed to be the first part of a longer cinematic portrayal, which Mináč pursued for years. However, faced with the impossibility of ever completing it, he decided to shoot a comedy, Never Give Up, currently in production, loosely inspired by his journey to interview Fellini.

On top of all this, a world premiere surprise event will be announced in the next few days.