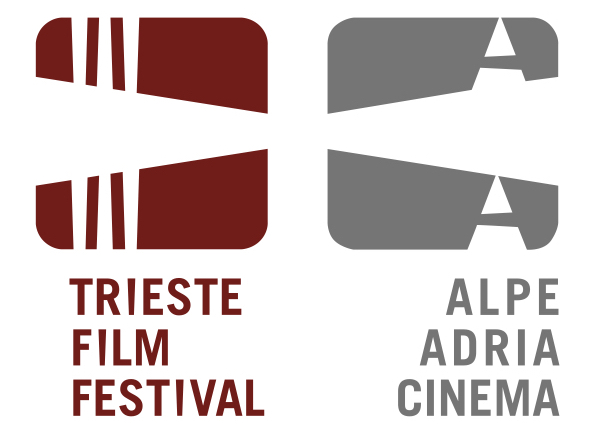 The Trieste Film Festival – 32nd edition call for entries is now open! To send your application please open the following link: https://vp.eventival.com/trieste/2021
You will be redirected on the Eventival platform to the Trieste Film Festival / When East Meets West Visitor Page. Visitor Page is an online interface allowing you to share the data related to your film with the Festival. If you want to submit a film to the Festival, you must create your Visitor Page Login. Once you have access to your Visitor Page, you will be able to insert, review and update your personal data any time, as well as upload documents and files the Festival needs from you.

ART. 4 - The owners/presenters of works submitted to the selection of Alpe Adria Cinema must allow an online link with English subtitles to be sent to the festival offices by September 30th, 2020. The film should be accompanied by adequate information (synopsis, cast&credits and director's bio-filmography).

Submission fee:
The submission fee for the preselection process is:
- 10 euros for long feature films and documentaries
- NO FEE for short films

The participation in the selection entails compulsory deposit of all materials – preview screener included – in the Alpe Adria Cinema Archives, as well as permission to use them for didactic, research and promotion purposes, also outside the Festival, excluding any commercial use to protect the rights of Authors and Producers.

ART. 5 - The Artistic Direction of the Trieste Film Festival will select films and audiovisual material according to the orientations given by the members of the International Scientific Committee of the Festival. The final decisions of the Artistic Direction are indisputable.

ART. 8 - If a film included in the programme is subsequently distributed in Italy, all the material for its promotion must carry the logo of the Trieste Film Festival and must indicate its participation in the 32nd edition with mention of any award received.

ART. 9 - Once the participation of a film selected for the one of the competitions has been confirmed by the Director or the Producer or the Sales Agent, no cancellation is admitted. Should this occur, a lump sum of 1,000.00 Eur will be paid to the Trieste Film Festival as compensation for damage.

ART. 10 - Alpe Adria Cinema is entirely responsible for the technical and administrative organisation of the event.

ART. 12 - The owners of SELECTED films must allow the following advertising and promotional material, to reach our offices absolutely by November 15th, 2020:

FOR THE ITALIAN ELECTRONIC SUBTITLES
screener link and password in low res for subtitling – the same version as the one to be screened (Vimeo link is preferred - 100% faithful to the version to be presented at the festival);
transcript of the film dialogue in the original language (with TimeCodes from DCP);
transcript of the English subtitles (with TimeCodes from DCP).

FOR PROMOTION
digital pressbook (PDF);
2 film poster or other promotional material (i.e. postcards/flyers).
teaser trailer, no more than 30 seconds (downloadable via Vimeo or as mp4 file) – for promotional purposes;
social accounts of both film and director

ART. 13 - All films will be screened in the original version. All films must be provided with English subtitles.

ART. 14 - All material is to be addressed to:
ALPE ADRIA CINEMA - TRIESTE FILM FESTIVAL
PIAZZA DUCA DEGLI ABRUZZI, 3
I-34132  TRIESTE-ITALY
TEL. +39 040 3476076
Email films@alpeadriacinema.it; office@alpeadriacinema.it
All information is to be emailed immediately to the above contact details.

ART. 15 - Films for the official screening should be sent directly to the following address, but only after agreeing all details with the print traffic manager of the festival:
ALPE ADRIA CINEMA - TRIESTE FILM FESTIVAL
PIAZZA DUCA DEGLI ABRUZZI, 3
I-34132  TRIESTE-ITALY
TEL. +39 040 3476076
office@alpeadriacinema.it

ART. 17 - All films will be covered by an "all risks" insurance policy taken out and paid for entirely by Alpe Adria Cinema.

ART. 18 - Any litigation will be judged by the Court of Trieste, Italy.

ART. 19 - The sending of the duly filled in and signed entry form implies the acceptance of all the articles of the above regulations.