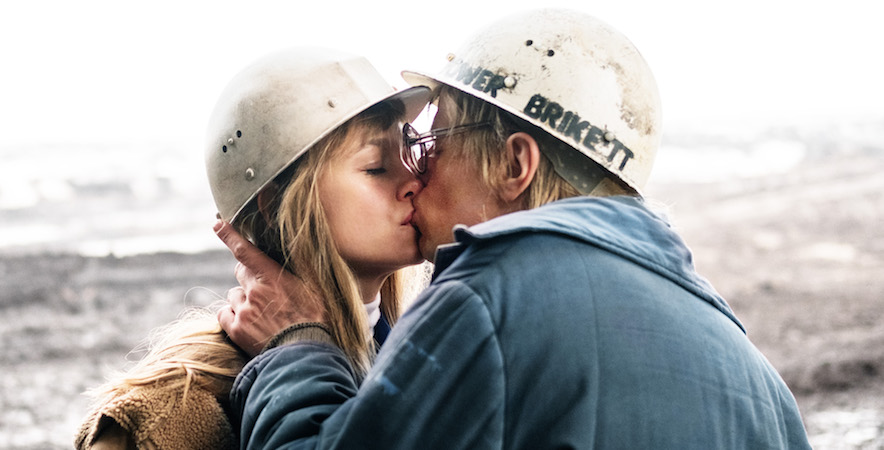 At Caffè San Marco at 11.00 the last Q&A with the authors, which will be preceeded by the book presentation Il bruciacadaveri/The cremator with Alessandro De Vito and Massimo Tria.

Today at Teatro Miela, for the section ‘Time Will Tell’ carried out with the support by Goethe-Institut in Rome, at 10.30 there is Heimat is a Space in Time (Heimat ist ein Raum aus Zeit) (D – A, 2019, col. & b-n/b-w, 218’) by Thomas Heise. Director Thomas Heise picks up the biographical pieces left by his family, and composes an epic picture of four generations of his family, of a country, of a century. Premiered at the latest Berlinale.
The day continues at 14.30 with Progress in the Valley of the People Who Don’t Know (Fortschritt im tal der Ahnungslosen (D, 2019, col., 67’) by Florian Kunert. Shadowed by weekly, racist demonstrations in former East Germany, retired factory workers of the German Democratic Republic together with Syrian refugees share the memories of their lost homelands. The author will be attending the screening.
At 16.00, always at Teatro Miela, it’s time for Time Will Tell (Alles Andere Zeigt die Zeit) (D, 2015, col. & b-n/b-w, 95’) by Andreas Voigt, from which has been taken the title of this section. The author will be attending the screening.
At 18.00 it’s time for Coal-Country Song. Gundermann (Gundermann Revier) (D, 2019, col., 98’) by Grit Lemke. The life and death of a rock poet, who worked as a coal miner and became “the Bob Dylan of the mine” before becoming the “voice of the East Germans”. The author will be attending the screening.
Another film about  Gundermann at 20.00, a musical and love story but also political and historical film: Gundermann (D, 2018, col., 127’) by Andreas Dresen.
Closing the section ‘Time Will Tell’ at 22.15 The German Chainsaw Massacre (Das Deutsche ket-tensägenmassaker) (D, 1990, col., 60’)  by regista Christoph Schlingensief, who, in a rather radical and provocative way, puts on screen his vision of the unified Germany happened on the 3 october 1990.
At 20.30 the cinema event Berlin Bouncer (D, 2019, col. & b-n/b-w, 87’) by David Dietl, which tells the story of Berlin through the eyes of its most legendary doormen.