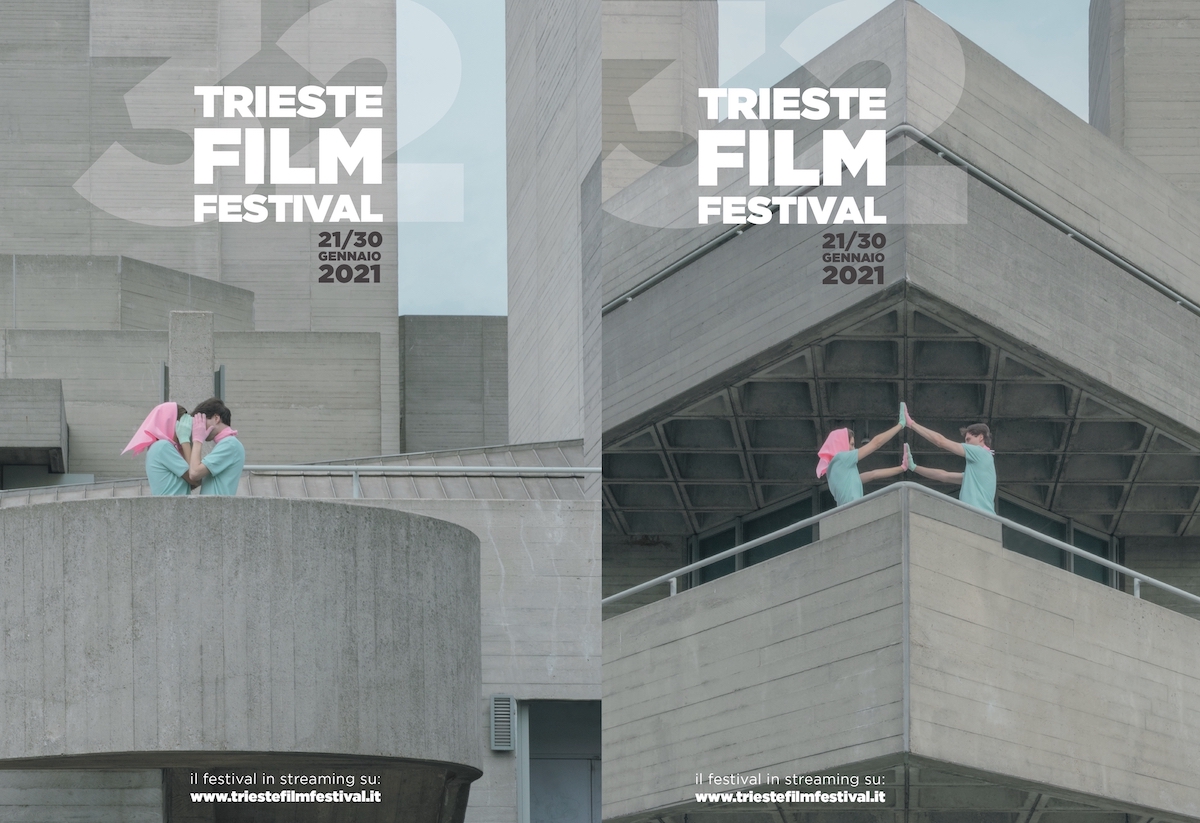 An “extraordinary” edition held completely online, on the MYmovies.it platform and on the festival’s social channels, rich in both films and live collateral events.

Special Events
Retrospective 1991-2021: War, Trauma, Metaphor. Finis Yugoslaviae – 30 years after the outbreak of the Balkan Wars (partly online and partly in person in June 2021) by Nicoletta Romeo and Ivan Velisavljevic.
Wild Roses: Woman Filmmakers in Europe – focus on Poland (thanks to the support of the Polish Institute of Rome) – panel coordinated by Marina Fabbri.

WHEN EAST MEETS WEST – cross-border meetings, workshops and pitching between producers, broadcasters, markets, regional funds of Central Eastern Europe and some regions of Western Europe.
LAST STOP TRIESTE – work in progress section dedicated to documentaries in the rough cut version.
THIS IS IT – work in progress section for films produced or co-produced by Italian companies.
FEATURE LAUNCH 2021 @ EASTWEEK – TSFF
MIDPOINT’S main feature film program is reserved for directors who are working on their first or second film. The 2020 edition of the program will conclude online from 21st to 22nd January 2021 through the follow-up platform for producers called Feature Launch Spotlight. The event is organised in collaboration with Trieste Film Festival. MIDPOINT together with the Trieste Film Festival has prepared two intensive days of one-to-one meetings for producers with industry experts to discuss potential artistic and financial partnerships for their projects.

TSFF ACADEMY – the festival has given the opportunity to around forty university students from different Italian universities to participate in the festival by following specific itineraries with screenings, masterclasses and VR meetings through the gift of accreditation to follow the festival online.

Concert
Story of a starfish by Casa della Musica/Scuola Musica 55.

Meetings/panel: a coffee with the TSFF
Metting with the directors of the Wild Roses section: female directors in Europe. Focus on Poland moderated by Marina Fabbri.
Meeting on the role of women in the audiovisual sector: gender inequalities in the film industry with speeches by Angela Prudenzi, Silvia Sandrone, Alessia Sonaglioni.
Meeting with the representatives of U.N.I.T.A. – National Union of Theatre and Audiovisual Interpreters.
A coffee with Cristina Battocletti: TSFF – a 32-year history.
A coffee with Elisa Grando: a journey into TSFF32.

Masterclass by Cristi Puiu in conversation with Thanos Anastopoulos.

Walks
Urban trekking in the area of the Ex Opp and Trieste between the Karst and the sea, by Marzia Arzon.
Esterno/giorno Frames by Casa del Cinema of Trieste.
Outcast princes, evil exiles, locked up females and other stories: narrative tour and talking places by the Irish Studies Laboratory and a research group on literature, storytelling, spaces and tourism by the Department of Humanities of the University of Trieste.

4-5th June: a tribute to two great authors who died recently and to Balkan cinema on the anniversary of the breakup of the Yugoslav federation.
On June 4th, the Festival commemorated two authors who recently passed away, with many special events, giving the opportunity to review on the big screen:
OSTRE SLEDOVANÉ VLAKY by Jiří Menzel (Strictly guarded trains, CS, 1966, bn, 89′, vo ceca, subt. It.) One of the most important works of Nová vlna that mixes the grotesque and the dramatic, based on the short novel of the same name by Bohumil Hrabal, Oscar for Best Foreign Film in 1967.
SAN ZIMSKE NOĆI by Goran Paskaljević (A Midwinter Night’s Dream, SRB, 2004, col., 95 ‘, vo serba, subt. It.), Formerly Special Jury Prize at the San Sebastian Festival in 2004 and Special Prize of the Jury at the Trieste Film Festival in 2005.

12-13th June: TSFF Little Ones: cinema review dedicated to the youngest spectators of the Festival.
A weekend entirely dedicated to our younger spectators: screenings, shows, workshops and walks dedicated to children and teenagers.
On Saturday 12th June, great classics such as: SNEŽNAJA KOROLEVA by Lev Atamanov (THE QUEEN OF THE SNOWS, USSR, 1957, col., 63 ‘, dubbed version ita), a Soviet animated film will be screened in the hall.
In collaboration with Animateka – International Festival of Animated Film in Ljubljana, the TSFF dei Piccoli proposed:
– THE BEST OF ANIMATEKA – ANIMATION SHORTS FOR CHILDREN: 8 author shorts among the best recent animated shorts from Central Eastern Europe.
– THE SLOVENIAN CLASSICS OF ANIMATION WITH PUPPETS in 35mm film, a retrospective suitable for the viewing of young and old and which pays tribute to all the pioneers of Slovenian animation cinema.

Sunday 13th June, Screens and Blackboards of the Cineteca di Bologna, on the other hand, have curated:
The LITTLE RASCALS selection, a program of animated shorts from the European countries of the former Soviet bloc between the end of the fifties and the seventies.
FIABE IN FILA, a program of short films dedicated to fairy tales and popular legends: from the timeless masterpieces of the masters of Italian animation Giulio Gianini, Lele Luzzati and Osvaldo Cavandoli, to forays into contemporary auteur animation with the films The wedding by Tom Thumb.

The TSFF Little Ones was also a narrative creativity with the laboratory of stories and plots WHAT ARE YOU HANDLING? curated by Costanza Grassi: on Saturday 12th June the children themselves invented a film.
Sunday 13th June presented STORIA DI UNA STELLA MARINA / ZGODBA OR MORSKI ZVEZDI, produced by the Casa della Musica / Scuola di Musica55 where the well-known actress Lara Komar performed in a concert-show proposed both in Italian and Slovenian with a great pop-up book at the centre of the stage, a narrator and two musicians, for a fairy tale to be enjoyed with the eyes and ears.

Two more activities for children:
A walk FROM PROSECCO TO MIRAMARE, full of colours and scents in search of flowers and herbs, accompanied by stories about the inhabitants of the Karst. The itinerary starting in Prosecco and leading to Miramare, at the castle of dreams overlooking the sea and in its park full of flowers and trees that tell the journey of Maximilian of Habsburg.
TREASURE HUNT IN THE MOST OPEN PARK THAT IS inside the San Giovanni Park, among roses, horses and trees: a fun game to discover the beauty and curiosities of the most open and inclusive park in the city.

TSFF LITTLE ONES ONLINE!
The Trieste Film Festival also offered, on 12 and 13th June, the opportunity to watch the short films comfortably at home on the website www.cinetecamilano.it.