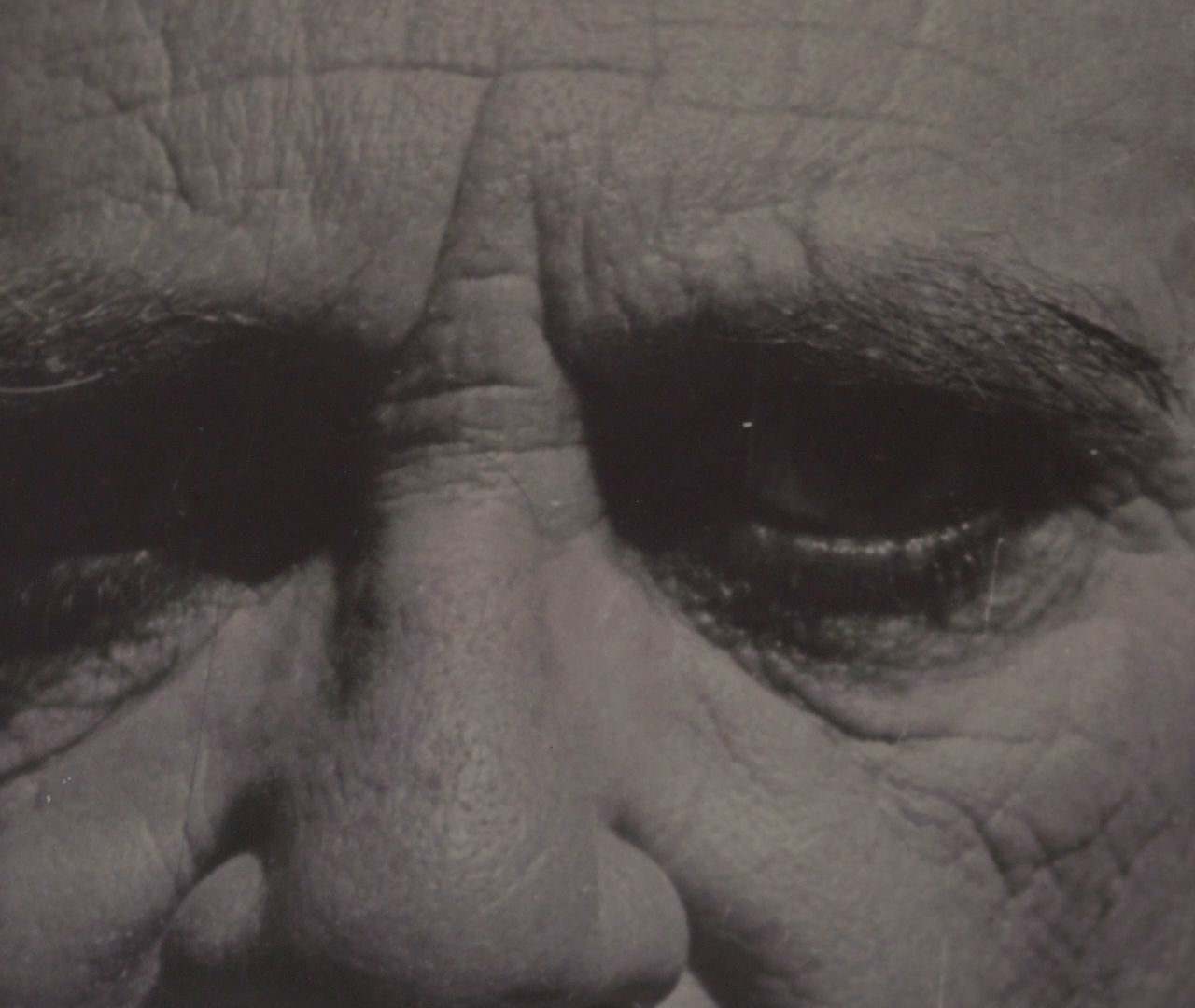 After the opening night at the Teatro Rossetti on Saturday 22 January, the doors to the other venues of the Festival will open.

The second day at the Teatro Rossetti begins at 10:30 with the Italian premiere of the feature film out of competition FABIAN ODER DER GANG VOR DIE HUNDE by Dominik Graf (Fabian, Germany 2021, HD, col, 176′ german language version) already at the Berlinale 2021 and in the film we are in the Berlin of 1931 with Jakob Fabian, an advertising executive by day and cynical viveur by night until he meets Cornelia and just when he begins to have a more positive outlook on life, a wave of layoffs sweeps him away while Cornelia instead pursues a career as an actress. Fabian’s world is shattered, but he is not alone.
The long screening of the Feature Film Competition begins in the afternoon, with Dina Duma’s SESTRI (Sisters, North Macedonia – Kosovo – Montenegro, 2021, HD, col., 91′, Macedonian language version) presented at the Karlovy Vary Film Festival in 2021 where it won the Special Jury Prize. The film delves into the symbiotic friendship between two teenagers, Maya and Jana, which is seriously compromised when they become involved in the accidental death of one of their classmates.
At 4:00 p.m. we then see KELTI by Milica Tomović (Celti, Serbia 2021, HD, col., 106′, language: Serbian). In the Belgrade of 1993, the adventures of Marijana and her friends in search of strong, authentic experiences move against the backdrop of a country, Yugoslavia, that has begun its disintegration.  Premiered in Berlin in 2021 in the Panorama section, Kelti has been screened at many international festivals including Sarajevo, where it won the Best Director award.
At 6:00 p.m. it is the turn of MURINA by Antoneta Alamat Kusijanović (Croatia – Brazil – USA – Slovenia 2021, HD, col., 92′ Croatian-English language version) selected at the Directors’ Fortnight in Cannes 2021, where the film won the Caméra d’Or as Best Debut Film and where Martin Scorsese is among the executive producers of the film which is presented in Trieste as an Italian premiere. Julija is a restless teenager with an oppressive father and the tension between them increases when an old family friend visits their home on a Croatian island. The new and influential guest offers her a taste of freedom that will push Julija to ask for more.
The last title in competition is STRAHINJA BANOVIĆ by Stefan Arsenijević (Strahinja Banović or As Far as I Can Walk, Serbia – Luxembourg – France – Bulgaria – Lithuania 2021, HD, col, 92′ language: Serbian – English). Inspired by a true story, the film is a retelling of the Serbian epic poem “Strahinja Banović”, in which African migrants take the place of Serbian national heroes. Urgent and timeless, this adaptation questions notions of identity, tradition, race and love, and won Best Film at the Karlovy Vary 2021 Film Festival.

At the Ambasciatori Cinema at 11:00 a.m. the section Art & Sound presents the out-of-competition documentary ROBERTO BAZLEN – CON UNO ZAINO PIENO DI LIBRI by Giampaolo Penco (Italy, 2021, HD, col. & b-n, 72′, Italian language version). A brilliant and eclectic reader, Bazlen lived as a solitary nomad with a dense network of human and professional relationships that made him a diviner of undiscovered literature, a dispenser of literary illuminations, a protagonist of publishing ventures, such as the birth of the Adelphi publishing house in 1962. The film is a search for the person through those who knew him and his literary and psychoanalytical paths.
The afternoon sees the start of the long roundup of the Documentary Competition, with Srđan Kovačević’s TVORNICE RADNICIMA (The Workers’ Factory, Croatia 2021, HD, col., 105′ Croatian language version) at 2:30 pm. The occupation of a Croatian factory in 2005 is transformed into an alternative form of production, against the capitalist economy. The film follows the workers’ 10-year struggle to prevent the closure of the factory and keep their collective vision alive.
At 16:30 we continue with REKONSTRUKCE OKUPACE by Jan Šikl (Reconstruction of the Occupation, Czech Republic – Slovakia 2021, HD, col. & b-n, 100′, Czech – Slovak language version). Documentary filmmaker Jan Šikl spent many years researching and collecting private and amateur film archives. Thanks to this work, Šikl has found several hours of footage showing the invasion of Czechoslovakia by Warsaw Pact troops. Rekonstrukce okupace is a cinematic adventure of an archaeological nature in which anonymous faces are transformed into living witnesses to the days that forced Czechoslovakia into two more decades of slavery.
At 6:30 p.m. the section Art & Sound presents ŽŽŽ (Žurnal o Želimiru Žilniku) by Janko Baljak (ŽŽŽ Diary on Želimir Žilnik, Serbia 2021, HD, col., b-n, 92′, Serbian language version). A documentary that is a road movie that crosses half a century of Želimir Žilnik’s cinema. A committed and courageous director, but above all free, making low-budget films for decades. but also a journey through the history of Yugoslavia, a country that no longer exists.
Followed at 20:30 by the Italian premiere of BŪSIU SU TAVIM by Virginija Vareikytė, Maximilien Dejoie (I’ll be by your side, Lithuania – Italy – Switzerland, 2021, HD, col., 73′ Lithuanian language version). Two women, a psychologist and a police officer, undertake a challenging mission: to reduce the record number of suicides in their rural town. Valija and Gintare offer empathy and compassion door-to-door, caring for the loneliest members of their community.
The last documentary in competition of the day is RENÉ – VĚZEŇ SVOBODY, Helena Třeštíková (René – The Prisoner of Freedom, Czech Republic, 2021, HD, col., 102′, Czech language version) presented in Italian premiere. Documentary filmmaker Helena Třeštíková first met René during the communist period, in a juvenile prison. To make the film René (2008), she observed him with a camera for 20 years. In René – Vězeň svobody, we follow René’s life at a fast pace, from the film’s premiere in 2008 to today, as he tries to avoid prison at all costs.

At the Miela Theatre the day is completely dedicated to the TSFF DEI PICCOLI: an exclusive programme of screenings and workshops dedicated to children and young people.
But before entering the cinema at 10:30 there is time for A WALK IN THE PORT, A HIDDEN TREASURE. A children’s walk in search of the treasure hidden in the Old Port! We’ll let our imaginations fly as we imagine action and scenes from the movies with industrious sailors, a power station that powers the port and moves the cranes, a drawbridge over the Grand Canal and many other surprises. We’ll be looking for clues to help us put together a colourful puzzle!
At 11:00 a.m. in collaboration with the Cineteca di Bologna – Schermi e Lavagne presents at the Miela Theatre A CIASCUNO IL SUO CINEMA & RACCONTI D’INVERNO, two reviews of funny and original short films chosen by Schermi e Lavagne, the educational department of the Cineteca di Bologna for the audience of young cinephiles. In A Ciascuno Il Suo Cinema (28′) we rediscover the pleasure of the cinema experience through many films, animated and not, in which the cinema itself is the protagonist. The darkness, the beam of light from the projector and the magic of the film will transport you into a world of stories and emotions to be experienced together. The second selection of short films Racconti d’inverno (36′), on the other hand, brings together many small stories from countries and eras far and near, to warm up a cold winter afternoon.
At the same time, at 11.00 a.m., THE SPECIAL EFFECTS SHOP, organised by Luca Gabrielli and Jan Sedmak in Via Pescheria 4 in collaboration with La Collina, involves children in a real special effects workshop: explosions, thunder and sounds! During the activity the children, using simple and common materials, will experiment with a series of techniques to create visual, optical and sound effects. The workshop is divided into explosions, disappearing and appearing, macro photography and frastuoni (the art of making noises). The activity is partly inspired by the pioneering work of Pavel Klushantsev (1910-1999).
At 11:30, again at Miela and organised by Schermi e Lavagne / Cineteca di Bologna, the Festival proposes the workshop THE WONDERS OF PRECINEMA 28 December 1895: Auguste and Louis Lumière present the cinematograph to the public. It is the invention that shakes up the art (and not only) of the century to come. However, attempts to trick our eyes into seeing what is not actually there – movements, distances, figures – had begun long before that. The workshop will allow us to discover thaumatropes, zootropes and many other curious objects that preceded and accompanied the birth of the cinematograph.
At 4 p.m. Paul Venier presents THE MAGIC LANTERN MAGIC OF LIGHT… BEFORE THE MOVIE
Every magic needs its magician and ours is called the lantern maker, with whom we will live a unique experience illuminated only by the light of a lamp. The workshop will introduce you to the workings of magic lanterns which, even before the birth of cinema, were the attraction of projected images.
Finally, at 4:30 p.m., MEDVEDI KAMCĂTKI. NACČALO ŽIZNI by Irina Žuravleva, Vladislav Grišin, (The Bears of Kamchatka. The beginning of life, Russia, 2018, 60′, a Russian documentary made by two young filmmakers in the protected area of the South Kamchatka Federal Sanctuary, known as the “paradise of bears”. The documentary stands out for the total absence of human voices and interference, allowing the viewer an immersive experience in the beauty of a wild and uncontaminated nature, among ancient volcanoes, waterways and wild animals, evoking the deepest desire to investigate and preserve what is still precious to us. Produced in collaboration with the CinemAmbiente Festival.
On 22 – 23 January a selection of short films from the TSFF dei Piccoli will also be online at www.cinetecamilano.it Single ticket €5 for the entire programme.
For every workshop/walk ticket purchased, a free ticket for a TSFF DEI PICCOLI screening.
INFO +390403476076, prenotazionitsff@gmail.com