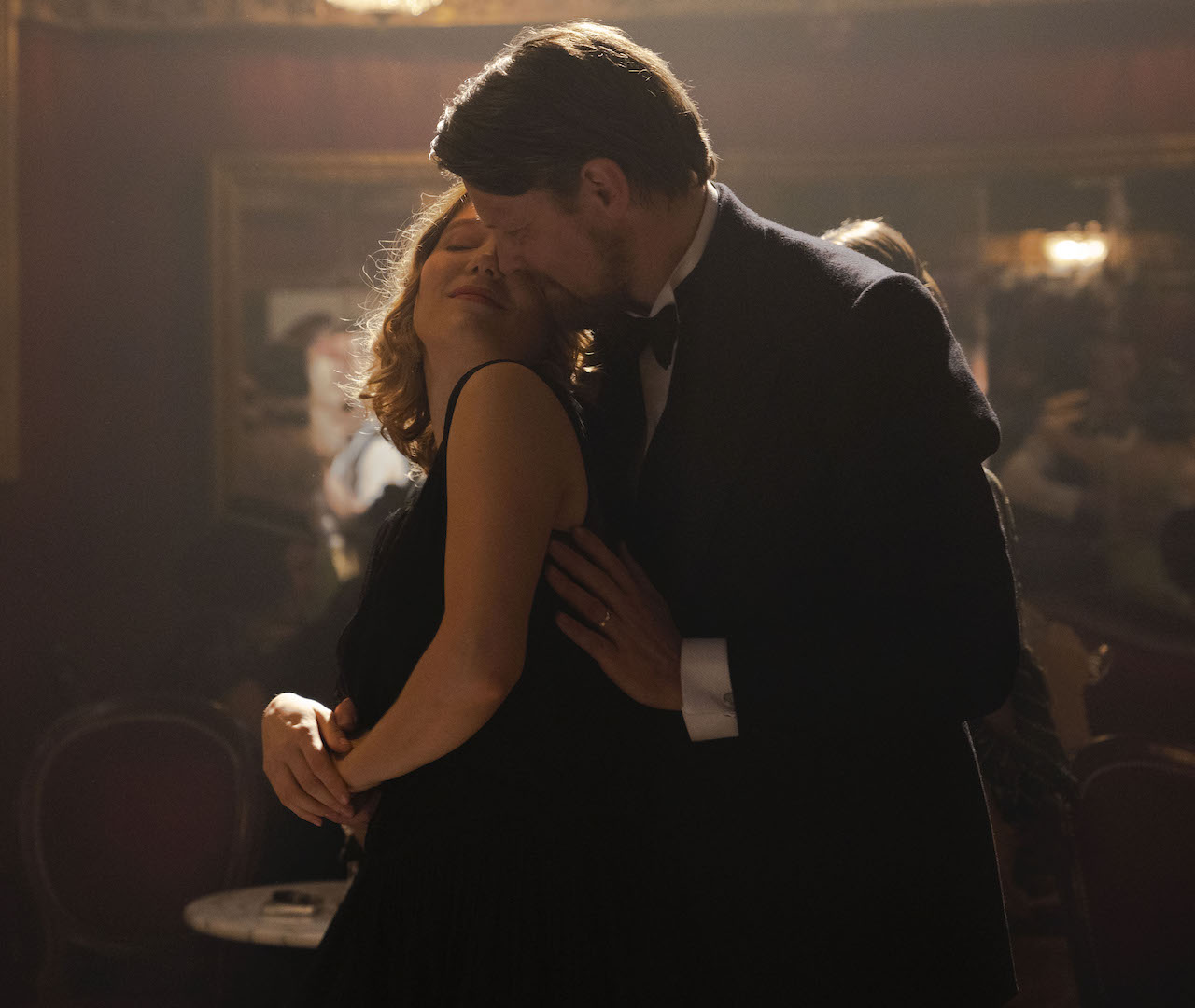 The fifth day of the Trieste Film Festival presents films out of competition, in particular the Off the Screens section and the Corso Salani Award, while the Georgian focus Wild Roses makes its debut.

At the Rossetti Theatre at 10:30 am we find the feature film out of competition ŻEBY NIE BYŁO ŚLADÓW by Jan P. Matuszyński (Leave no Traces, Poland – France – Czech Republic, 2021, HD, col., 160′, Polish language version) The film was presented in competition at the Venice Film Festival 2021 and is Poland’s candidate for the Oscars for Best International Film. In 1983, Poland is shaken by the case of Grzegorz Przemyk, a high school student beaten to death by the police. Inspired by real events, the film tells the story of Jurek, the only witness to the beating who, from one day to the next, becomes the number one enemy of the state.
From 2:00 p.m. Off the Beaten Screens presents two films in Italian premiere RENGETEG – MINDENHOL LÁTLAK by Bence Fliegauf (Foresta – I see you everywhere, Hungary, 2021, HD, col., 112′, v.o. Ungheria). The TSFF has been following Bence Fliegauf since 2005, and in this film the Hungarian filmmaker returns to the inspiration of his early work (it is no coincidence that the title is very similar to his first feature) with an impressive performance based on a circular narrative structure comprising 7 dramatic stories set in a single night and in interiors filmed at close range. A reflection on the impossibility of human and family relationships in today’s Hungary.
At 4pm we see SELINI, 66 EROTISEIS by Jacqueline Lentzou (Moon, 66 questions, Greece – France, 2021, HD, col., 108′, Greek language version), a complex, suffered, almost hysterical and shouted relationship between a daughter who has returned to Athens after years away and a very fragile and ill father. Lentzou’s camera stays on the two protagonists as in an observational documentary and obtains vibrant performances. A director who has demonstrated all the talent of the new generation of Greek filmmakers in a film that has been acclaimed all over the world since its premiere at the last Berlinale.
At 18:00 there is the out-of-competition feature VERA ANDRRON DETIN by Kaltrina Krasniqi (Vera dreams of the sea, Kosovo – North Macedonia – Albania, 2021, HD, col., 87′, language version Albanian) which tells us about Vera, a middle-aged sign language interpreter who leads a well-organised life: wife of a renowned magistrate, mother and loving grandmother. However, this serenity is shattered by her husband’s suicide and the unwanted, continuous and threatening appearance of relatives who claim ownership of the family home. Premiered at the Venice Film Festival in the “Orizzonti” section, the film won the Grand Prix at the last Tokyo Film Festival.
At 8:00 p.m. there will be the award ceremony of the 33rd Trieste Film Festival, followed by a special screening of the latest film by a great Hungarian filmmaker: A FELESÉGEM TÖRTÉNETE by Ildikó Enyedi (The Story of My Wife, Hungary – Germany – France – Italy, 2021, 35mm, col., 170′, language versions: English – French – Dutch – German – Italian). Jakob Störr, a grumpy Dutch sea captain, bets in a café that he will marry the first woman who enters. And along comes Lizzy, a small, intelligent, lively and totally unpredictable French woman. Störr’s great calm gradually begins to wane and little by little, Jakob’s life falls apart.
At the Ambasciatori Cinema from 11:00, again in the Off the Beaten Screens section, we see two films in Italian premiere: the first is TELO KHANA by Krystsina Savutsina (Khan’s Flesh, Germany – Belarus, 2021, HD, col., 57′, Russian-Belarusian language version), minimal stories in a Belarusian village apparently indifferent to the popular uprisings in Minsk. The young director, who has left the country, calls them “choreographies of everyday life” in a film about “rules that limit personal freedoms and at the same time make the social organism work…”
This is followed by NOTRE ENDROIT SILENCIEUX by Elitza Gueorguieva (Our Quiet Place, France – Bulgaria, 2021, HD, col, 68′, language: French – Russian – English). The Bulgarian-born director films her friend Aliona, of Belarusian origin, who is writing a book about her father who died many years ago. Both have long since settled in France, and the real theme of the film is how to create in a language and context different from their own, without getting lost “in translation” and rather trying to imagine a complex and different language, sweetly suspended between dream and reality.
From 4 p.m. we see two films from the Corso Salani Award section. DIVIDED: What language do you express love in? by Federico Schiavi and Christine Reinhold (Italy,
2021, HD, col., 78′, language: Russian – Ukrainian – Italian) a journey into the territories of the first European civil war of the 21st century: in Ukraine, after the dramatic events that followed the first protest in Maidan Square in Kiev in November 2013. Two photographers, Giorgio Bianchi and Christopher Occhicone, with different perspectives and political ideas, give voice to characters who are witnesses to different ideas of independence, each in their own theatre of war.
This is followed at 6:00 pm by the Italian premiere of INSULTATI. BIELORUSSIA by Caterina Shulha (Italy, 2022, HD, col., 84′, Italian language version) a project created to raise awareness of the terrible political situation in Belarus after the August 2020 elections. Andrej Kurejčik screenwriter, playwright and theatre director wrote a play on this theme, which is why he had to flee abroad following the threats he received. The text, staged in 25 countries around the world, was translated into Italian by Giulia Dossi. Caterina Shulha has decided to commit to staging this project in our country with many faces from the Italian show business.
At 9:30 p.m. we find the out-of-competition documentary BOSNIA EXPRESS by Massimo D’Orzi (Italy, 2021, HD, col., 70′, language: Bosnian-Italian-English). A train slowly travels through the heart of Bosnia Herzegovina: Sarajevo, Tuzla, Srebrenica, Konjic, Mostar. Women, religion, war, violence, art thrown on the screen like dice on a chessboard or played at Russian roulette. A dance school, the corridors of the faculty of Islamic pedagogy, the classrooms of rock music, the hill of Medjugorje… these are the places from which the characters set out on their quest.

At the Miela Theatre at 14:15 the focus turns to the Wild Roses debuts, which this year turns the spotlight on Georgian female filmmakers. The first film we see is GRZELI NATELI DGEEBI by Nana Ekvtimishvili, Simon Gross (In Bloom, Georgia – Germany – France, 2013, 35mm, col., 102′, Georgian language version). Early 1990s in Tbilisi, in an independent Georgia after the collapse of the USSR. The country faces a war on the Black Sea coast (in Abkhazia) and episodes of summary justice plague everyday life. But for Eka and Natia, two inseparable friends of fourteen years old, life is opening up, in the street, at school, with friends and their older sister, for these two blossoming girls, life is blossoming.
At 16:15 we see KREDITIS LIMITS by Salomé Alexi (Line of Credit, Georgia – France – Germany, 2014, HD, col., 85′, Georgian language version) Forty-year-old Nino led a wealthy life in the days of the USSR, but in the Georgia of 2014 he finds it difficult to cope with the changes. Little by little he sinks into debt, the victim of a vicious circle he cannot escape. Nino’s story is that of 172,300 families, 14% of the country’s population, who lost their homes due to mortgages in 2009-2013.
At 18:15 we finally have ANAS CKHOVREBA by Nino Basilia (Anna’s Life, Georgia, 2016, HD, col., 108′, Georgian language version). Anna is a single mother who works several jobs to make a living and pay for the necessary treatment of her autistic son, who is in an institution. One day she decides to leave everything behind and take him to the United States. But getting a visa and buying tickets is not so easy. So she sells her flat and entrusts all her possessions to a man who can help her obtain false documents. But can she really trust him?