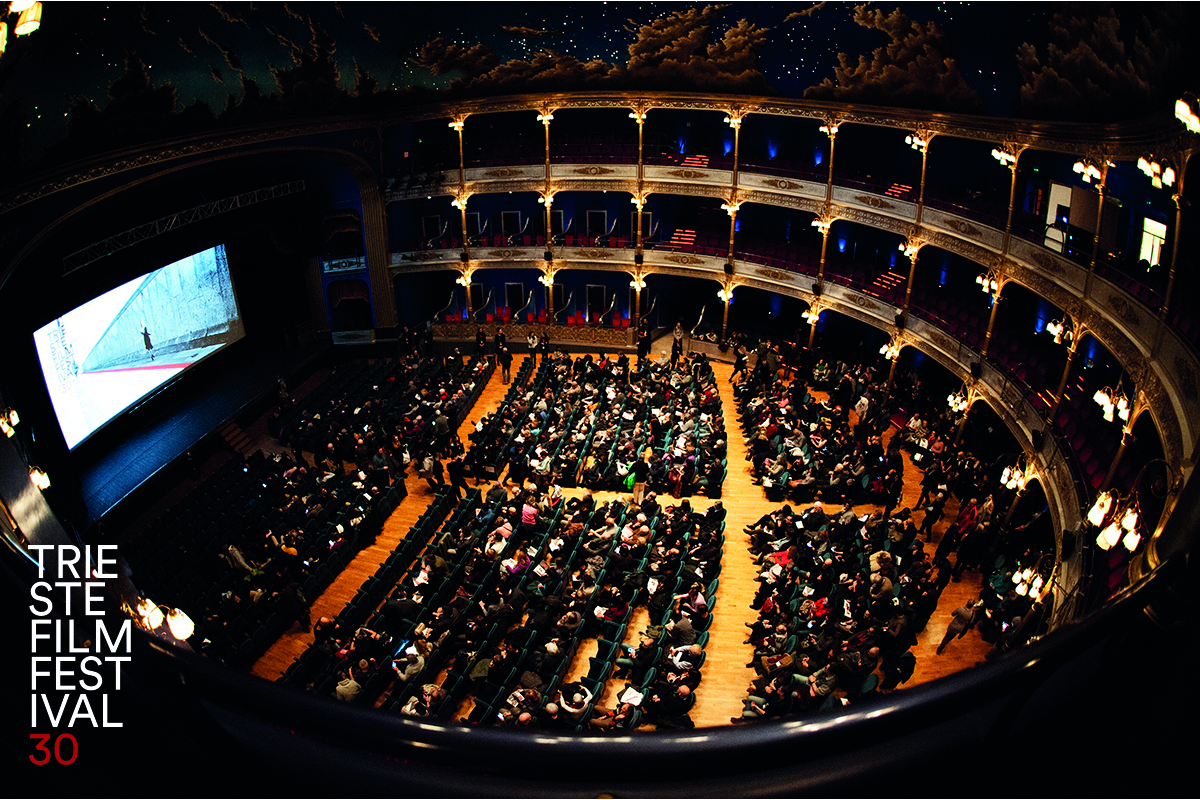 Trieste Film Festival, directed by Fabrizio Grosoli and Nicoletta Romeo, was born on the eve of the fall of the Berlin Wall (the “zero” edition was in 1987) and is the leading and most important Italian event dedicated to Central and Eastern European Cinema. It continues to offer a privileged observatory on film productions and directors that are often less known to Italian and more generally ‘western’ audiences. More than just a festival, it acts as a bridge that puts the different latitudes of European Cinema in contact, discovering in advance the names and trends that are destined to leave their mark on the international panorama.   The Trieste Award for the Best Feature Film in competition goes to DELEGACIONI by Bujar Alimani; set at the end of 1990, it is about the extreme attempt of the communist regime to “convince” international public opinion of the progresses in human rights in Tirana. The Alpe Adria Cinema Award for the Best Documentary in competition goes to CHRIS THE SWISS in which Anja Kofmel seeks to shed light on the mystery that even today still surrounds the death of her cousin in wartime Croatia in 1992. Finally, the Osiride Brovedani Foundation Award for the Best Short Film in competition goes to LAST CALL by Hajni Kis from Hungary.   The celebrations for the festival’s thirtieth anniversary have come to life and will bring some of the titles (and authors) that have shaped the history of the festival to the city until January 25th.

The list of prizes awarded is as follows:
***
TRIESTE FILM FESTIVAL – THE WINNERS
The audience declared the following winners:

SHORT FILM COMPETITION  The OSIRIDE BROVEDANI FOUNDATION AWARD for the Best Short Film (€ 2,000) goes to: LAST CALL by Hajni Kis (Ungheria, 2018)
***
The SALANI AWARD supported by Parovel 2019 (€ 2,000), assigned by a Jury composed of Caterina Mazzucato, Judit Pintér and Rino Sciarretta goes to:
MY HOME, IN LIBYA by Martina Melilli for the following reason: With originality, the work tackles a story that existed both in reality and in the memory of somebody who has been deprived of his liberty. With regards to formal aspects, the various levels of language are very interesting.

***
The SKY ARTE AWARD assigned from the Sky Arte HD channel through the acquisition and the broadcasting of one of the films of “Art & Sound” was awarded to:
RUBEN BRANDT, A GYÜJTÖ (Ruben Brandt, Collector) by Milorad Krstić (Hungary, 2018)

***
The OSSERVATORIO BALCANI E CAUCASO AWARD for the Best Documentary in competition goes to:  CHRIS THE SWISS by Anja Kofmel (CH – D – HR – FIN, 2018) for the following reason:   ”The Award goes to Chris the Swiss by Anja Kofmel for the virtuous balance between a personal biography and the greater historical narrative, for the original and direct style with which the film narrates the incident of the young reporter, a victim of the violence he wishes to understand. Because it presents the outcome of an investigation that is still relevant and pursued with tenacity on the foreign fighters in the war in Croatia. It offers a profound reflection on evil and on the ease with which one slips into the spiral of violence. Finally, because its examination of the war in 1991 reminds us how fragile our society is.

The EASTERN STAR AWARD 2019 goes to somebody from the world of cinema who, just like the festival, has created bridges between the cinema of Eastern and Western Europe. This year, the Award goes to the director MILČO MANČEVSKI, winner of the Golden Lion in Venice in 1994 for ‘Before the Rain’ and director of the Western ‘Dust’ that – in fact – becomes an ‘Eastern’, shifting from today’s America to early-Twentieth century Macedonia.

The CINEMA WARRIOR – CULTURAL RESISTANCE AWARD, for the determination, sacrifice and madness of the “warriors” who work – or better: fight – behind the scenes for cinema, is awarded this year to the director of the Sarajevo Film Festival MIRSAD PURIVATRA.

The CEI (Central European Initiative) AWARD 2019 (€ 3.000) goes to ŽELIMIR ŽILNIK for the aesthetic and intellectual harmony of a leading figure in Yugoslav cinema, who has been experimenting with new forms and languages since the 1960’s, and whose new film exposes both the marginalised groups of today and the emerging fears in Western societies.

The CINEUROPA AWARD, assigned to the best feature film in competition by the first European online information portal that promotes cinema and culture, goes the TERET (The Load) by Ognjen Glavonić (SRB – F- HR – IR – Q, 2018).

The PAG JURY AWARD, assigned to the best feature film by a jury made up of young people between 18 and 25 years of age who represent youth associations, goes to DELEGACIONI (The Delegation) by Bujar Alimani (AL – F – GR -RKS, 2018) for the following reason:
The director moves smoothly like water, a highly symbolic element throughout the film, through the intricacies of the historical-political paradoxes reinforced by the study of light and colours. [:]