The Trieste Film Festival in recent years has contributed to the birth of projects that have been consolidated and still take place immediately after the end of the event in January, as a natural continuation of a part of the program that continues to travel to cinemas (TSFF in Tour) or that start before the beginning of the festival and have their climax during the event (training program EU CIAK). These are projects that without the festival would not have been born and that are closely linked to the event, to disseminate the film culture of our areas both in schools and in other regions of Italy. 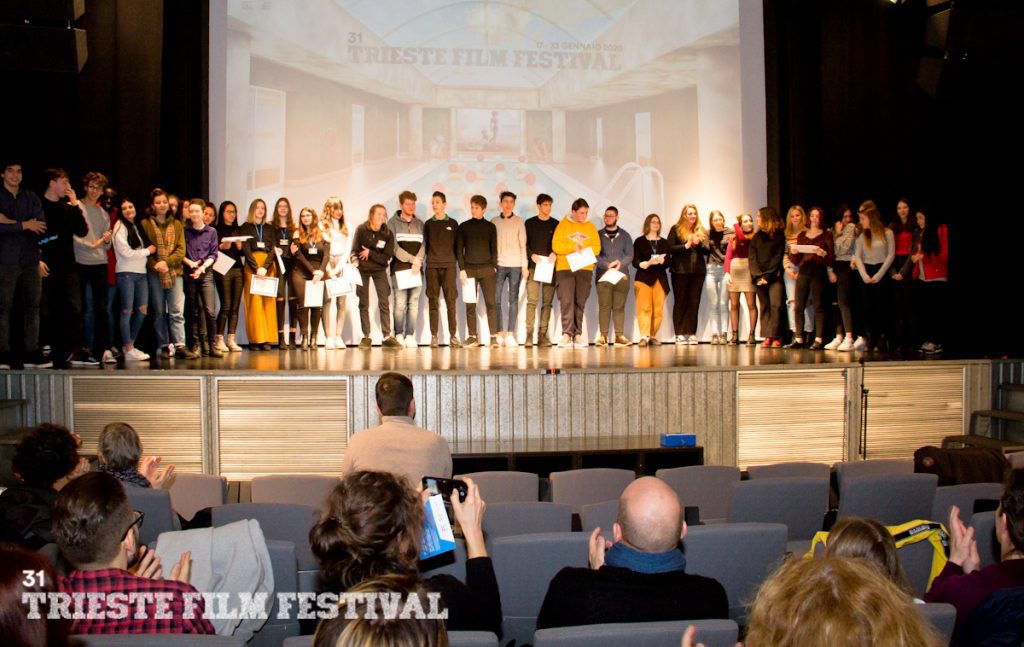 The second edition is aimed at 4 third classes of the Institute S.Sandrinelli (about 80 students). In each class is proposed a path of 8 workshops for the writing of a subject and the production of a short film. The theme chosen for this second edition is the impact of technology on the lives of students.

During the workshops, the participants are accompanied by professional video-makers in the collective writing of a script and organize a real film crew in which each student plays a specific role: from the director to the prop maker, from the sound engineer to the camera operator, from the costume designer to the actors… The result is a short film that is the result of a participatory work, in which the contribution of each is relevant, recognized and shared.

The students are given ample space to compare and discuss the chosen theme thanks to the suggestions and stimuli provided by their tutors. The short films are then presented to the public and projected at the Miela Theatre at the end of the project. The audience present in the hall is called to vote for the best short film which is then awarded during the Trieste Film Festival.

The project aims to make young people protagonists of a participatory and dynamic path, in which they can express ideas that then, thanks to the audiovisual and cinematographic language, are represented in the short film.

The video then becomes a tool for an effective and engaging synthesis of their ideas and the message that will be conveyed. In this way the boys, in a first phase of work, confront each other and dialogue with the aim of writing a subject; then, from authors, they become actors, directors, makeup artists, camera operators: they learn to know the basic cinematographic techniques and put them into practice for the construction of the film in which they will be the absolute protagonists, in front of and behind the camera.

EU CIAK is for us a vehicle for promoting the festival and film culture, a path of training and growth for the “audience of tomorrow”.

Do you want to bring the project to your school? Write to us! aac@alpeadriacinema.it

With the support of