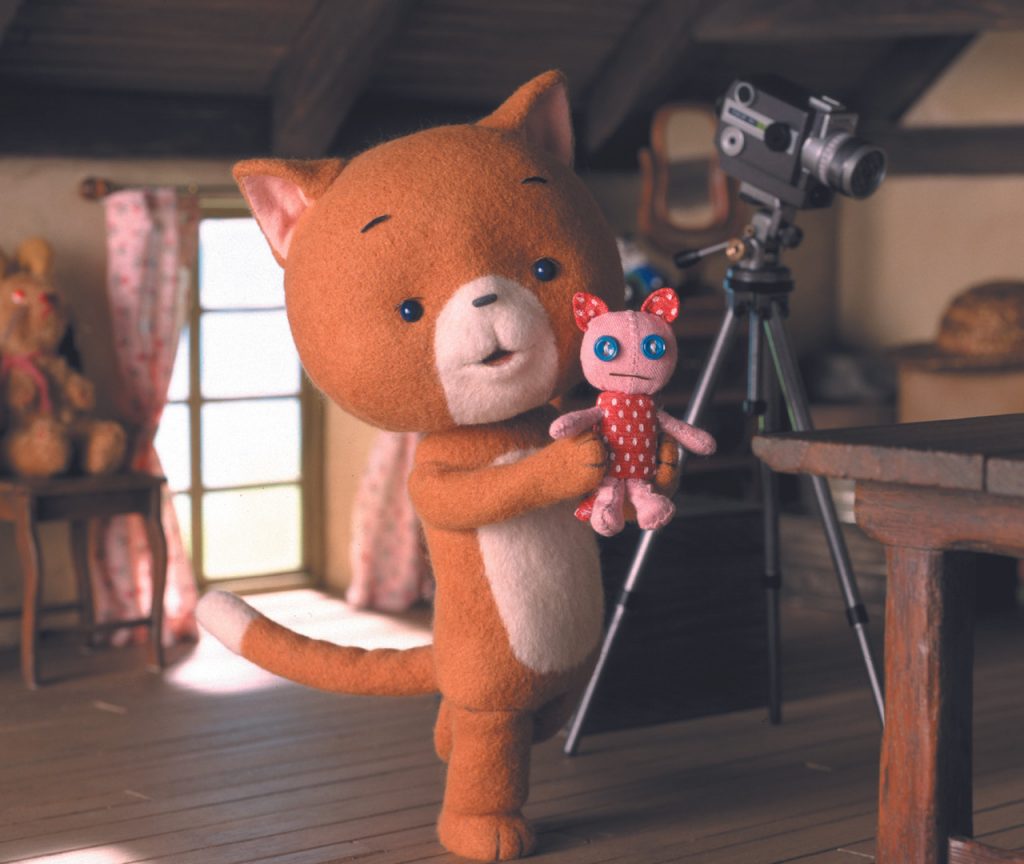 TO EACH HIS OWN CINEMA & WINTER TALES

Two series of entertaining and original short films chosen by Schermi e Lavagne, the educational department of the Cineteca di Bologna, for our audience of young cinephiles.
In To each his own cinema (28’) we rediscover the pleasure of the cinema experience through many films, animated and not, in which cinema itself is the protagonist. The darkness, the beam of light from the projector and the magic of film will transport you into a world of stories and emotions to be experienced together.
Next, in the second selection of short films, Winter Tales (36’), you will find lots of little stories, from countries and eras far and near, to warm up a cold winter afternoon.

Tickets can be purchased at Teatro Miela on 22nd and 23rd January 2022.

please note that a Green Pass Rafforzato and a FFP2 mask are required for access to the festival sites (for those over 12 years old).

TO EACH HIS OWN CINEMA

The first animated film in the history of cinema shows us a cinema hall in which a little man and a lady wearing a very flamboyant hat are sitting and ‘enjoying’ the show. The narrative borrows from vaudeville shows: a series of sketches, gags and comic situations made even more surreal by the animation. Made with the technique of traditional drawing on paper, the film was later filmed in negative so that it would give the sensation of a drawing traced on a blackboard.

Written by William Joyce, author of the short film The Fantastic Flying Books of Mr. Morris Lessmore and over 50 children’s books, a tribute to silent cinema and in particular to Chaplin and Keaton. In a grey city, a little girl and a funny man (Keaton) perform in the street with a shadow theatre that shows a silhouette of a dancing Chaplin Tramp. A sudden rain forces our protagonists to take refuge in an old cinema and there, in the darkness of the space, the magic of cinema begins.

Jerusalem, 1938. In a divided city, two children meet at the Cinema Rex. He speaks only Hebrew, she only Arabic, but despite their linguistic differences, the two children manage, thanks to the magic of cinema and storytelling through images, to create a true friendship. Mayan Engelman and Eliran Peled are two award-winning directors whose films are presented all over the world. Cinema Rex is a short animated film, based on a true story. The Rex Cinema, which operated between 1937 and 1939 in Jerusalem, was one of the few businesses co-owned by Jewish and Arab owners at the time.

In the village of Zhanxiou, a group of children find a very original way to make a film projector work. The film is part of a larger project, a collective film called To Each His Own Cinema, produced by Gilles Jacob to celebrate the 60th anniversary of the Cannes Film Festival.

On a starry night, two neighbours called Pat and Mat find a film reel and a projector. Sharing a passion for DIY, they try to screen the film, but the small size of the house is not ideal for a cinema. In Pat and Mat – Popcorn the adventures of our two protagonists continue, this time in the kitchen.
The Czech stop-motion animated series is produced by Lubomír Beneš and Vladimír Jiránek for the national television of the Czech Republic. The first episode was broadcast in 1976 and since then 130 episodes, 8 mini-episodes and 3 feature films have been produced, testifying to the series’ great popularity throughout Eastern Europe.

Koma is a little cat with a passion for cinema, curious about everything but especially about how stories are created and told in films. One sunny day, Koma decides to make her own film: she imagines the storyboard, builds the puppets, sews the costumes and designs the sets. She works meticulously with his 8mm camera. It takes a long time to make a film frame by frame… but what a joy it is to see the images come to life on the screen and watch the screening with friends!

A picture of finely woven lace reveals the bright autumn colours of a Russian forest; then an elegant fox steals the colours of autumn: winter has come. Animals fall asleep, a little girl cuddles in blankets. A small jewel of animation made by mixing many different materials, from plasticine to embroidered fabrics.

It is snowing. Lily and her grandfather prepare a little wooden house as shelter for the birds during the winter. But how will the other animals protect themselves from the cold?, the little girl wonders. A small mitten left at the foot of the tree could be the solution. A source of joy and anxiety at the same time, the arrival of winter represents a transition, a very strong transitory state. Thus, the notion of cold, fragility, precariousness, as opposed to warmth, protection, welcome all appear in this film without dialogue, essential for little Lily’s growing sense of awareness.

In everyone’s heart lives a child and his star. Every Star is a story that takes place between the city and nature. A mysterious child from the countryside collects stars and sends them to every city child, who is unable to see the stars through the smoggy sky.

A huge grey wolf threatens the flocks of a small village in the tundra, but the generosity and selflessness of a little girl who can look beyond the animal’s menacing appearances will lead the wolf to reveal a kind and loyal heart.

A little red squirrel enjoys playing in the snow with his sled. The idea for the film came from a drawing that author Olesya Shchukina made for a greeting card. “I grew up in Russia and I am very familiar with snow,” says the author. “I like winter landscapes, especially when it is freezing outside and the trees are covered in snow. I mixed shapes and lines to create my winter backgrounds.”

Black on white: the skin of an African boy, the spots of a leopard and the stripes of a zebra stand out against the snow. This is the geographically unexpected but graphically enchanting combination that Russian director Natalia Chernysheva chose for her graduation film. It is a paper snowflake sent by post from a northern country that causes this magic, covering the African savannah with snow. The child who received this surprising letter then discovers the joy of winter: eating a snowflake, slipping and rolling in the snow… We thus enter a stylised universe, minimalist in both narrative and graphic terms, where the only colour present is red, the colour of the coat and the fire that warms the animals and the child.