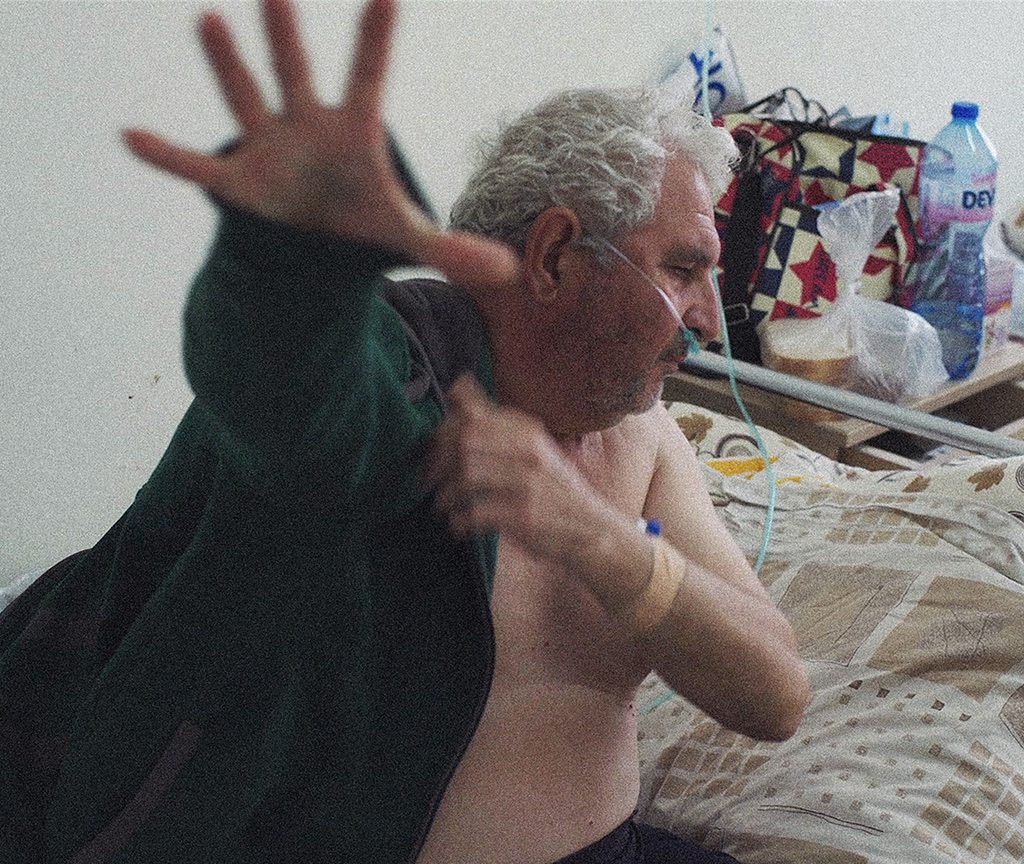 Kyustendil, a sleepy town in the Bulgarian mountains, has been hit by Covid, hard. In a close-knit community, patients meet former classmates in the same hospital room. Banter can often be heard through corridors, but death is never far. Many patients live in constant fear of deteriorating quickly and being sent ‘upstairs’. ‘Upstairs’ is the intensive care unit, where only a handful are known to have survived. Presiding over the perpetual stream of complicated cases is Dr. Popov. Tall and kind-hearted, for some he has a witty line, for others a quote from Kant. Some of them misfire, but through the quiet dread in the hospital, he emits a mountain of human warmth. Unexpectedly, light and laughter echo through the hospital halls…It is a profound documentary observation on the pandemic subject with delicate character-driven scenes, gradually unfolding details. The directors have spent some seventy days with full access to the hospital’s Intensive Care Unit, sometimes serving literally as medical assistants to the doctors. Due to its nature the film has been almost entirely self-financed.
The film premiered at the latest Karlovy Vary IFF.

Ilian Metev
Ilian Metev was born in 1981 in Sofia. In 2008, he graduated from the National Film and Television School in the UK, where he has been teaching since 2019. His multi-award-winning Sofia’s Last Ambulance was also presented at the Trieste FF in 2013.

Ivan Chertov
Ivan Chertov has been working as camera operator in various feature and documentary film productions for both local Bulgarian and foreign films. A Provincial Hospital (2022) is his directorial debut.

Zlatina Teneva
Director, line producer and researcher, Zlatina Teneva graduated with a BA Journalism from Sofia University, in 2018. Since then, she has worked for ARTE and Deutsche Welle. A Provincial Hospital (2022) is her directorial debut.