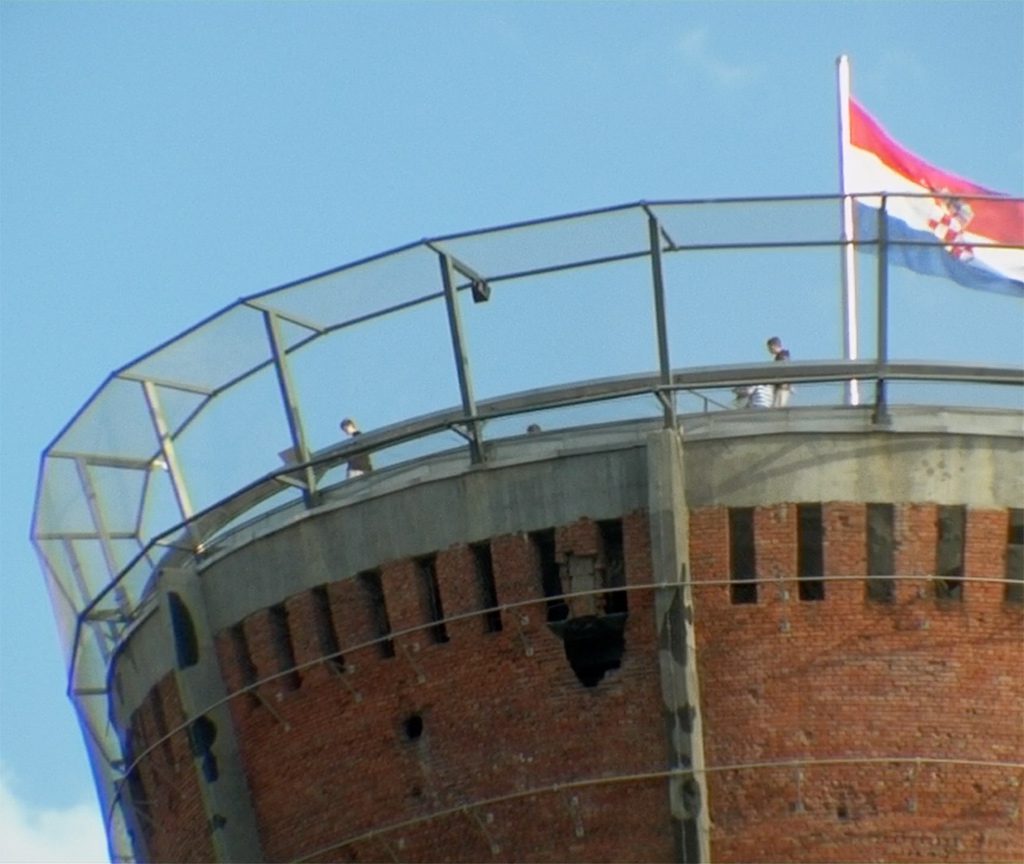 A SOFT HISS OF THIS WORLD

A city in the far East of Croatia, rebuilt after its utter destruction in 1991. On a peaceful spring morning, traffic flows and schoolchildren are visiting memorial sites. A silent presence crosses the city, as the lyrics of a melody carried by the wind. The film premiered at 2022 Doclisboa IFF.

“The city of Vukovar, covered during the 1990s with rubble and corpses crammed on the streets, today is a controversial place of memory and symbol of the sufferings for Croatia’s independence. An anonymous figure wanders around like a spectre carrying plastic bags through the cleaned up streets. On the water tower, anonymous hanging monument, a group of students on a trip and a fluttering flag are the warning of something that cannot be omitted. A Soft Hiss of this World, in its spring atmosphere flooded with dense particles of white pollen, reflects on the silence of History, becoming an experience of appearance and disappearance: silence in the tumult, solitude in the crowd, stillness in the torment.” (F. Cammarata, F. Foscarini)

Federico Cammarata
Federico Cammarata was born in 1993 in Livorno, Italy. He graduated in documentary filmmaking at Centro Sperimentale di Cinematografia in Palermo. His film Salvo was in the official selection at Doclisboa 2020 and Festival dei Popoli, among many other festivals.

Filippo Foscarini
Filippo Foscarini was born in 1990. He graduated in comparative literature at Ca’ Foscari University in Venice and in documentary filmmaking at the Centro Sperimentale di Cinematografia in Palermo. His first short film, Africa Bianca (The Imperial Lullaby), directed with Marta Violante, was screened during the Torino FF in 2020.