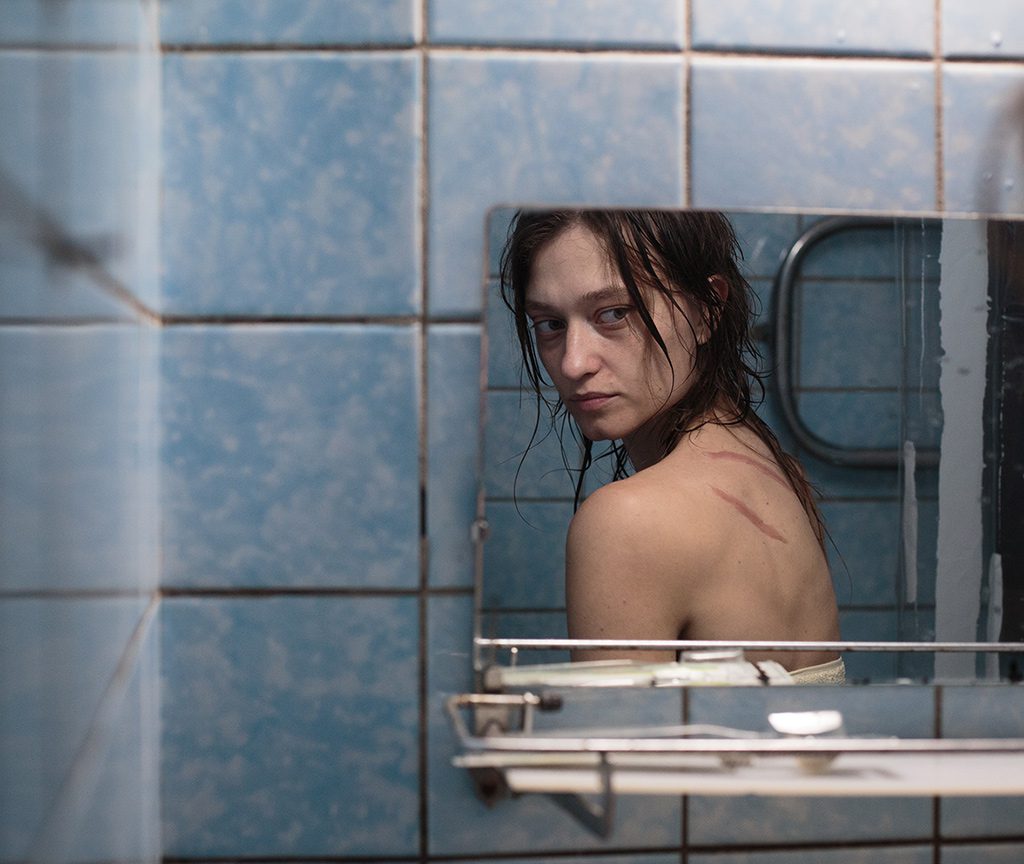 After spending months as a prisoner in Donbas, Ukrainian aerial reconnaissance expert Lilia returns home to her family. But the trauma of captivity continues to torment her and surface in dreamlike ways. Something growing deep within Lilia will not allow her to forget, yet she refuses to identify as a victim and will fight to liberate herself.
The debut film Butterfly Vision premiered at the latest Cannes Film Festival in the “Un Certain Regard” competition.

“The idea for this movie came to me back in 2018 while I was editing a documentary about Ukrainian women who were fighting in the ongoing war. One of the protagonists said that she had made a deal with her fellow combatants: they would kill her rather than let her be taken prisoner by the enemy. And I began to think about how what awaits a female soldier captured by the enemy could be worse than death. Coming up with the plot, I understood that I wanted it to be a story about hope and humanity in utterly hopeless circumstances. Since 2014 thousands of soldiers have returned from war, and they do not always receive a warm welcome at home as one would expect. Some end up feeling humiliated or aggressive, harming themselves and other people, or simply unable to find a suitable place for themselves. To explore this situation in an ethical way, I tried to shoot as neutrally as I could, without labeling or highlighting anything as right or wrong. In the face of trauma, everybody is equal.” (M. Nakonechnyi)

Maksym Nakonečnyj
Maksym Nakonechnyi is a Ukrainian director and producer. He received his degree in directing from Karpenko-Karyj University of Theatre, Cinema and Television in Kyiv (2012). He co-founded the independent production company Tabor.