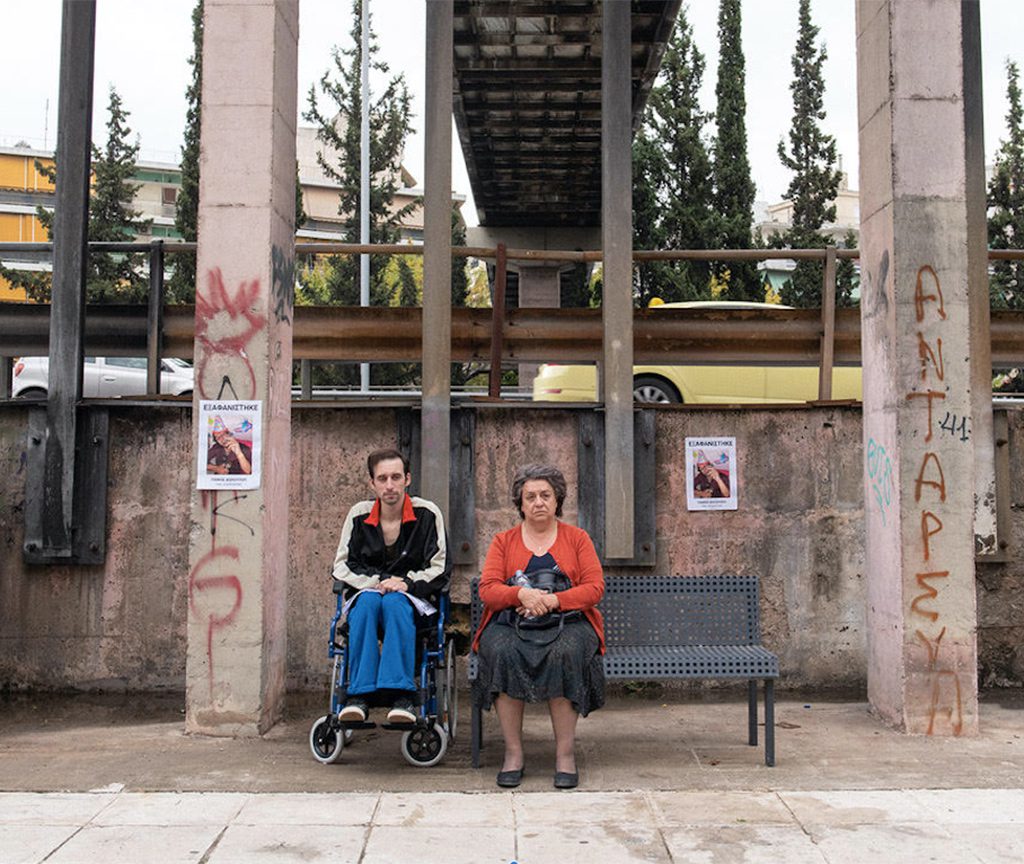 A documentary filmmaking duo stumble upon a desperate, overprotective Greek mother searching for her missing civil servant son. But when his name is linked to government fraud with a foreign female accomplice, she sets out with her other disabled son to clear his name and bring him home. Black Stone premiered at the International Thessaloniki Film Festival.

“Black Stone is a Fake documentary with some Mockumentary elements. By using the Documentary form and black humour it seemingly tells a true story which in reality is fiction. The power of a Fake documentary/Mockumentary lies in the fact that it can touch upon very important and serious matters through the use of humour and the illusion of truth. Black Stone is a fictional story about real life. A window into the modern Greek tragedy. It is the story of a Greek family that reflects upon a whole society, a whole country in disintegration … This is the comic-tragic attempt of the traditional Greek family trying to adjust to a new Greek reality in a world that is changing. An impossible to untie, knot of the ever so complicated Greek reality which traps its heroes the more they squirm. Any attempt to solve or face it will always end up with the same outcome… the knot tightens. The driving force behind our story is our protagonist, the Greek mother, Charoula and her universe.” (S. Jacovides)

Spiros Jacovides
Spiros Jacovides was born in 1974 in London and studied Directing in Stavrakou college after having completed his Film Studies degree from the London College of Printing. In 1998 he became a guest student of the German Film and Television Academy in Berlin (DFFB). He is a writer, producer and director. So far, he has written and directed three short films. Black Stone is his first feature film.