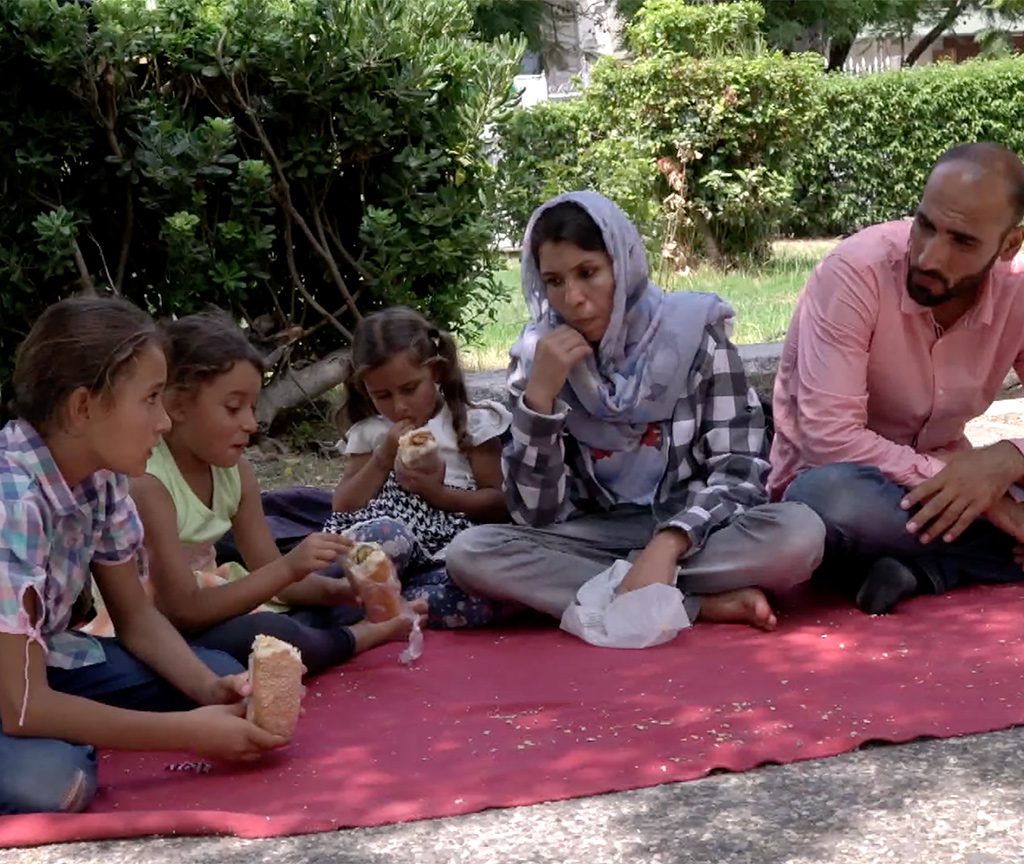 One year into his life in Moria, the biggest refugee camp in Europe that’s burnt down in 2020, a 37-year-old Afghan filmmaker Talib Shah Hossaini finds himself on the verge of loosing hope but, instead of giving up, he makes a fictional film via which he explores his complex reality and indefinite future. Director Lina Lužytė observes Talib Shah, using the meta film as a magnifying glass to blow-up the reality. The documentary was presented at CPH:DOX in Copenhagen.

“With the heightened anti-migrant sentiment in Europe, many EU countries shut their borders, leaving thousands of refugees trapped in hotspots on the Greek islands…We could see this as EU’s political impotence, yet for me it looks more of a strategy to shove the unwanted ones under the carpet. But how long will this strategy last? Is Europe, which stands for solidarity, human rights and a safe haven for victims of war and violence, really going to keep innocent men, women and children imprisoned for life?”  (L. Lužytė)

Lina Lužytė
Screenwriter and director, Lina Lužytė was born in 1985 in Vilnius, Lithuania. She graduated in Film Directing from the Lithuanian Academy of Music and Theatre. Her films were screened in numerous international festivals and won several awards.