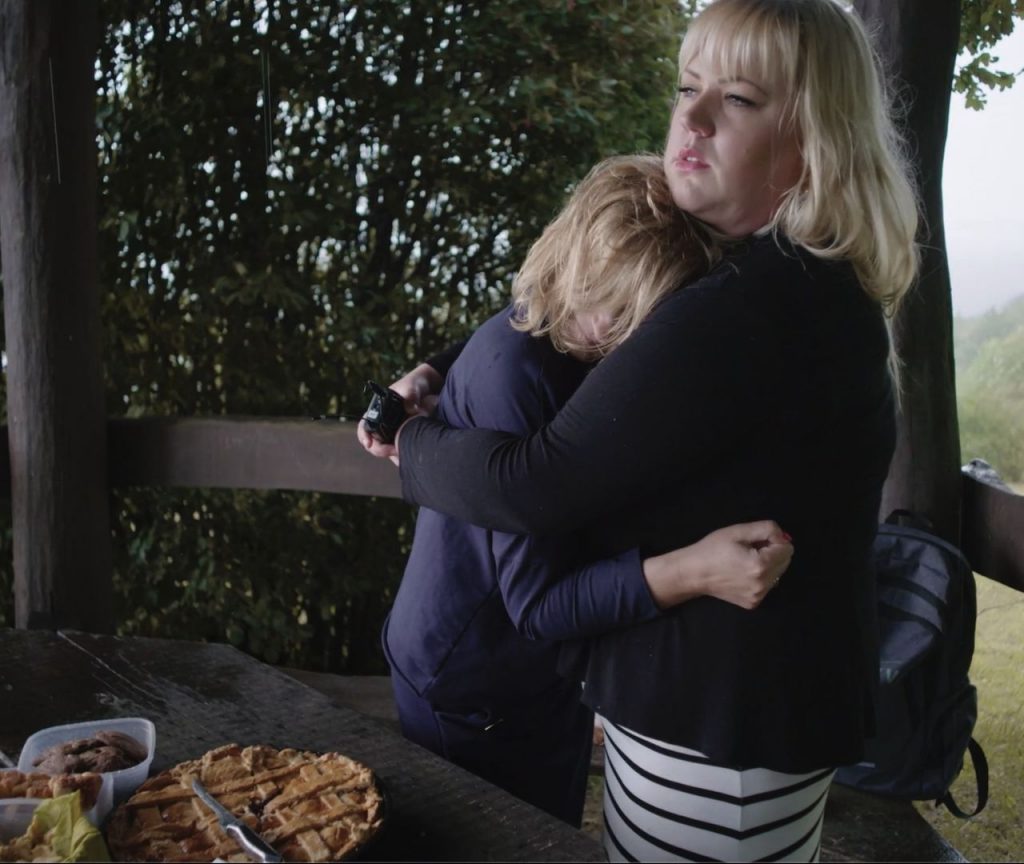 Two women, a psychologist and a police officer, engage into a challenging mission – to reduce the record suicide numbers in their bucolic hometown. Valija and Gintare provide door to door empathy and compassion, healing the loneliest members in their community. At the peak of fear to loose another life, the women form a resourceful friendship. Together they succeed to minimise the crisis and prove that suicide prevention can be effective.
The film had its premiere at DOK.fest in Munich.

“Suicide is a dramatic circumstance in the documentary, however, the main characters are animated by strong inner positivity, heart-warming compassion and sense of humor… In order to strengthen the impression of these two main moods, we alternate observational moments from the characters’ dynamic routines with poetic pauses of intimate reflections. Throughout these pauses, we shift the focus to the bucolic surroundings of Kupiškis. By exploring the countryside, landscapes of nature… we intend to convey the feeling of the inner world of our main characters, as well as that, of the villagers.” (V. Vareikytė, M. Dejoie)

Virginija Vareikytė, Maximilien Dejoie
Lithuanian filmmaker, Virginija Vareikytė was born in 1986. She graduated in Audiovisual Directing from the Lithuanian Theatre and Music Academy. Italian director, Maximilien Dejoie was born in 1987. After obtaining a degree in acting and history of theatre and attending a master course in photography, he started working as a director of TV documentaries. In 2016 they presented their first feature-length documentary together, When We Talk About KGB, screened at Trieste FF and in more than 20 international film festivals. I’ll Stand by You was one of the selected project at Last Stop Trieste in 2020.