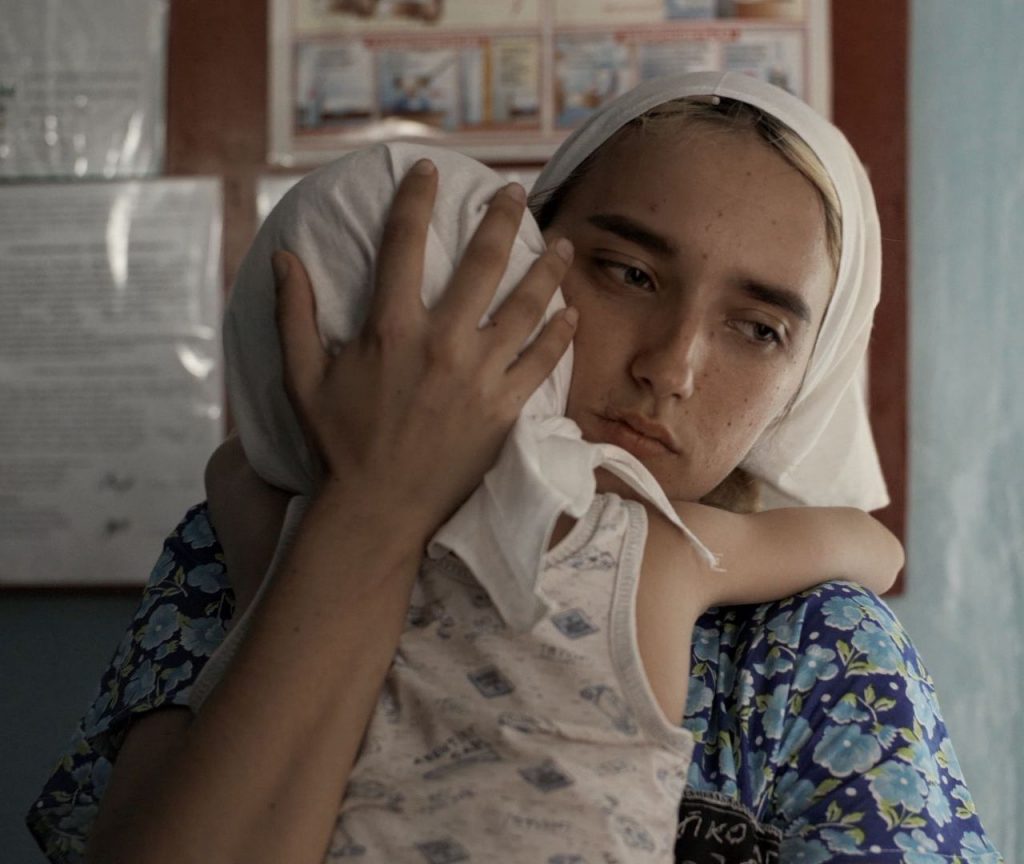 Lesya has committed a crime of passion which brings her a seven-year sentence in one of Odessa’s women’s correctional facilities. She has just given birth to her first child, and now she is entering a world populated only by women: inmates, nurses and wardens, women of all ages, wives and widows, daughters, sisters, pregnant women, and women with children. If not for the colour of the uniform, it would sometimes be hard to tell who is who.
One of the winner projects of First Cut+ (WEMW 2021), the film premiered at the “Orizzonti” section of the Venice Film Festival, where it won the award for Best Screenplay.

“From among the many stories of the women in Colony 74, I was most inspired by that of a woman who murdered her husband out of jealousy and arrived in the prison pregnant with her child… Nearly all of the characters play themselves. We spent several years in an actual prison with actual convicts, trying to get close to them and film them not as passive objects, but rather as participating subjects. Seeing as most of the prisoners were awaiting conditional release … I decided to cast a professional actress to portray Lesya, knowing I could not risk losing my protagonist. Maryna was present during all the preparatory interviews and spent much time with the convicts … I wanted her to listen to them and try to understand them … I believe that what defined the women’s relationship towards me was curiosity. I did not ask them to do anything; I did not order them around. I simply observed and listened to them, and what they were willing to share with me, I translated into this film.” (P. Kerekes)

Peter Kerekes
Film director and producer Peter Kerekes was born in 1973 in Košice, now Slovakia. He graduated in film directing from the Film and Television Faculty of the Academy of Performing Arts in Bratislava. The Trieste FF presented most of his documentaries; among them Cooking History in 2010, Velvet Terrorists in 2015, in 2019 Occupation 1968 the omnibus documentary that he produced and in 2020 Batastories.