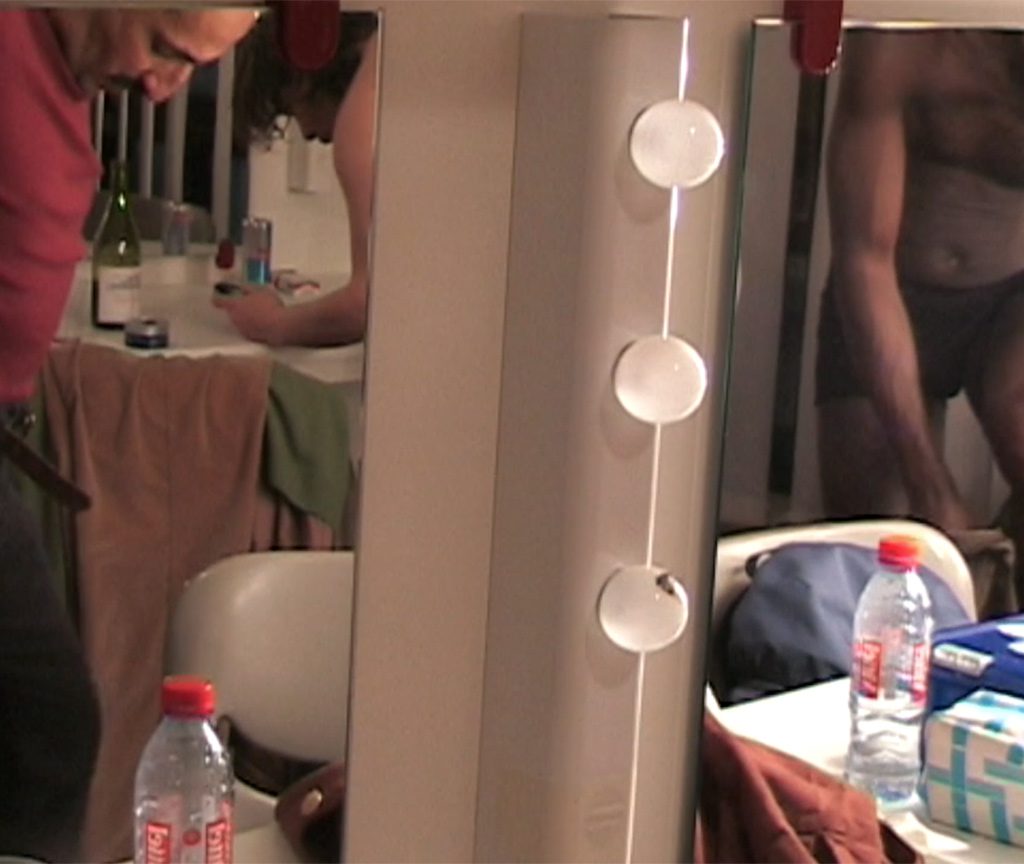 An actor films his colleagues with an amateur camera in the dressing rooms during a tour. An audiovisual diary bearing witness to the actor’s craft and its frailties. The film premiered at the 2022 Torino IFF.

“I received an invitation from Robert Bouvier, director of the Compagnie du Passage, to view the MiniDv tapes containing the video documentation of the tour of the show Cinq Hommes that took place in 2008. The documentation was made by Antonio Buil, one of the actors in the show… At first glance, the material was of low quality and with poorly recorded audio… The death of Boubacar, one of the actors, moved me, and I returned to see that footage with different eyes. The scene in which he says – … and although he wasn’t sure that he could, the fifth man wanted to write stories – led me to look for these five men, stripped of their masks behind the scenes and grasp those truths that could move me…” (C. Terlizzi)

Cosimo Terlizzi
Cosimo Terlizzi is a visual artist born in 1973. He lives and works in Apulia, Italy. Since the mid-1990s, in Bologna, he has been experimenting with different media. His films have been screened at Rotterdam IFF, Festival d’Automne in Paris, Kunstenfestivaldesarts in Brussels, Biennale Danza in Venice, Torino FF, Festival Internacional de Cine de Mar del Plata, London Int. Documentary Festival, Rome Film Fest.