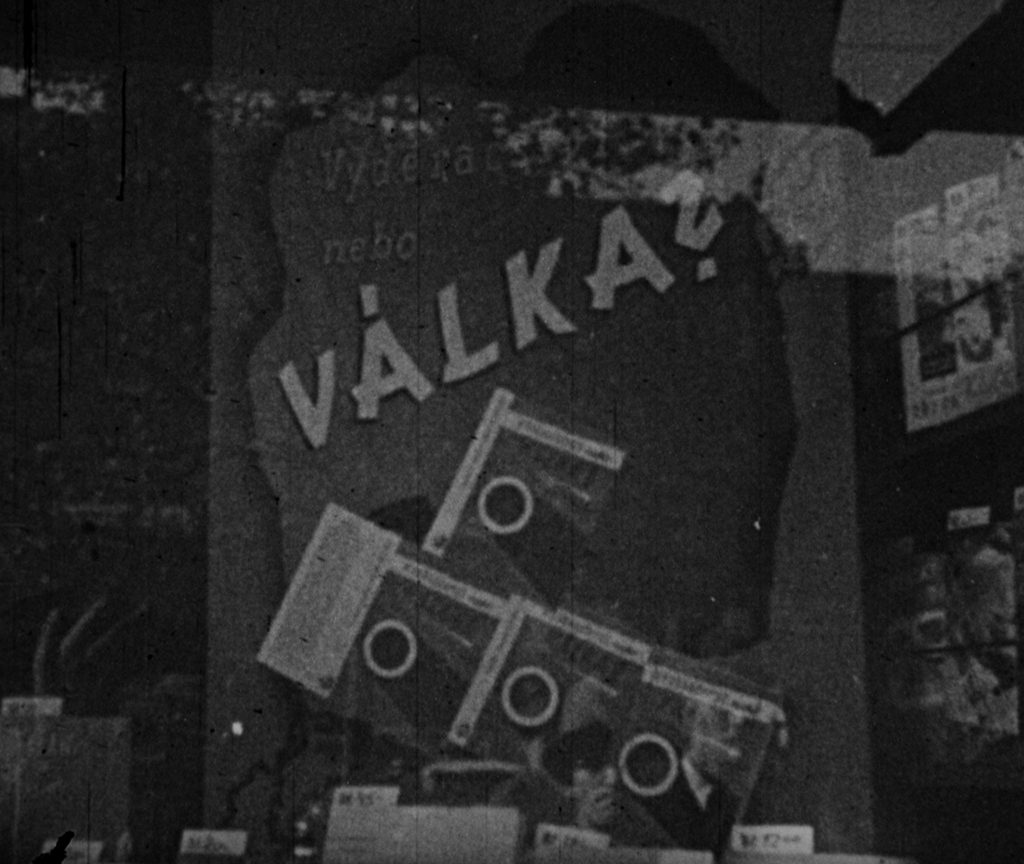 Crisis recounts the dramatic end of the First Czechoslovak Republic (1918-1939), as a consequence of the Sudetenland crisis. The film contrasts the tolerant and multi-ethnic character of Czechoslovakia, an asylum for political exiles and racial persecuted by the Third Reich, with the brutal aggressiveness of the latter. Hitler’s Germany fomented political violence in the German-speaking majority areas of Czechoslovakia, of which Konrad Henlein’s Sudetendeutscher Partei (SDP) was the collector, while Czech culture and society indifferently nurtured Czech, Jewish and German children, and the Dadaist comedians Voskovec & Werich satirized Nazi expansionism. But Germany, thanks to artfully mounted incidents and the dastardly acquiescence of British Prime Minister Neville Chamberlain and French Prime Minister Edouard Daladier at the Munich Conference (29-30/9/1938), acquired the Sudetenland area. This was the first stage in the dismemberment of Czechoslovakia, first with the claims of Poland and Hungary; then with the secession of Slovakia (14/3/1939) and the establishment of the Protectorate of Bohemia and Moravia (16/3/1939).