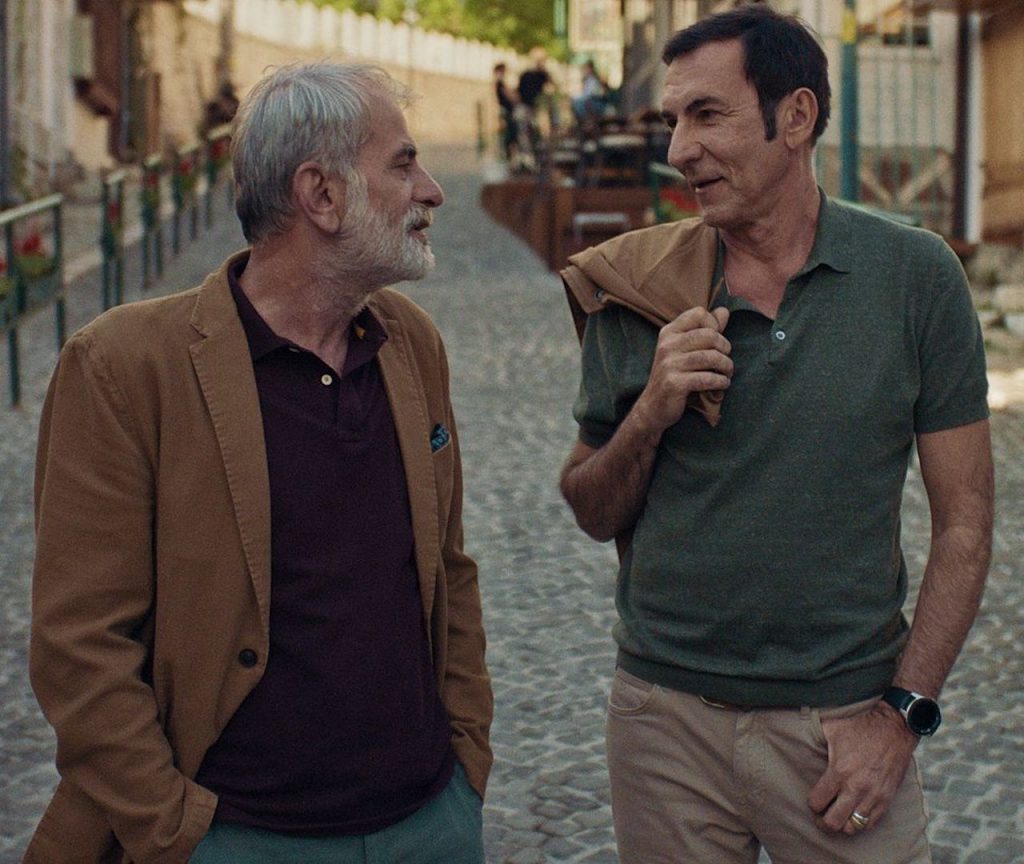 Sarajevo, May 2021. The Old Town is trying to recover after a long and difficult pandemic year. The pandemic is not over yet, but – the summer is coming, there is hope that things can improve, even if only for a short time. When a woman from Zagreb enters Enis’s shop one morning and says that she has come to eat “the best kebabs in Sarajevo” he sends her to Izo’s shop, so that Izo can also afford the traditional pleasure of the first morning coffee after the first customer service. This totally harmless, friendly gesture will cause the complete disintegration of the neighbours’ business and private life, engulfing not only Izo and Enis but the whole city. Where can one eat the best kebabs in Sarajevo?
The film premiered at the latest Sarajevo Film Festival.

“I am happy that the audience has the opportunity to watch our new film at festivals and cinemas. This is a romantic comedy about two friends who are caterers and competitors, but actually, they inevitably depend on each other. We were filming in a pandemic, shops were closed, people had distanced themselves from each other. The film shows Sarajevo from another angle which I find very interesting and shows how important cooperation is and not giving up on true values – friendship, love, good neighborly relations. I hope that the audience will laugh at least a little and that they will feel our good energy with which we made the film.” (D. Tanović)

Danis Tanović
Film director, screenwriter and producer, Danis Tanović was born in 1969 in Zenica, now Bosnia and Herzegovina. The war interrupted his studies at the Academy of Performing Arts in Sarajevo. Tanović’s 2001 debut feature No Man’s Land won the Oscar for Best Foreign Language Film. Besides No Man’s Land (proposed again in 2019, within the retrospective “1989-2019 Wind of Change”), the Trieste FF presented his features Cirkus Columbia (2011), An Episode in the Life of an Iron Picker (2014), Tigers (2015) and in 2019 Uspjeh (Success) the first HBO Europe series in the Adria region (Croatia, Serbia, Bosnia and Herzegovina, Slovenia, Macedonia and Montenegro).