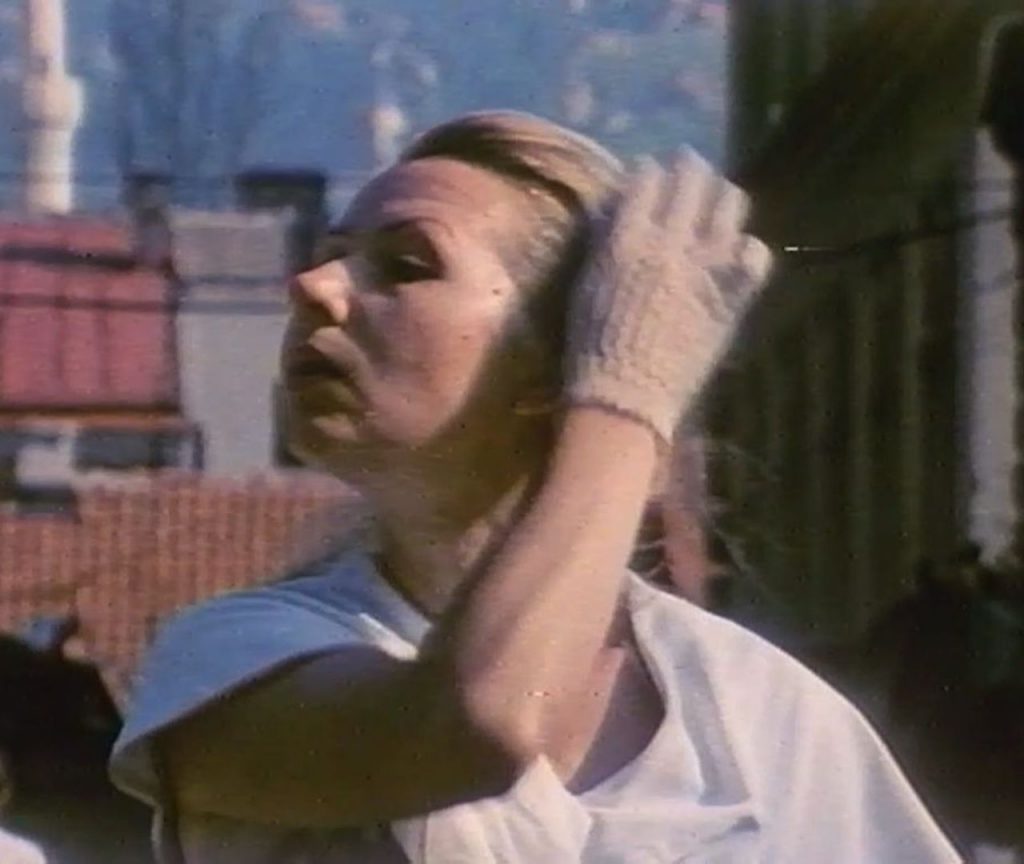 Ecce Homo is not a political film but a personal reflection on death. The film has no voice over, only images strengthened now and then with fragments of religious and other music and the hoarse croaking of crows.
The film was presented in about twenty festivals all over the world, including IDFA Amsterdam and Venice Film Festival.

“This film came into being when I realised that I could make it without any words. For some time, a particular sentence of a boy who appears twice in the film, had been echoing in my mind: ‘When this is over, they will all return to their homes and my brother will return as well. Only, he won’t grow bigger since in the grave you don`t grow more.’ Then I sacrificed even that sentence. Behold the man, behold Europe, America, behold the planet where, on one tiny spot of it, in Bosnia and Herzegovina, a man is dying at this very moment, being shot at, by all the weapons invented by man.” (V. Ljubić)

Vesna Ljubić
Vesna Ljubić was born in Bosnia and Herzegovina in 1938. After obtaining the Bachelor of Arts Degree from the Department of Philosophy at Sarajevo University she studied film directing at the “Centro Sperimentale di Cinematografia” (Italian National Film School) in Rome. During the second year of her film studies, she worked as an assistant director to Federico Fellini. For three decades, she works for the Drama Department at Radio Sarajevo where later she became Editor-in-chief and has realised hundreds of programmes. Was serving on juries at many film, television and radio festivals around the world. She passed away on April 5th 2021.