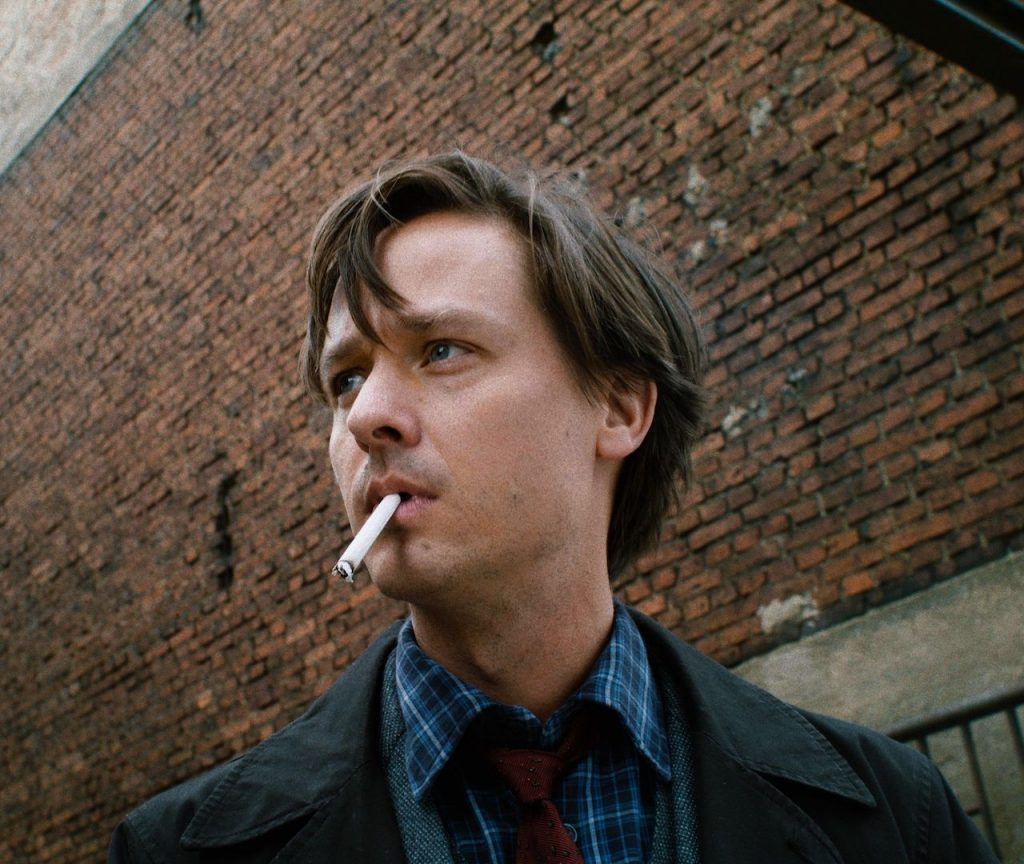 Berlin, 1931. Jakob Fabian works in the advertising department of a cigarette factory during the day and drifts through bars, brothels and artist studios with his wealthy friend Labude at night. When Fabian gets to know the self-confident Cornelia, he manages to shed his pessimistic attitude for a brief moment. He falls in love. Just as he is ready to take a more positive outlook on life, Fabian too falls victim to the great wave of layoffs, while Cornelia makes a career as an actress thanks to her boss and admirer. An arrangement that Fabian finds difficult to come to terms with. But it’s not just his world that is falling apart…
The film premiered at the latest Berlinale.

“Erich Kästner paints a portrait of his Berlin in the ‘everyday’ late twenties, 1929 or 1930: no picturesque urban grime; political tumult still halfway under control; no Fritz Lang-style underworld; definitely no expressionist artistic biographies; and no razzle-dazzle anywhere. Instead, the dreams, and maybe artistic ambitions, of the lower classes; and the existential despair of the wealthy bourgeois. Young people sit in groups or alone in apartments or cafés, drinking a lot, talking about their lovelives, or reflecting on their feelings in general … Fabian is at odds with himself. He wants to be a writer, but is a copywriter. Even in love, which crashes over him like a wave … he has to battle with himself, with the times he lives in. He is skeptical, smart, a bit of a grouch but an all-round sweetie. I was convinced that Tom Schilling could best embody Fabian. Without him, I don’t think I’d have made the movie.” (D. Graf)

Dominik Graf
Director for TV and cinema, screenwriter, Dominik Graf was born in 1952 in Munich. He graduated from Munich Film and TV Academy in 1980. In addition to his films, he is well known in his homeland for directing successful crime series, including several episodes of Tatort and Polizeiruf 110. After its premiere at the Berlinale, Fabian – Going to the Dogs was selected in many international film festivals, including Haifa and Busan.