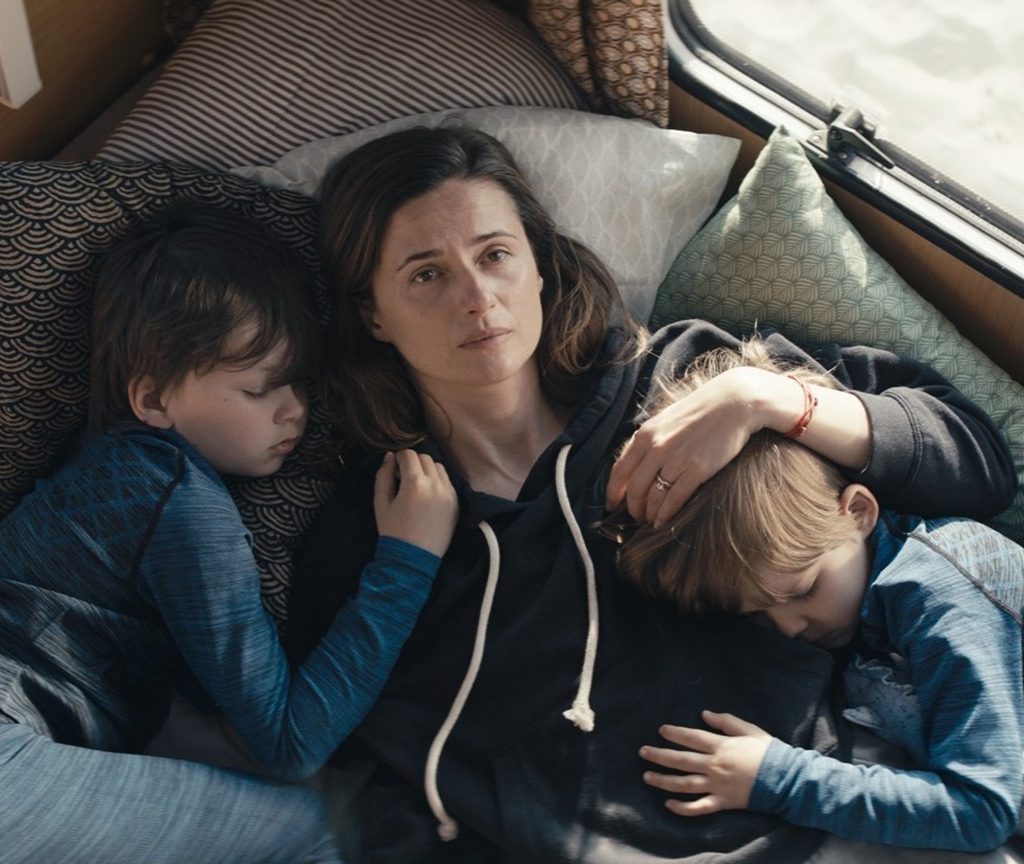 Two families who have known each other for years spend the long May weekend camping together as usual on the idyllic Danish island of Bornholm. However, the complex situation created by their children sets off a chain of events which turn what was originally to have been a promising, relaxing holiday into something akin to purgatory. The pitfalls of raising children, midlife crisis and partnership discord are the chief topics of this caustic comedy, where true-to-life characters who might on occasion seem ridiculous, cringeworthy or irritating, evoke at the same time a sense of compassion and sympathy. Because they’re like us.
Fucking Bornholm premiered at the latest Karlovy Vary FF.

“This is the story of a family, a couple, and of how relationships evolve over time. In Poland we have a very strong mother model, she is an important figure in our culture. Once you become a mother you have to be perfect, there are so many expectations weighing on women with children. I wanted to question this model: can we really combine all these roles? Can we reject them? Can we stop following the rules and create our own instead, in order to be happier? The protagonist questions her life, her marriage, as she tries to find a new path for herself.” (Braunschweig IFF, november 2022: Anna Kazejak interviewed by Julia Rutkovska)

Anna Kazejak
Internationally awarded director and screenwriter Anna Kazejak was born in 1979 in Poland. She attended the National Film School in Łódź. In 2005 with two friends she produced the much-celebrated, Ode To Joy, on the economic migrations of young Poles, presented at the Rotterdam IFF,  and followed by several others, which premiered at international film festivals worldwide. Kazejak stand out directing work in television was for numerous episodes of HBO Poland’s version of In Treatment. She is a member of the European Film Academy and board member of Polish Directors Guild.