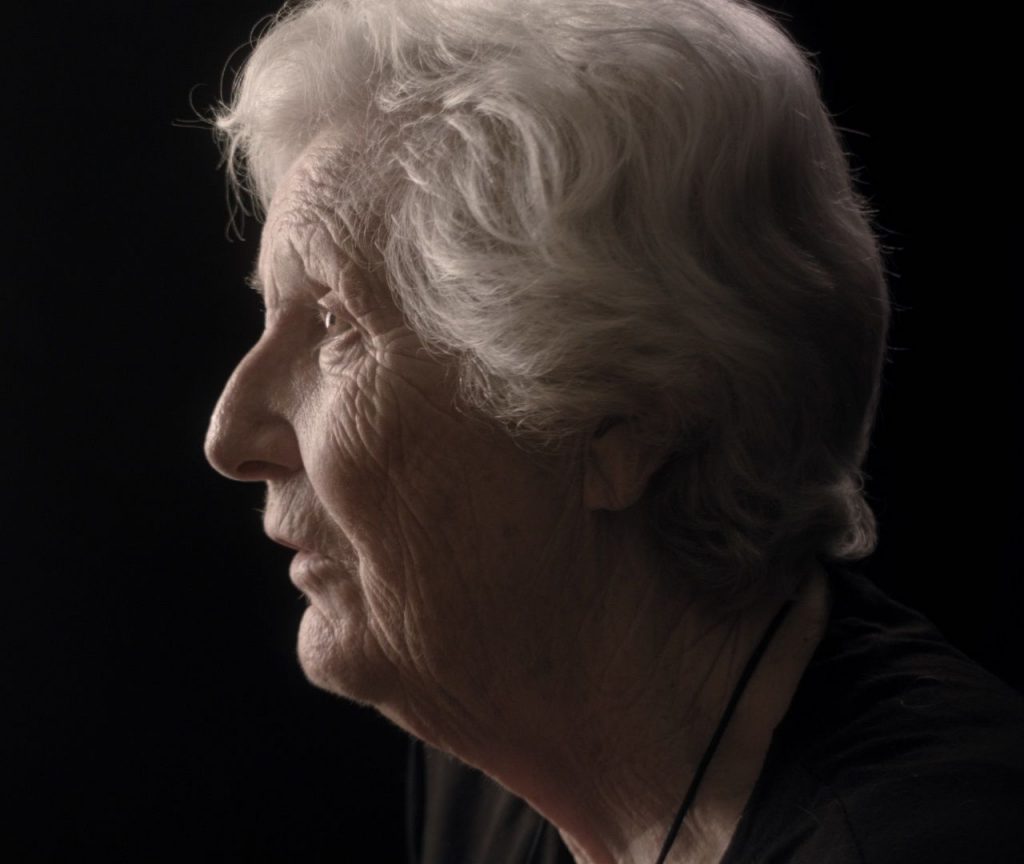 Giovanna Marini has recounted history and her stories in music. Since 1958, she has been composing, gathering, and interpreting songs of oral tradition, weaving a “different” chronicle of Italy, made of voices, people, pathways that don’t belong to those of the great and famous. A surprising voice, out-the-box and unconventional, unremitting, for sixty years she has traversed places, struggles and movements throughout Italy with her guitar in her arms.
The film premiered at the latest Torino Film Festival.

“Giovanna Marini is a complex figure who cannot be simplified. A musician, performer, composer, and teacher, she is a unique figure in the musical field. In that particular use of the voice, in the posture, in the timbre, in the rhythmic structure, there is something that breaks strongly with the pre-established system … Working with archival images, I became enthralled with the re-signification and reuse of historical sources. Material as the guardian of something deeply alive … an instrument for a circular rereading of the past… of our country’s subordinate cultures.” (C. Ronchini)

Chiara Ronchini
Chiara Ronchini was born in 1976 in Marino (Rome). Chiara began working in the film industry as an editor, but over the years has focused on directing. Her writing through images is always guided by a feminist gaze, careful to capture the complexity of the stories she composes and recounts.