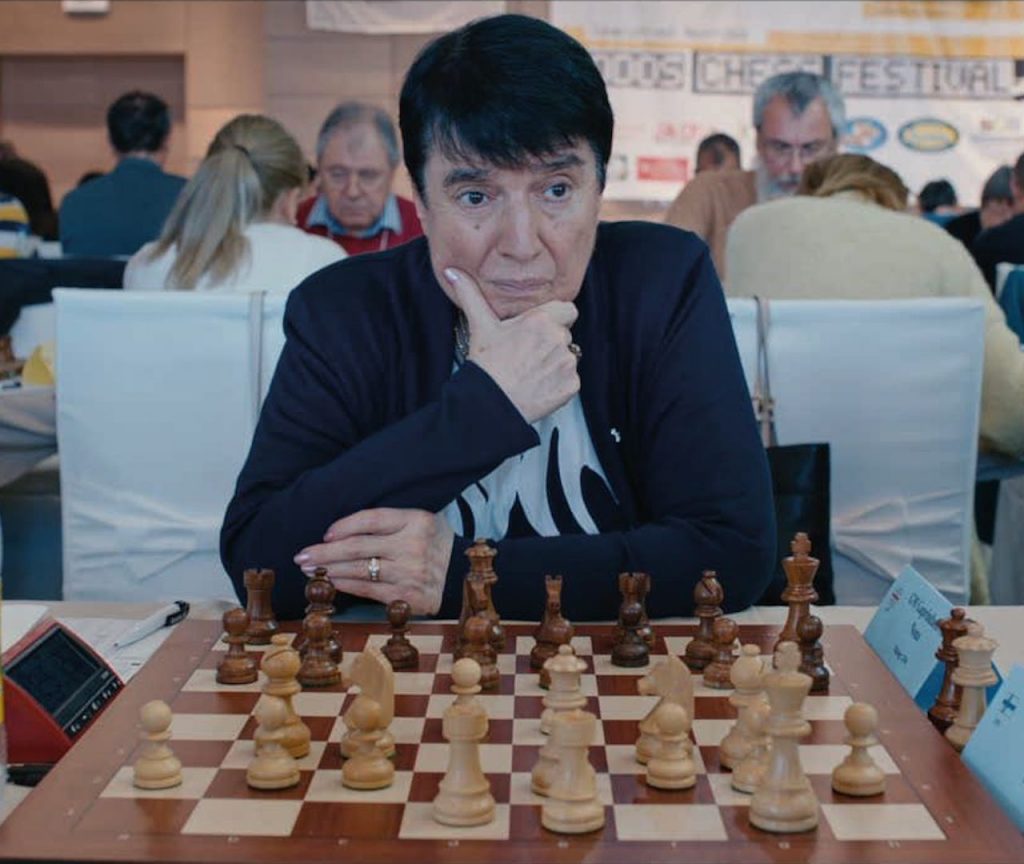 GLORY TO THE QUEEN

During the Cold War, four legendary female chess players from Georgia revolutionized women’s chess across the globe, and became Soviet icons of female emancipation. Glory to the Queen reveals their interwoven biographies and is both a rare look into the present lives of chess stars Nona Gaprindashvili, Nana Alexandria, Maia Chiburdanidze and Nana Ioseliani, as well as a chronicle of their lasting legacy.
Glory to the Queen was screened in many international film festivals, including goEast in Germany and Diagonale in Austria.

“I was born and raised in the Soviet Republic of Georgia … The four best female chess players in the world at that time, who are the subject of my film, were my personal role models. Through them chess became for me a symbol of intellectual and personal emancipation and empowerment … Unique archival Soviet era footage not only documents biographical bonds and ties between the four women, it also reveals an unexpected side of Soviet propaganda. The Serbian chess player and international journalist Milunka Lazarević plays the role of the narrator.” (T. Skhirtladze)

Tatia Skhirtladze
Born in 1976 in Tbilisi, film director Tatia Skhirtladze works and lives in Vienna. Graduated in Art Education in Tbilisi and Vienna and in Fine Arts in the Netherlands (Enschede). She currently teaches video art at the University of Applied Arts Vienna. Glory to the Queen is her first feature documentary.