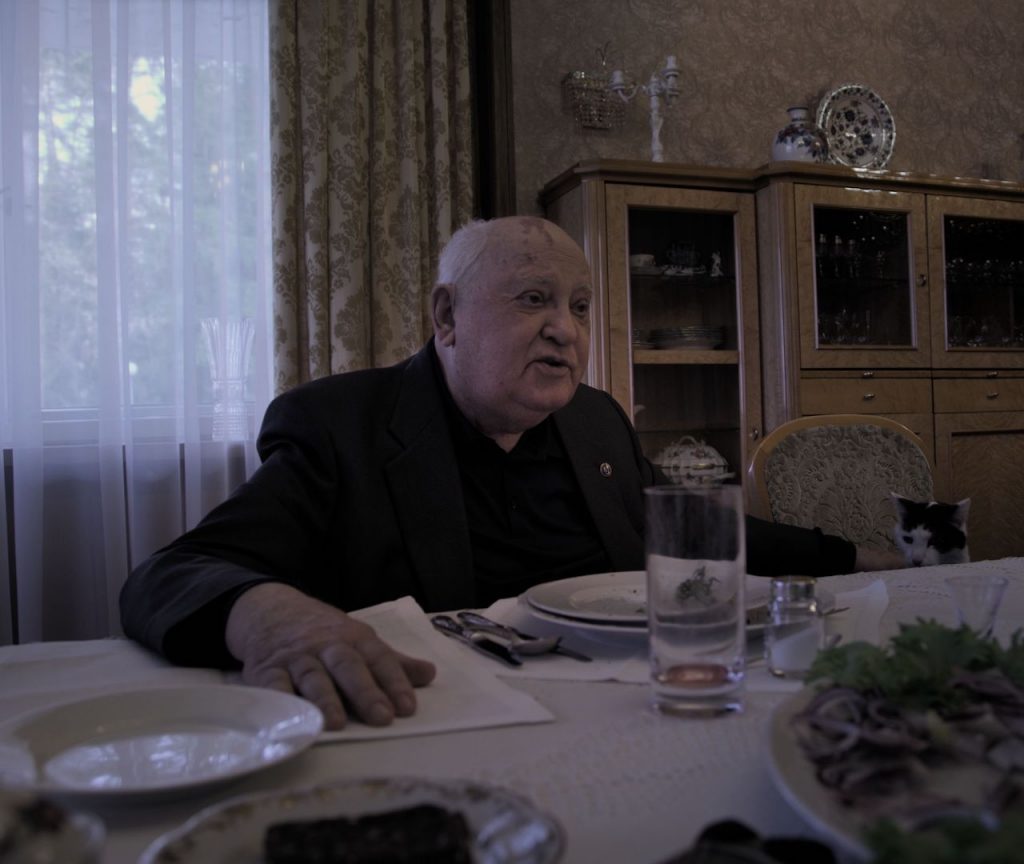 The 90-year old Gorbachev currently lives in a modest house outside Moscow, awaiting the moment when he will be called to join the list of the 20th century’s most consequential figures. History will judge Gorbachev, but Gorbachev presents his own, final testimony.
After its premiere at IDFA in Amsterdam (where Mansky was awarded Best Directing), the film was presented in many international film festivals around the world, including PÖFF in Tallinn, CPH:DOX in Denmark and Visions du Réel in Switzerland.

“Mikhail Gorbachev will have monuments around the world. Somewhere very soon, somewhere – in Russia, for example – it will be many years before there is a sense of what this man has done for history. But I wanted that behind the coolness of bronze or marble there would be visible a man who decided on his own to make the world a better place. It was with this motivation that we undertook the lengthy job of persuading this world-weary 90-year-old old man to let us into his world of loneliness, frustration, and the joy of freedom!” (V. Mansky)

Vitalij Manskij
Director and producer, Vitaly Mansky is one of the most acclaimed documentary filmmaker of Russian and international cinema. Mansky was born in 1963 in Lviv, now Ukraine. In 1982 he entered the VGIK in Moscow, where he graduated in 1989. Since 2014 he lives and works in Latvia. The Trieste FF has presented most of his films and, in 2017, dedicated a tribute to his cinema. Since 2007 he has been the president of Artdocfest, a documentary film festival in Moscow and Riga, for which this year he curated a selection of works that will be presented at Trieste FF in the “Carte Blanche to Vitaly Mansky” section.