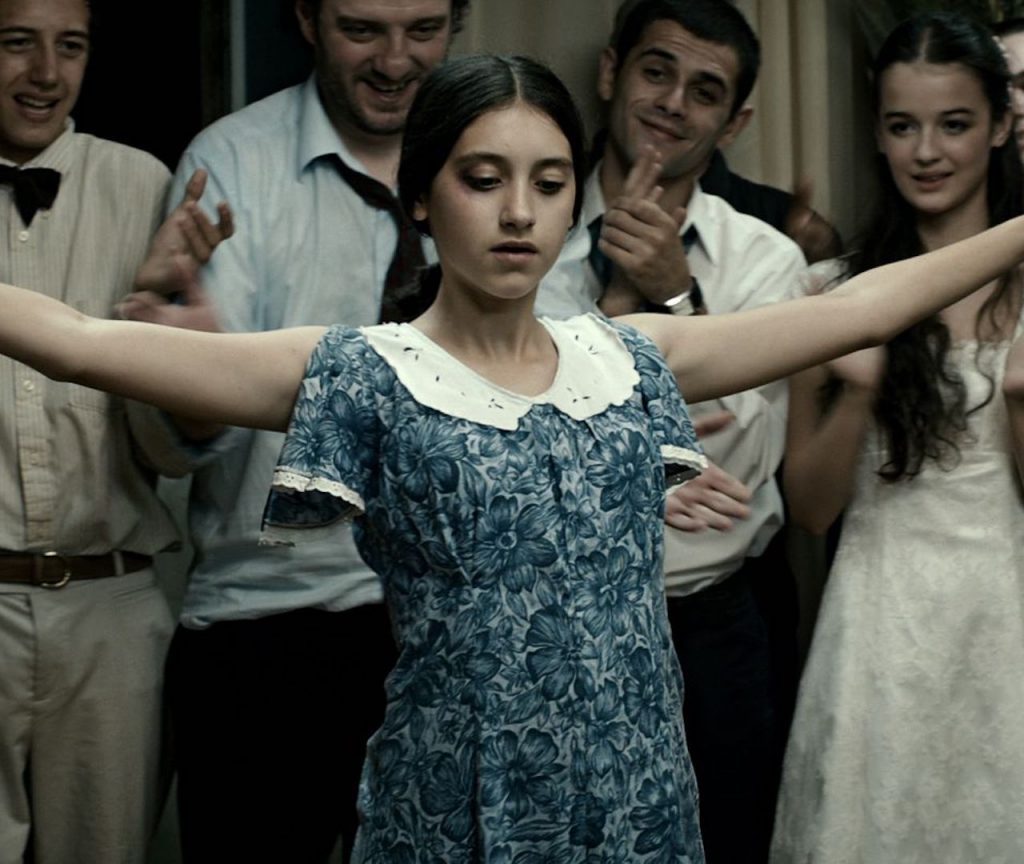 Early Nineties, in Tbilisi, the capital of the newly independent Georgia after the collapse of the Soviet Union. The country is facing the war on the Black Sea coast (Abkhazia) and vigilante justice that plague society. But for Eka and Natia, 14-year-old inseparable friends, life just unfolds; in the street, at school, with friends or the elder sister. Although they are already dealing with men’s dominance, early marriage and disillusioned love, for these two girls in bloom life just goes on.
In Bloom premiered at Berlinale “Forum” in 2013 and then presented at Karlovy Vary and Sarajevo film festivals of the same year. Winner of Lux Prize in 2013, In Bloom was presented at the Trieste FF in 2014.

“The story is inspired by Nana’s personal memories of her youth in the troubled early 1990s in Georgia … What can be considered part of a culture and where is the limit after which culture can no longer justify certain behaviours? As we grappled with these questions, we discovered that our actors, two 14-year-old girls, were open, unprejudiced and passionate and were quite perceptive despite their inexperience in life.” (N. Ekvtimishvili, S. Gross)

Nana Ekvtimishvili
Film director, screenwriter and producer, Nana Ekvtimishvili was born in 1978 in Tbilisi. She studied dramatics and script writing at the Filmschool in Potsdam-Babelsberg, Germany. Her short Deda was awarded Best Short Film in 2012 at Trieste FF.