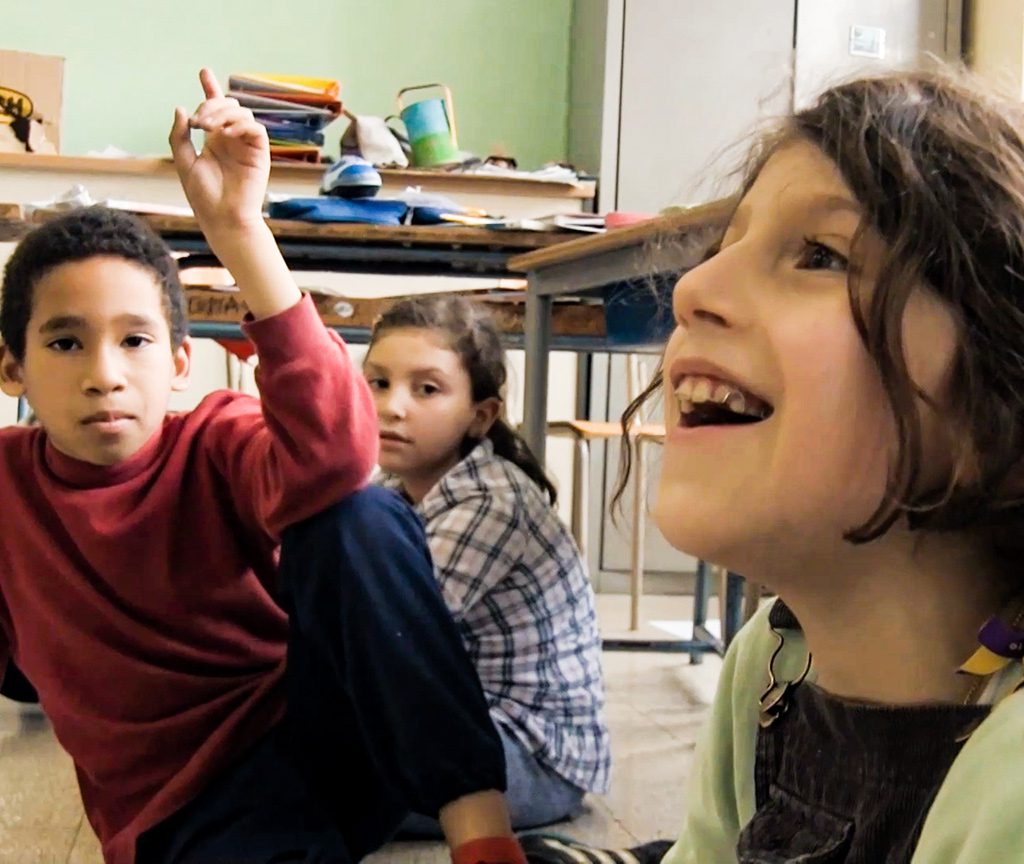 Who are today’s children? What do they think and what do they manage to grasp of the adult world? To answer these questions, the director decides to follow the pupils of a primary class in a school immersed in a multi-ethnic neighborhood. For five years with her camera, she lowers her gaze to child height to capture their point of view of the world. The film premiered in 2022 at “Alice nelle città” Rome Film Fest section.

“… Throughout the five years of filming, the film recounts an experience of life that at times can resemble a utopia. The class that was filmed becomes a portrait of a country that evolves and whose identity is changed and transformed. As for me, the children’s journey intertwines with my own: making this film was also a way for me to dive back into my experience as the daughter of Italian immigrants in France. Through the children of the Circle, I grew up, in the traces of their gaze I found my own, and in the noisy clamour of the school I found my voice, and I perhaps also came to understand what kind of adult I would like to be.” (S. Chiarello)

Sophie Chiarello
Sophie Chiarello is an Italian-French director. She grew up in France, where she graduated at the FEMIS School of cinema in Paris. She started her career as a first assistant director. She wrote and directed three short-films, all presented and awarded by prestigious film festivals. In 2011 she wrote and directed her first documentary film: Ritals, domani me ne vado. The Circle is her second feature documentary film.