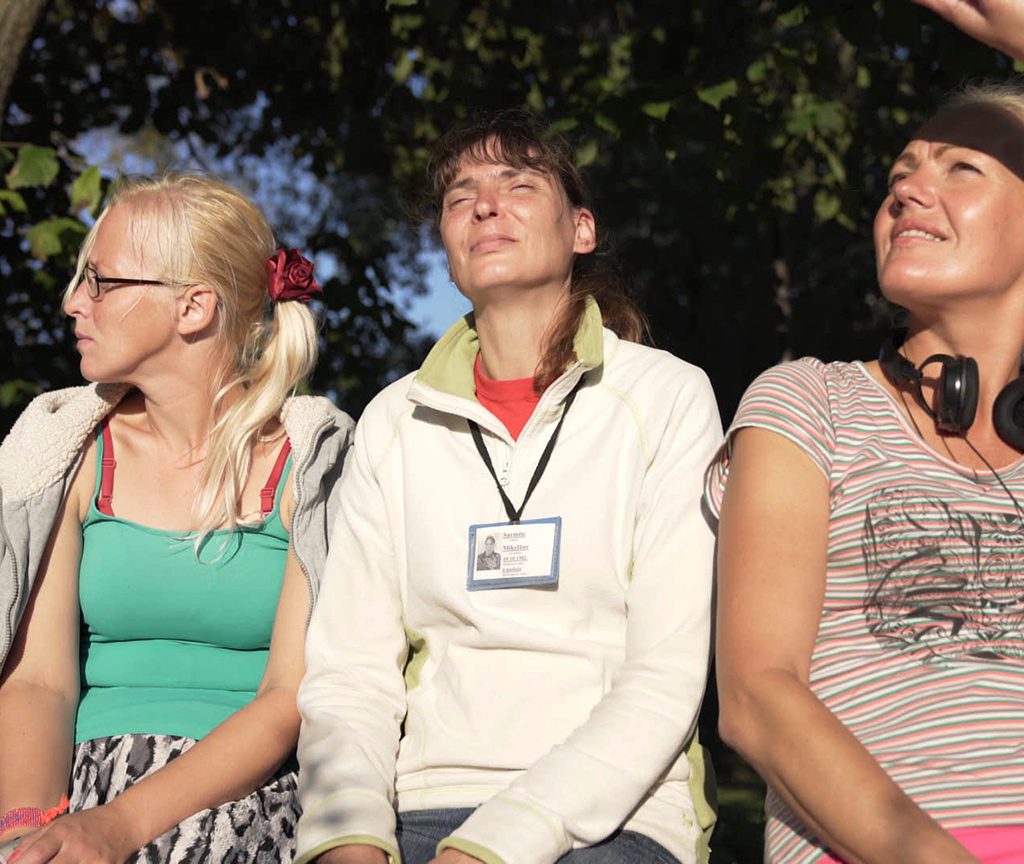 They are bonded by their pain, longing, and their current residence – a semi-open prison for women. While staging Anton Chekhov’s play, Three Sisters, together with professional actors, imprisoned women reveal their harrowing life-stories, dreams, and the longing for a decent life outside the prison walls.

“In the fall of 2019, I started to do voluntary work as a director at the prison’s theatre studio. The choice of Chekhov’s Three Sisters was undoubtedly influenced by the humanist message of this play…My aim is to tell a very human story, in which women are also women in prison – with the same longings, dreams, fears, and desire to love and be loved. In the Latvian context, where the rate of violence against women is amongst the highest in Europe and debates about the ratification of the Istanbul Convention happen slowly and reluctantly, this film may become an effective reminder to seek solutions to this long-standing problem.” (E. Kļaviņa)

Elita Kļaviņa
Born in Jekabpils, in present-day Latvia, Elita Kļaviņa was a journalist when in the early 1990s she turned to acting. Now she is one of the leading actresses in Latvia, permanently employed with the New Riga Theatre. In 2012, she received the Latvian Annual Theatre Award and in 2018 – the Latvian National Film Award, both in the Best Actress category. In 2019, she graduated from the National Film School of the Latvian Academy of Culture in Film Directing.