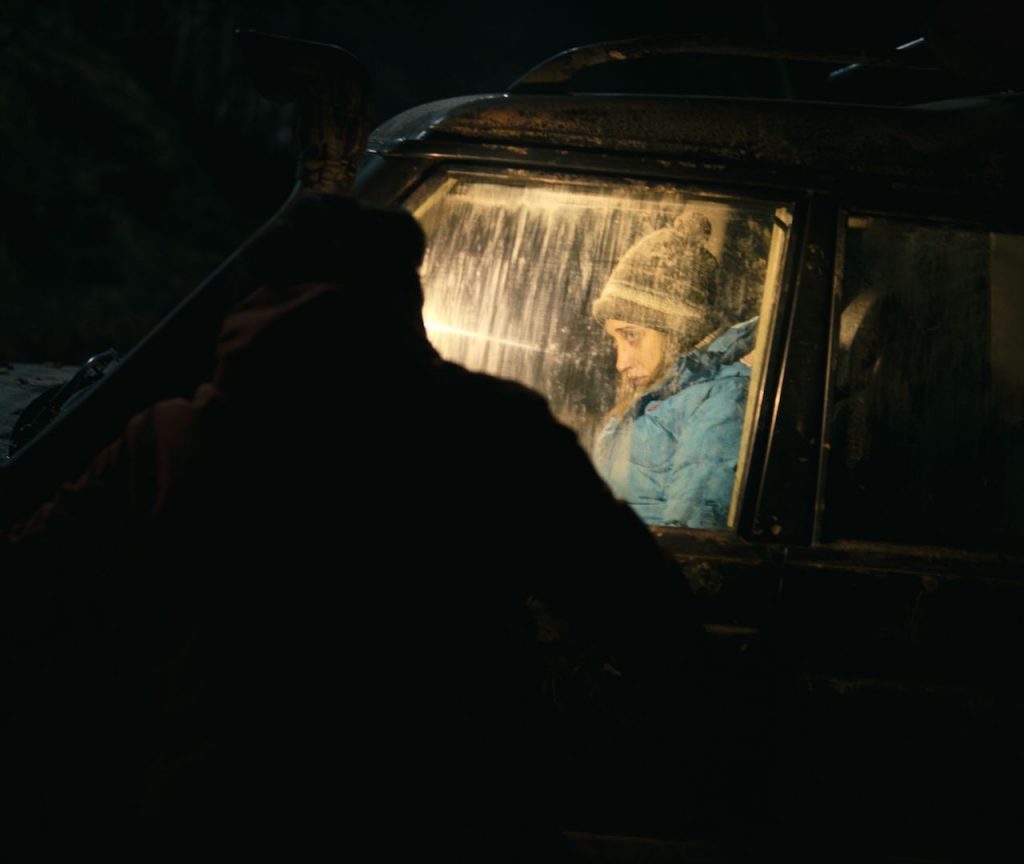 Maria, Dan and Ilinca are on their regular end-of-the-year humanitarian trip organised together with a bunch of friends from work. They all drive in their big SUVs along mountain dirt roads to reach distant villages and offer their standard bags of goodies to the locals. On the way, they meet a lonely old man and agree to take him over to a sawmill where he supposedly works. But when their car gets stuck in a ditch in the woods, the sawmill proves to be abandoned, and they’re forced to spend the night together with the senile old man, their ideas about empathy and helpfulness start to be challenged.
After its premiere at the Directors’ Fortnight in Cannes, Întregalde was selected in many international festivals including Toronto, New York and Busan.

“What is the limit of empathy when you think about the problems of others? … Is true altruism tested only when it comes with a certain sacrifice on the part of the one who performs the act itself? Lost in the forest, the three humanitarians are put in a position to decide whether to save a senile old man … who seems programmed to self-destruct, like the penguin in Herzog’s documentary about Antarctica … The screenplay uses a dramaturgical scheme derived from that of a fairy tale, integrating the illusion of an initiatory journey and the almost mythical appearance of the old man who tests the heroes, like St. Peter in folk tales … The scenery, with its dark forests, mud, crooked houses, abandoned sawmill, and valleys which lead to nothing is almost like a character in the film. This is an isolated and wild place which feels like it’s at the edge of the world and time, serving as a metaphorical preview of an end, the meaning of which we are probably looking for, in vain.” (R. Muntean)

Radu Muntean
One of the top directors of Rumanian New Wave, Radu Muntean was born in 1971 in Bucharest. He graduated in Film Directing from the Romanian Theatre and Film Academy in 1994. The Trieste FF presented his features The Paper Will Be Blue in 2007, One Floor Below in 2016 and Alice T. in 2019.