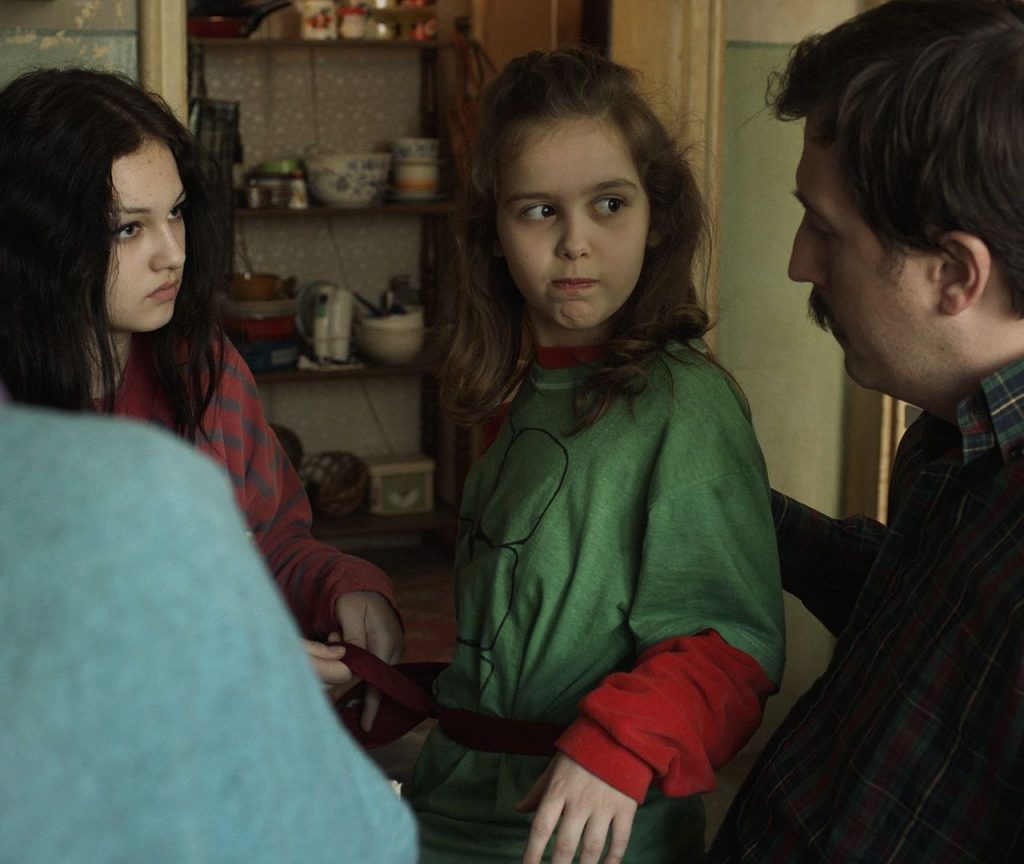 Belgrade, 1993. Marijana throws a sleepover party for her daughter’s 8th birthday, with family and fellow parents attending. Grabbing the rare opportunity when their children are kept entertained in the other room, the parents open a few bottles in the kitchen and enjoy their reunion. Marijana suddenly realizes that she longs for more than a bunch of drunken guests and an inattentive husband, so she sets out to discover the thrills the night has to offer. She sneaks out of the house strolling around the empty streets, seeking genuine experiences instead of mere substitutes. While she reaches an orgasm and smokes a cigarette with a stranger, the party slowly disperses, just like Yugoslavia, the country Marijana and her friends were all born in.
After its premiere at the latest Berlinale “Panorama”, Kelti has been presented at several international film festivals including Sarajevo, where it was awarded Best Director.

“Kelti is a family drama with elements of comedy written with a desire to make a fun, crazy, nostalgic, emotional film that audiences wish would never end. It’s a film about the disappearance of one’s country and loss of one’s identity, portrayed through three different generations within one family, and their daily routine while preparing the birthday party for the youngest daughter. The idea was to simultaneously deal with my childhood and with my adult life, by trapping them inside one house and one day, and by giving an eight-year-old perspective on that period, with an opportunity to grasp what my parents were going through, now that I’ve reached their age … Nineties are used as a frame for an intimate family story, but also as a metaphor of our present time and inevitable repetitions.” (M. Tomović)

Milica Tomović
Film director Milica Tomović was born in 1986 in Belgrade where in 2011 she graduated from the Academy of Dramatic Arts. The Trieste FF presented in 2012 her diploma film, the omnibus Oktobar, and in 2017 her short Transition. Kelti is her feature film debut.