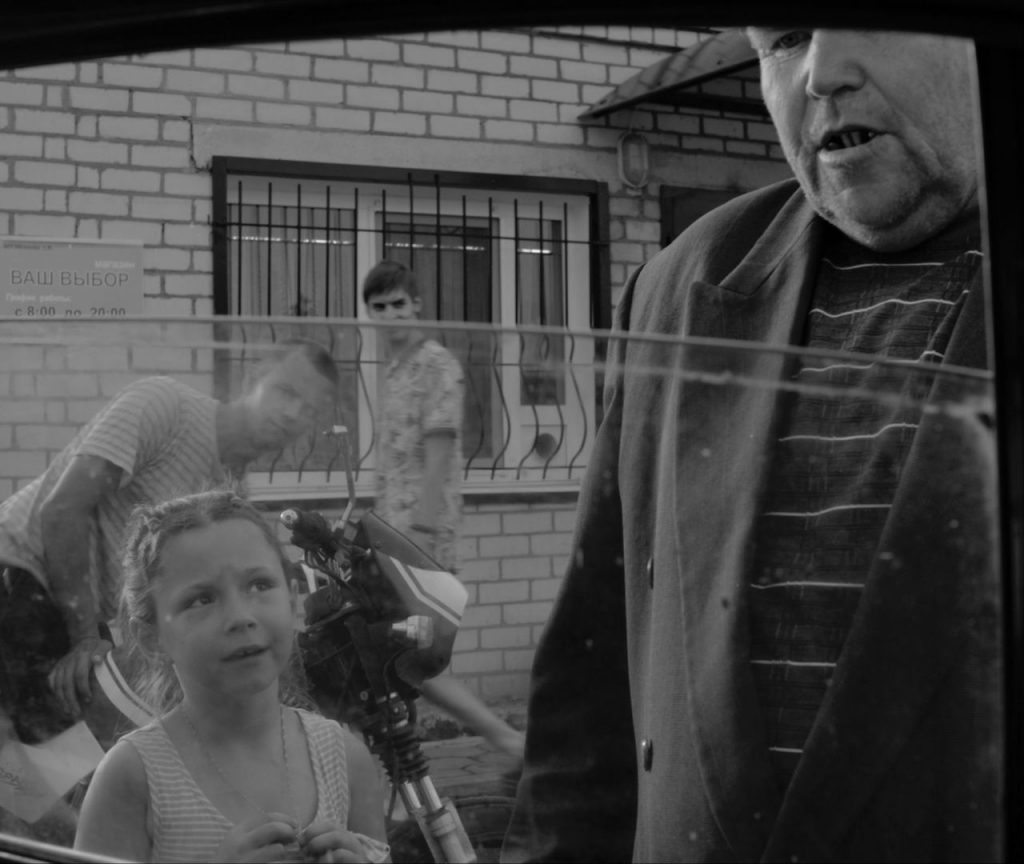 Russian director Aleksey Lapin travels back to Jutanovka, his relatives’ home village near the Ukrainian border, where he himself used to spend every summer. The film crew introduce themselves at a specially organized musical event, claiming that they have come to cast a historical film that is to be set in the village.
Presented at Viennale and Dok Leipzig festivals, Krai is a portrait of a remote Russian village in summer.

“I was not interested in making a meta-film that deconstructs the filmmaking process. It just seemed like a natural approach to the film. Because to be frank, we were so present in this town that we had to become part of the film … I have studied film in Austria, Michael Haneke was my teacher. It was always this quest to go against the grain of how film works. Conventional cinema tries to shock or attract us… You could see Krai as a reaction to that, an exploration of how film can work in another direction or with other ideas...” (A. Lapin)

Aleksey Lapin
Film director Aleksey Lapin was born in 1988 in Tomsk, Russia. He moved to Italy with his family at the age of 10, where he received a Bachelor of Art from Bolzano Free University in 2010. After that, he started his film-studies at the Vienna Film Academy. The Trieste FF presented in 2019 his diploma film, 100 EUR.