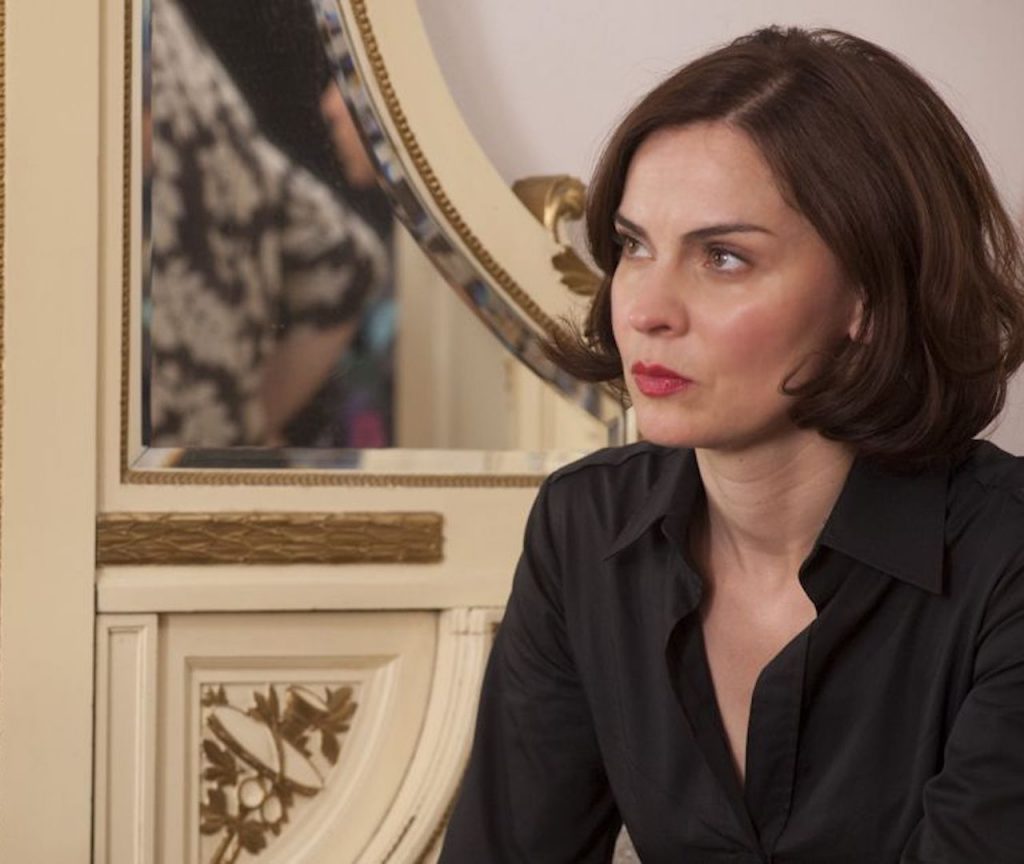 Nino, woman in her 40s, led a comfortable life in the Soviet Union, but in modern Georgia she finds it hard to keep up with the changes. Nino resolves to the most wide-spread practice of getting a mortgage loan at high interest. Little by little she gets deeper into debts, which becomes a vicious circle she cannot escape. Nino’s story is one among 172 300 families, who lost their abode as a result of mortgage loans in 2009-2013. The number of the households makes 14% of Georgia’s population.
Line of Credit premiered in 2014 at the Venice Film Festival, in the “Orizzonti” section.

“My intention was to show the atmosphere in today’s Tbilisi, the post-Soviet city, which seems to be left at the mercy of loan-sharks, high-interest bank mortgage loans, pawn shops and currency exchange points. People living in modern Georgia are rather ignorant of financial matters because, having been raised in the Soviet times, they were never taught how to deal with money. Most of them are naïve, sometimes kind, often greedy or impractical, but invariably inadequate towards the reality. Their adaptation to the outside world seems rather hard, if not absolutely impossible.“ (S. Alexi)

Salomé Alexi
Director, writer and producer, Salomé Alexi was born in 1966 in Tbilisi, where in 1988 she graduated from the State Academy of Fine Arts. In 1988-1992 Salomé worked as set and costume designer on several feature and short films, as well for the theatre productions. In 1996 she graduated from Directorial Department of FEMIS Paris Film School. Since 2000 she lives between Tbilisi and Hamburg. The Trieste FF presented, in 2010, her short film Felicita.