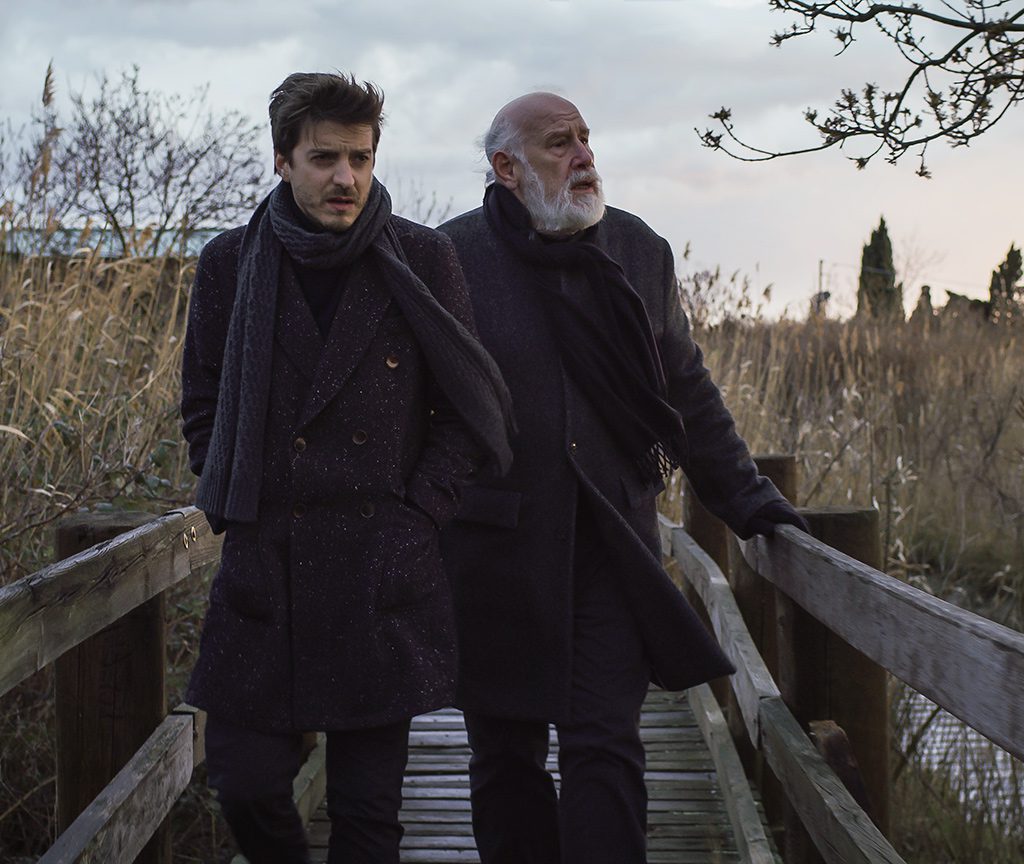 
(The Memory of the World)
Mirko Locatelli

Adrien, art scholar and biographer of the artist Ernst Bollinger, finds himself involved as the author and co-star in the final chapter of the great Master’s artistic life. Immersed in the atmosphere of a winter lagoon, the two men, accompanied by a young boatman, share the experience of a lay pilgrimage in search of a missing woman, leading them to explore unexpected inner territories and recognize themselves as children of a common memory. The film premiered in 2022 at the “NewWorlds” section of the Torino FF.

“In the film, everything is in balance, the environments are evocative of a lost time, stripped of the superfluous so that the characters can manifest themselves as idols. Bodies, boats, houses, islands suspended over the water and shrouded in fog; objects, people and animals are conceived as fantastic visions emerging from the mists like distant memories. Giulio, Adrien and Ernst are body, word and symbol, a pagan trinity devoted to transfiguration, all fathers of a single world e children of a common ancestor.” (M. Locatelli)

Mirko Locatelli
Mirko Locatelli was born in 1974 in Milan, Italy. He made his feature film debut in 2008 with Il primo giorno d’inverno which took part at the Venice FF. In 2013 he co-founded Strani Film, with which he produced his second film, I corpi estranei, presented in competition at the Rome Film Fest. With his third film, Isabelle, in 2018 he received, together with Giuditta Tarantelli, the award for Best Screenplay at the Montreal World FF.