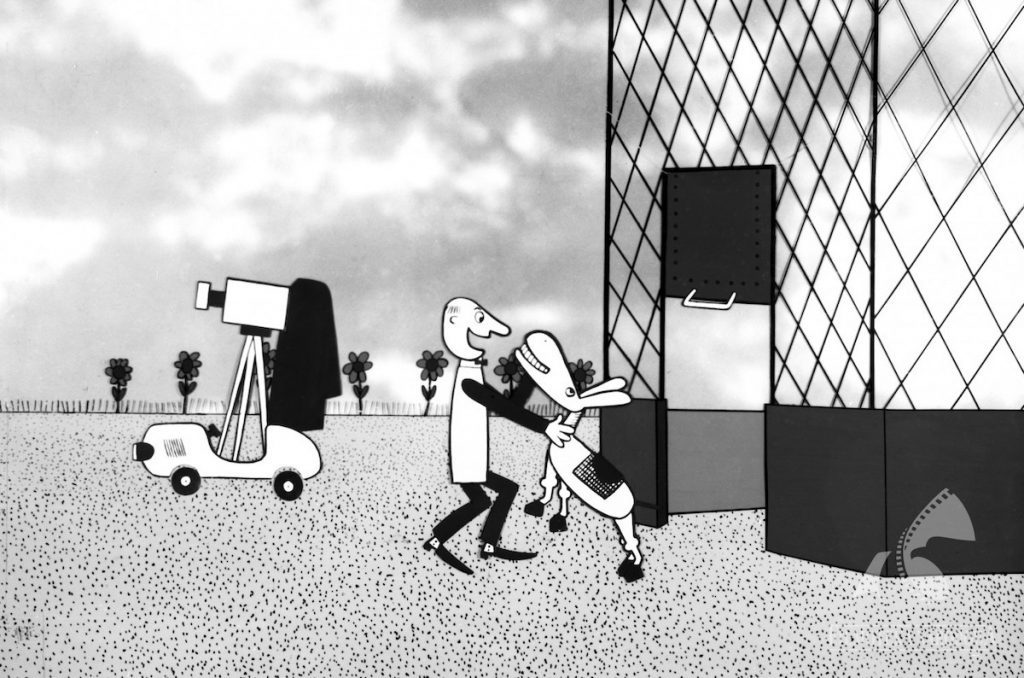 A programme of short animated films created in the European countries of the former Soviet bloc between the end of the 1950s and the 1970s. The protagonists of the selection are the little rascals, from the little troublemaker Gapiszon to the irreverent little car Maluch. A selection curated by Schermi e Lavagne of the Cineteca di Bologna.


Z15 PILOTA SPAZIALE
(Z15 Space Pilot)
Milos Makovec, Jan Karpas, Jiří Trnka
Italy, 1959, col., 10’
Z15 is one of the episodes of the film Cico Pepe e l’allegra brigata (l.t. Cico Pepe and the cheerful brigade), co-produced by Corona Cinematografica and Ceskoslovensky in the late 1950s. A clever little girl dreams of going into space and has fun building a rocket, but she is disturbed by a brat who gets up to all sorts of mischief.

VAU VAU
(Woof Woof)
Boris Kolar
Yugoslavia, 1964, col., 9’
A quarrelsome little dog tries to terrorise the other animals with his fearful “woof woof!”, until he finds a proud adversary in the form of a cunning and brave cat. Created using the technique of animated drawing and distinguished by a minimalist stroke that makes the characters resemble barely sketched scribbles, Vau Vau is a splendid animated short film from the Croatian animation studio of Zagreb Film.

MALUCH
Lucjan Dęmbiński
Poland, 1965, col., 8’
Maluch comes from the Polish National Archives. An award-winning short film in puppet animation from the 1960s, it stands out for its great aesthetic impact and chromatic richness in the production of the Se-Ma-For animation studio, one of the oldest in Europe.

GAPISZON FOTOGRAFEM
(Scatterbrain the Photographer)
Jerzy Kotowski
Poland, 1966, b-w, 10’
Gapiszon is the mischief-maker who is the protagonist of the animated series bearing the same name created in Poland by Jerzy Kotowski and inspired by Bohdan Butenko’s illustrated books. Some episodes of the series, including the one presented here, have recently been restored at the “Filmoteka Narodowa – Instytut audiowizualny” in Warsaw, the Polish national film archive.

KRTEK MALÍŘEM
(The Little Painter Mole)
Zdenĕk Miler
Czechoslovakia, 1972, col., 8’
Chased by a fox, the little mole accidentally falls into a jar of paint and comes out red. At the sight of him, the frightened fox runs away at the double. The mole then devises a plan to allow his other animal friends to be able finally to confront the mischievous fox. Zdeněk Miler was a Czech illustrator, animator and director, and for several years headed the historic animation studio “Bratří v triku”. He was the author of around seventy films, but Krtek – The Little Mole remains undoubtedly his most famous and best-loved character.