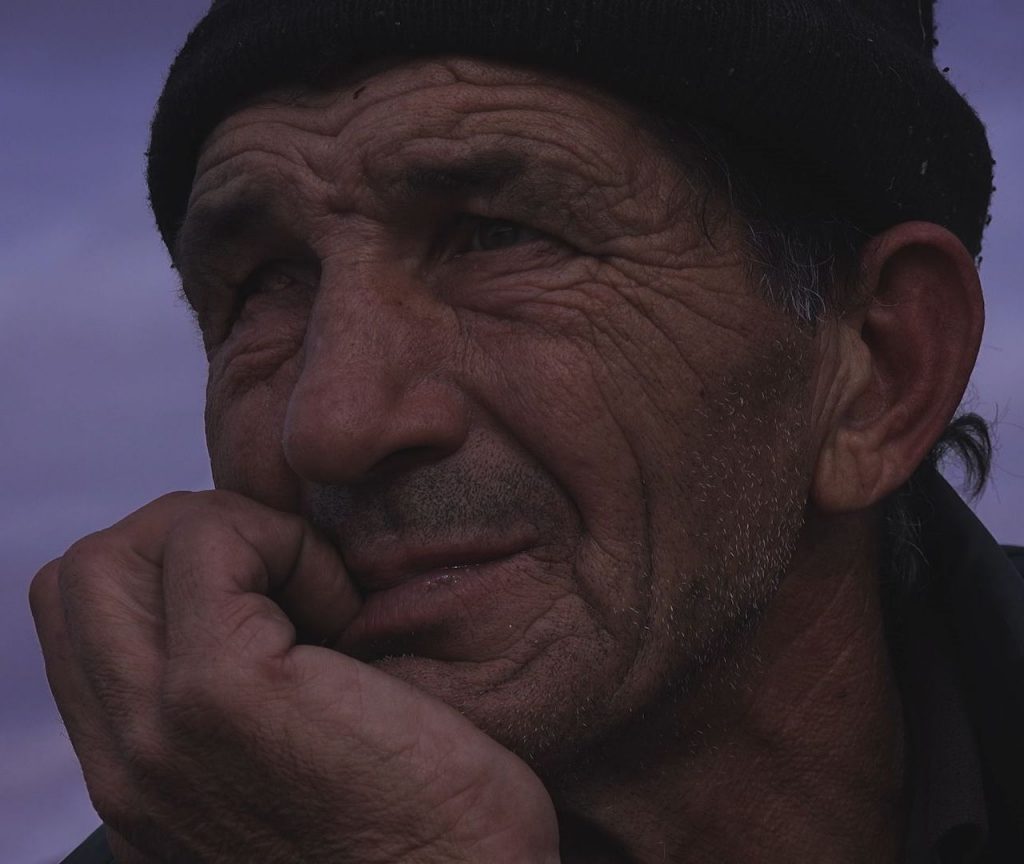 A film about a friendship between the filmmaker and a fisherman, who lost his hearing during the Bosnian civil war and retreated to a lake to live in solitude. The filmmaker, son of Bosnian parents, struggles to communicate as he lost his mother tongue due to a stutter. Despite their speech and hearing limitations, a bond develops between the young man and the veteran. For the fisherman, the lake stands for a withdrawal from a fractured country, a land of war; for the filmmaker it precisely means the return to that broken place, the land of his parents.
Best Feature Award (in the “Burning Lights” section) at Visions du Réel in Nyon and Special Jury Award in Sarajevo.

“Very early on, before we even started filming, Zdravko saw a tattoo of a horse on my hand and insisted that we look for this wild herd that lived around the lake. It gave us a reason for the camera to be there and made us look towards something together… Zdravko has a very powerful personality. He chooses where he goes and what he wants to talk about. He was in complete control of his own performance on camera.” (S. Pavlović)

Stefan Pavlović
Stefan Pavlović was born in 1989 in the Netherlands to Bosnian parents. He studied film at the Art Center College of Design in California. Stefan is currently based in Amsterdam and Looking for Horses is his debut feature length film; after its premiere at the Visions du Réel festival in Nyon, the film was presented, among others, at Sarajevo, FID Marseille and Beldocs (Serbia) film festivals.