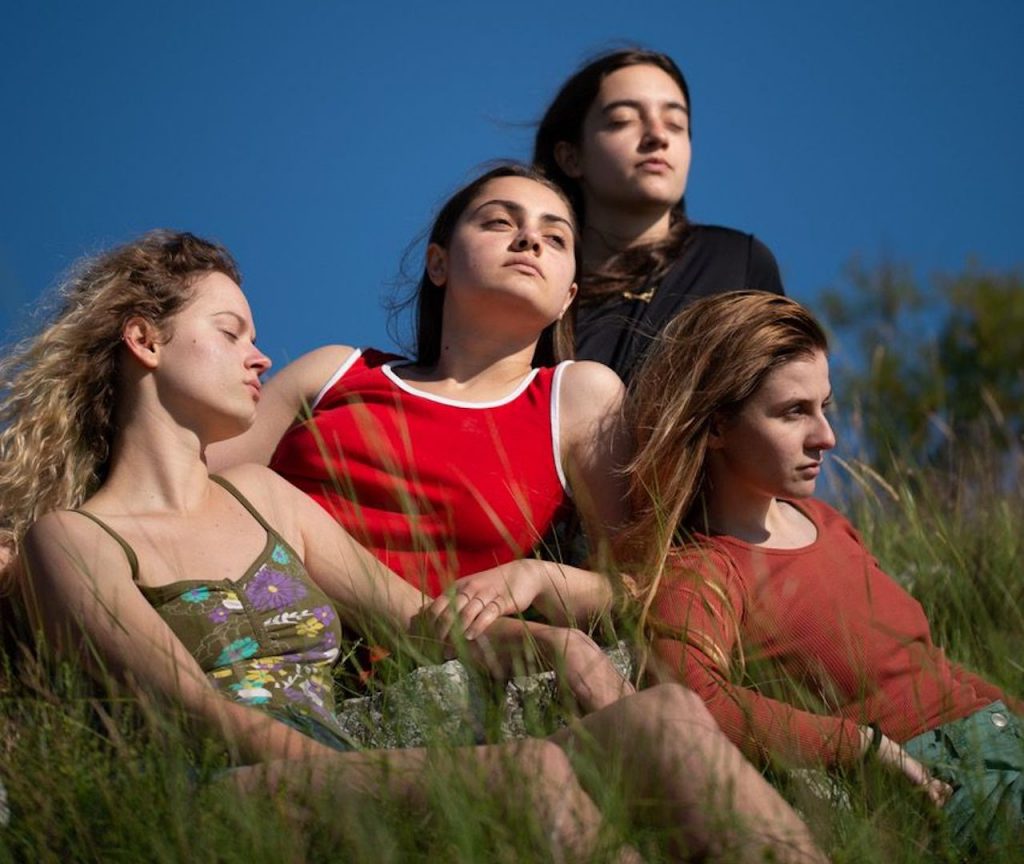 Somewhere in Kosovo, in a small remote village, three young women see their dreams and ambitions stifled. In their quest for independence, nothing can stop them.
The Hill Where Lionesses Roar premiered at Directors’ Fortnight in Cannes 2021. Flaka Latifi, Uratë Shabani, Era Balaj have been awarded Best Actresses at Sarajevo Film Festival.

” ‘You always come back here, while we only want to leave. Quoted from an umpteenth discussion with my cousin, as there have been so many, perched on the hill overlooking our village Pleshina. I turn to her: she does not look at me but stares into the distance, worried. It was then I understood that I was touching on a deep, generalized suffering. This place, this country – Kosovo – which fascinates me, is for her, a prison. By this she was also telling me that I was free. The Hill Where Lionesses Roar is the story of three young friends who grew up in a village where ignorance and boredom reign, and who decide in the prime of their lives to get out of it together. The film is carried by these three striking figures who rebel against the injustice of their condition that they did not choose … Through them, the film paints this age where we question ourselves, this quest for oneself, for the other, this quest for good, but above all the potential of choices. The whole film is built around the feverish desire of youthful emancipation: this rage to break the bonds which inhabit these three young girls. This theme for me is universal, so I wanted to untie the film from any temporality. However, I decided to set it in Kosovo.” (L. Bajrami)

Luàna Bajrami
French-Kosovar actress and director was born in 2001 in Kosovo. Self-taught, she is best known for her role as Sophie in Portrait of a Lady on Fire (2019) written and directed by Céline Sciamma. The Hill Where Lionesses Roar is her debut feature film.