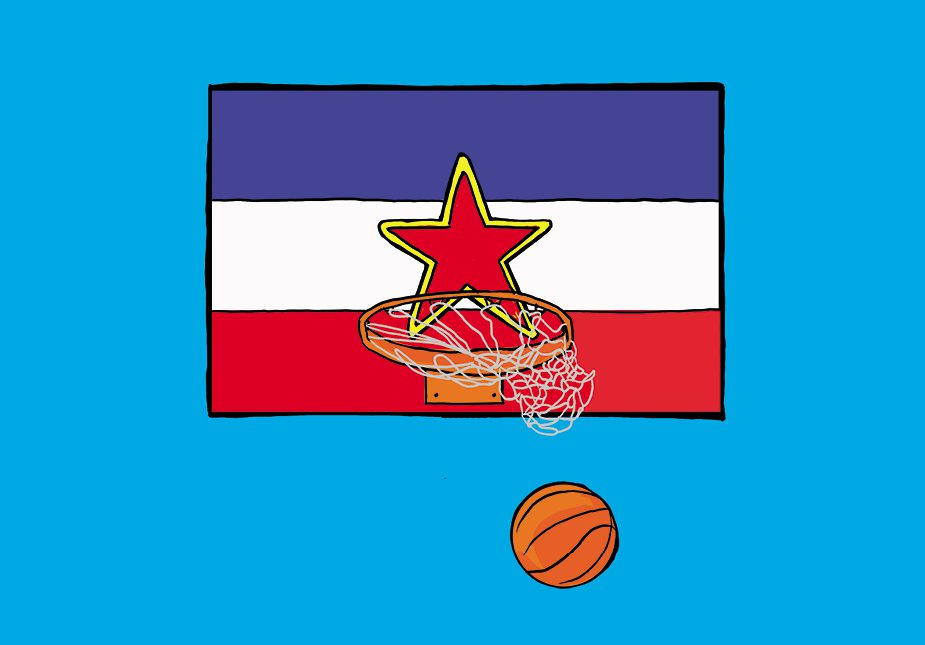 Sergio Tavčar is a legend in sports journalism and in this book he speaks about a facet of Yugoslav sport; through the events of basketball he tells us a story about a nation, borders, Europe and war.

Three stories intertwine in the narrative of this book.
The first and main story recounts Yugoslav (and former Yugoslav) basketball, seen through the eyes of an individual who knew and experienced it first-hand, following it as a passion and a profession for over 50 years.
The second story is that of Yugoslavia, its people and their peculiarities. A story told through anecdotes and episodes, without any historiographic intent, but in which facts, including those related to its dissolution, emerge from the background in the same way as they emerged in the lives of the (former) Yugoslavs.
The third story is a personal one of the author, who, rather than shouting to make himself heard in a mania to be protagonist, prefers to simply recount the facts, through many emotions, memories and misadventures.

Sergio Tavčar was born in Trieste on 26 January 1950. He worked as a sports commentator for Telecapodistria from 1971. Already known throughout Italy in the 1970s thanks to the diffusion of Telecapodistria, he gained even greater popularity during the 1980s when, together with Dan Peterson, he formed what many basketball fans consider to be the best commentator pair the sport has ever seen.