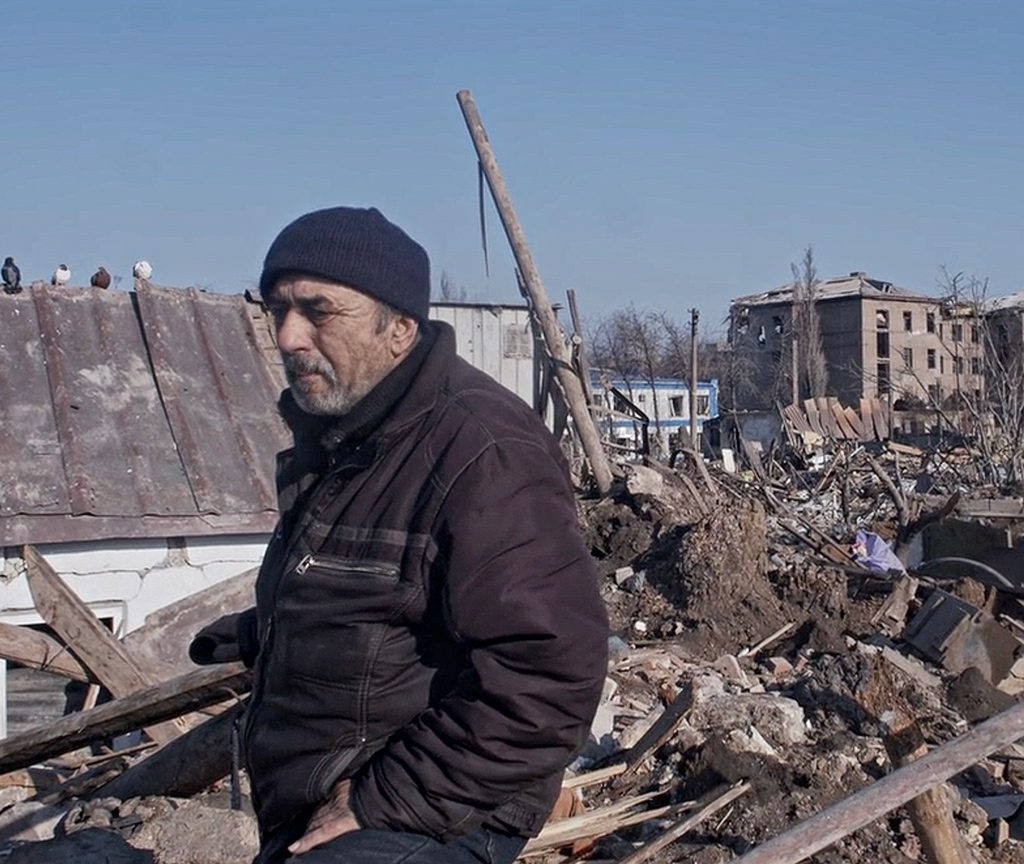 In 2022, Mantas Kvedaravičius went back to Ukraine, Mariupol, at the heart of the war, to be with the people he had filmed in 2015. Following his death, his collaborators have put all their strength to continue transmitting his work and his vision. A PhD in anthropology, he wished to testify as a filmmaker as far as possible from the agitation of the media and the politicians. With huge force and sensitivity, Mariupolis 2 depicts life as it continues amidst the bombing and it reveals images that convey both tragedy and hope.

“Do you know what the most incredible thing was, about Mariupol? No one feared death, even if people thought they did…People would help each other, even if it meant risking their lives. People would smoke outside and chat, even if the bombs were falling. Money stopped existing, and life was too short to recall it, and everyone was happy with what they had, becoming better versions of themselves; there was no past or future or judgment…That was heaven in hell. That was the delicate butterfly wings touching closer. That was the smell of the naked value of death. That was life there.”  (M. Kvedaravičius, shooting notes)

Mantas Kvedaravičius
Mantas Kvedaravičius (1976-2022) was a Lithuanian-born filmmaker with a degree in social anthropology from Cambridge University. His first documentary film, Barzakh was selected in numerous festivals and won several awards. His following two films, Mariupolis (2016) and Parthenon (2019) were selected at the Berlinale and the Venice International Critics’ Week, respectively. Mantas Kvedaravičius was captured and killed by Russian Forces in the end of March, 2022 in Mariupol while documenting Russia’s invasion of Ukrainian territory.