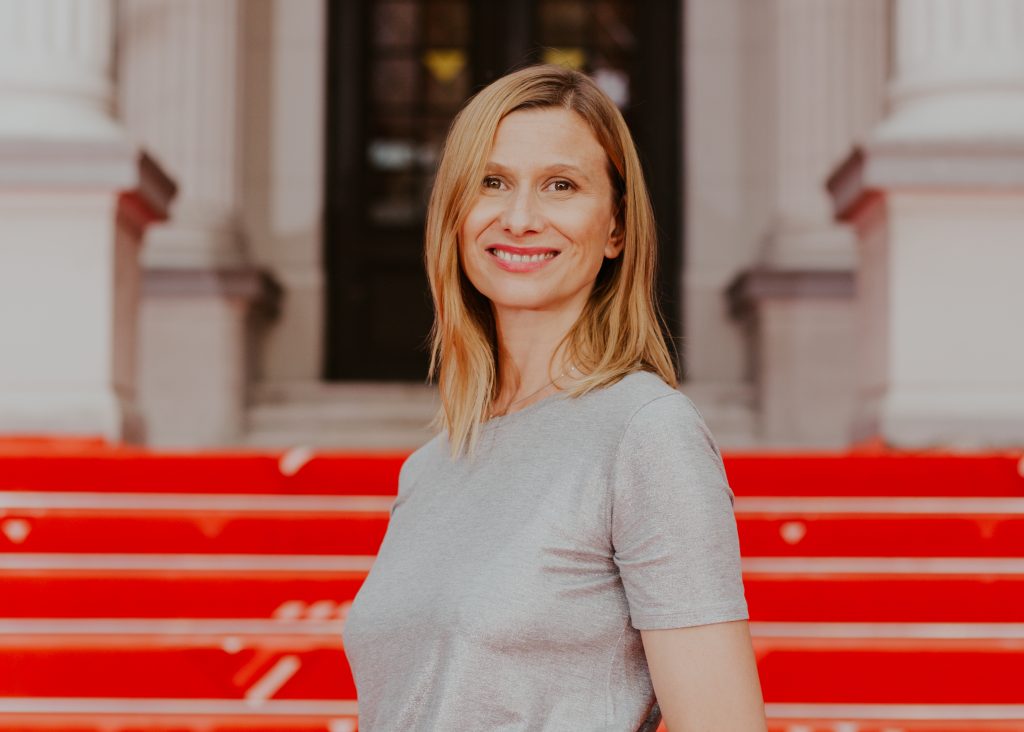 Elma Tataragić (1976) is a scriptwriter, professor and festival programmer.
She has been with Sarajevo Film Festival since it was founded in 1995, where she now works as selector for Competition Programs and CineLink Industry Days.
She co-wrote the short film First Death Experience (2001) and wrote and produced the short North Went Mad (2003), both directed by Aida Begić. She has produced and co-written the feature film Snow (2008) also directed by Begić, shown in the Semaine de la critique at Cannes Film Festival 2008, where the film won the Grand Prix. The film has been shown at over 80 festivals and won over 30 international awards.
Tataragić has been teaching screenwriting at Sarajevo Academy of Performing Arts since 2002, now as a professor and Dean for International collaborations and scientific-art research. She is a member of the European Film Academy. She has published two books on screenwriting and she works as script consultant.

God Exists, Her Name is Petrunya, written by Elma Tataragić and directed by Teona S. Mitevska, has premiered at the Berlin Film Festival Competition in 2019. The film Stitches, directed by Serbian director Miroslav Terzić and written by Elma Tataragić, premiered in the Berlinale “Panorama” section. Both films are currently touring film festivals and winning awards, including the Best Screenplay Award for Elma at Las Palmas Film Festival in Spain. Her film The Happiest Man in the World, directed by Teona S. Mitevska, had its world premiere in the “Orizzonti” competition at the 79th Venice International Film Festival and it is the North Macedonian candidate for the Oscar in the category of The Best International Film.