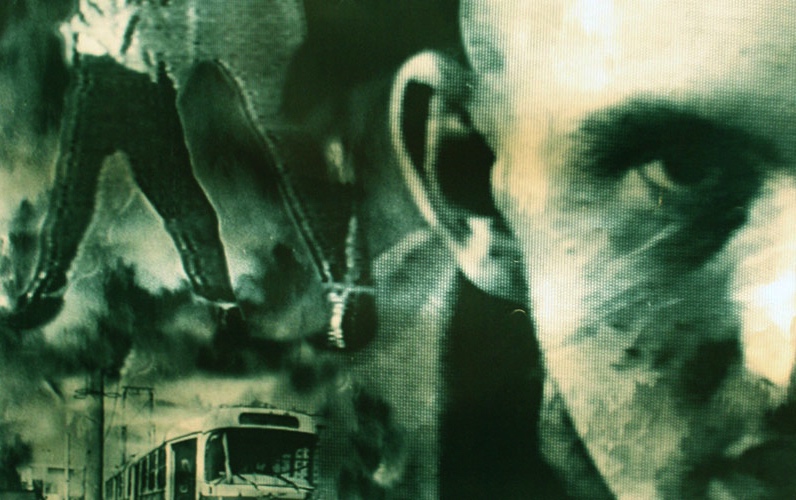 MGM Sarajevo is a collective production of SaGA (Sarajevo group of authors) and was two years in the making. It consists of three stories: Mirza Idrizović’s Dnevnik reditelja (Personal Affairs), Pjer Žalica’s Godot-Sarajevo, and Ademir Kenović and Ismet Arnautalić’s Ispovjest monstruma (Confessions of a Monster) in which the constant element is the city of Sarajevo … a glimpse of life in the heart of a besieged city suffering from the constraints imposed by war. Dnevnik reditelja is the most weighty part of the film. People plug the holes in broken windows, queue up for water, dodge bombs, while the children sled through the deserted streets … Godot-Sarajevo is the story of how in 1993 Susan Sontag staged Waiting for Godot in the besieged city. The meaning of the work, in reality, is ‘waiting for Clinton’ … Ispovjest monstruma is the confession of war crimes made by a 21-year-old Bosnian Serb in front of a camera.
The film premiered in 1994 at the Cannes Film Festival within the Director’s Fortnight selection.
(excerpt from the Catalogue of the 6th of Alpe Adria Cinema – Meetings with the Central and Eastern European Cinema, Trieste 1995, p. 80)

In 1990 SaGA was founded by group of professionals from the field of film, marketing and TV production. At the beginning of the siege of Sarajevo in April 1992, SaGA became a place of assembly of intellectuals, film professionals, artists and students, who, despite the war stayed in Sarajevo to preserve their way of life. From the very beginning of the war, SaGa’s team were shooting everyday life in the streets of Sarajevo. During the siege of Sarajevo that lasted for 1425 days, there were more than 60 documentaries made. In 1994, SaGA received FELIX, European Film Academy Annual Award for Documentaries for its work and production. After the war, SaGA has continued with production of feature and documentary films.