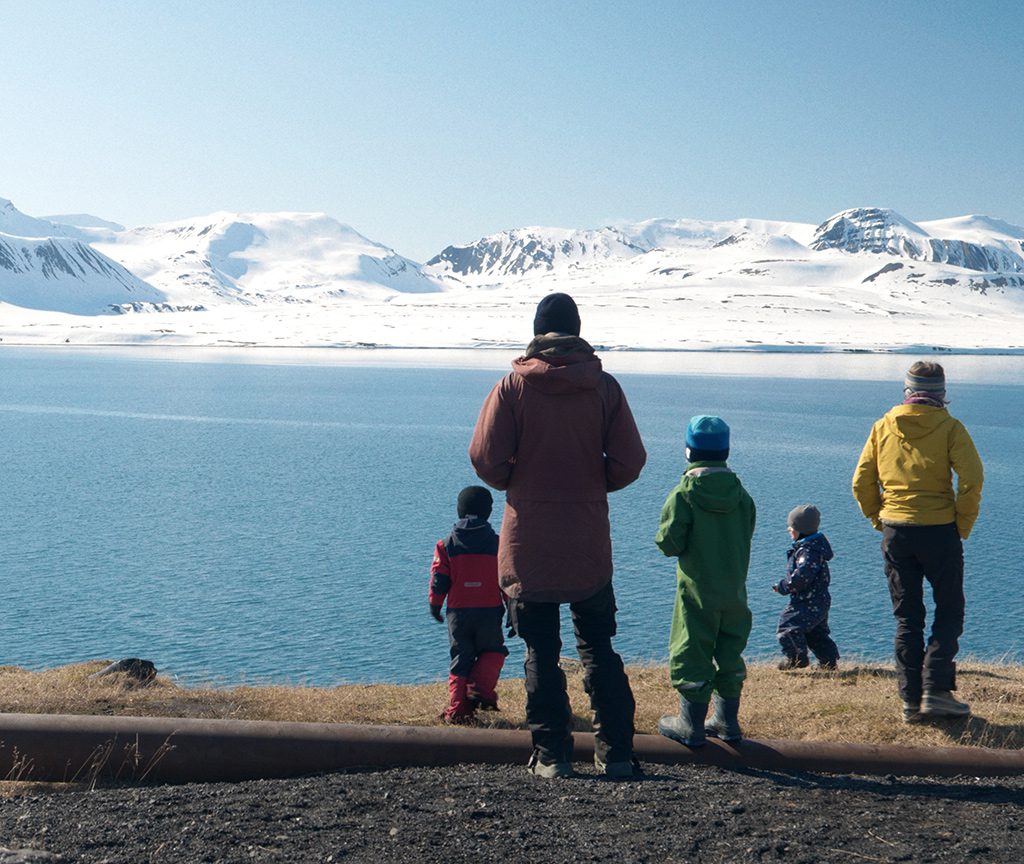 A young anthropologist, Zdenka, moves with her husband and three sons to Svalbard, Norway, to study how life is changing in polar regions. She has received a prestigious two-year grant to carry out extensive research on the impact of globalisation on the inhabitants of the world‘s northernmost town, Longyearbyen. After falling in love with her new home, Zdenka discovers that more than icebergs and permafrost are vanishing in the Arctic. Through conducting interviews with residents, she begins to perceive how heterogeneous the small local community actually is, while also revealing tensions that lie beneath the surface. Zdenka then has to work out the extent to which she can get involved in the local community that she only originally intended to observe.
The documentary premiered at 2022 Locarno Film Festival.

“The film is thematically complex, just like Zdenka’s research was. It touches on things like environmental issues, geopolitics and migration…An intimate testimony reflecting the disappearance of a unique local community, the risks posed by exclusionary practices and, above all, the universal need for a sense of belonging and a stable home.” (V. Lišková)

Veronika Lišková
Veronika Lišková was born in 1982 in Prague, now Czech Republic. She graduated in cultural studies from Charles University and screenwriting and dramatics from FAMU. Her feature-length debut Danieluv svet premiered at Berlinale 2015. For several years Veronika headed the Ex Oriente Film Workshop at the Institute of Documentary Film and was employed as a curator and acquisition manager at DAFilms.