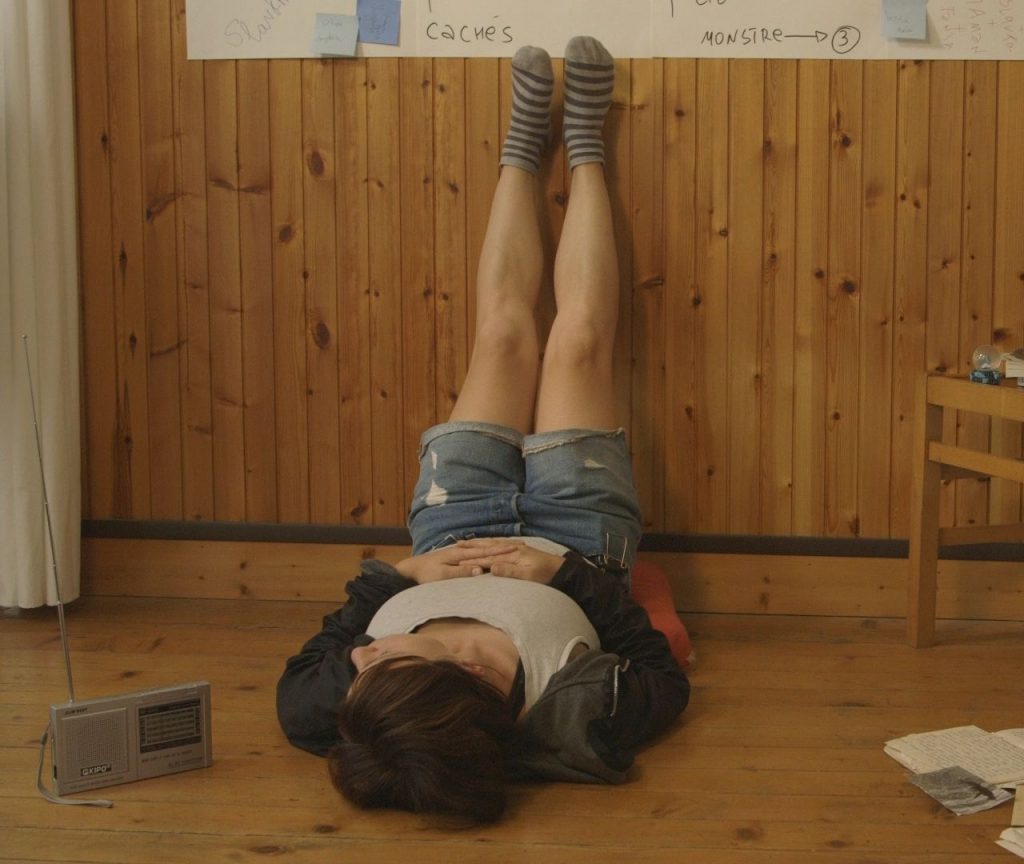 Elitza Gueorguieva films the making of the novel that her Belarusian alter ego Aliona begins about her father, a maritime adventurer, physicist and dreamer, who disappeared off the Turkish coast in 1995. In accompanying this process of loss and emancipation through writing, the filmmaker invents her own visual language amplifying the tension between dream and reality, poetry and memory.
The film premiered at Visions du Rèel in Nyon, in the “Burning Lights” competition.

“Aliona and I met when we were both writing novels about men named Yuri. I was writing about Yuri Gagarin, and she was writing about Yuri, her father. In reality, we were writing about an intimate path that we were following, each in our own way. I immediately wanted to make images with her texts; I wanted to materialize the meditations on writing in a foreign language and more widely, on an exile that we carried within us. Because with Aliona, we both live in France and our language of creation is not the same as our mother tongue. Mine thanks to the cinema is manifested in more than one alphabet. With this film, I am moving towards fiction, and it was an opportunity to push back the limits between memory and imagination, between the real and the believable. In this film, Aliona writes a novel in French, returns to her country through fiction, where her father disappeared, to accept his loss and embrace her position as a French writer.” (E. Gueorguieva)

Elitza Gueorguieva
Born in Bulgaria in 1982, director, writer and performer Elitza Gueorguieva has lived and worked in France since 2000. After studies in Film and Literature, in 2016 she published her first novel Les cosmonautes ne font que passer (Éditions Verticales). Our quiet place is her first feature.