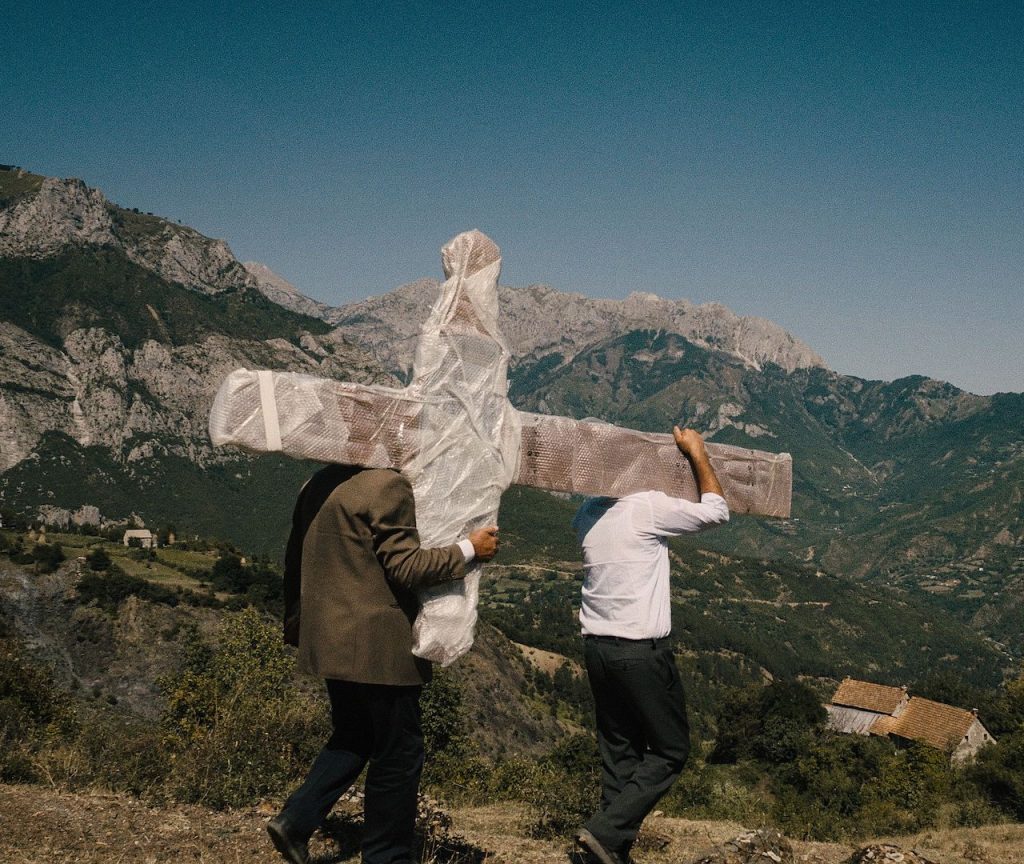 An 18-year-old girl is killed in a bitter family feud in the Albanian highlands. Her bereaved father is torn by the pressures from a local bishop and an NGO chairman from the capital, not only to forgive the imprisoned killer and his family, as a Christian, but to reconcile with them – as the age-old tribal code, Kanun, once required.
Best Documentary at the latest Festival of Slovenian Film.

“There are such conflicts in every family, every society everywhere. Yet here, in Albania, the protagonists were facing profoundly complex circumstances. The dramatic social situation in the 1990s saw the revival of old value systems, along with a half-forgotten ancient code of law, the Kanun. A quarter of a century later, the protagonists in my film still cannot agree on which value system to rely on to resolve the conflict… With Reconciliation, I aimed to offer a nuanced portrayal of patriarchy, and a woman’s observation of a feud in it – one that the audiences can also read from the face of the mother in my film, standing silently in the corner.” (M. Zidar)

Marija Zidar
Marija Zidar (1976) is a Slovenian filmmaker. Her background is in Journalism and she has a PhD in Sociology at the University of Ljubljana. One of the projects selected last year at Last Stop Trieste, Reconciliation is her debut feature documentary; the film was presented in many international film festivals such as CPH:DOX, Sarajevo, Sydney and IDFA.