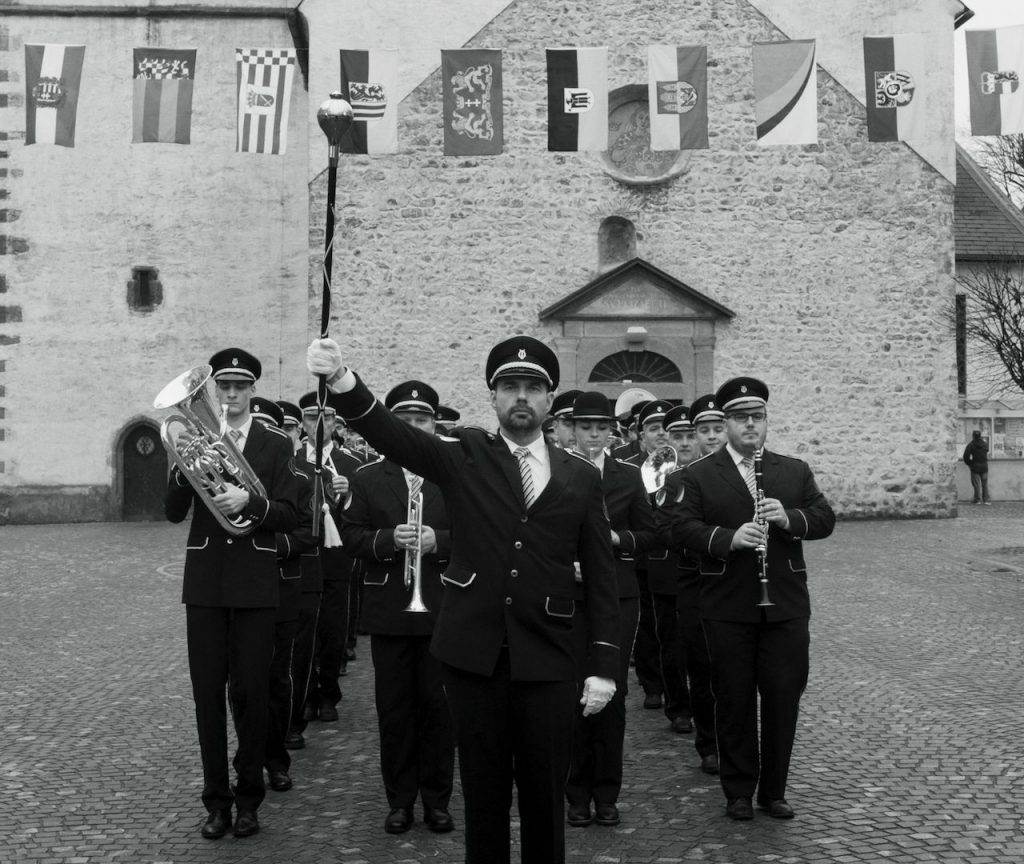 The merry members of a brass band from Slovenia travel by bus to perform in a small Austrian town. They sing, cheer and drink all the way through. Being part of a brass band is a joyful hobby for most of the members of the orchestra. However, not everything goes as planned. A debutant bus driver confesses his responsibility in an accident to his untrustworthy senior colleague; a brass band player cannot hide his shameful drinking to his kind Austrian host; a teenage band member on her first trip with dad on tour witnesses her father’s adultery; and back in Slovenia, a wife wishes she could brave such adultery. Five distinct stories tell us that hiding one’s actions and intentions are the best way to make them shameful.
Orchestra was in competition at the latest Cottbus Film Festival.

“For years, I was travelling with an orchestra on different tours, because my extended family was part of it and I was always fascinated how everybody forgets about everyday worries and just have fun. What happens on these tours stays a secret forever, and they don’t deal with it later. I wanted to explore this limited time of carelessness and fun in my movie through different characters and a real-life orchestra and how the experience had an impact on their lives. Besides that, I was also interested in exploring group dynamics inside an orchestra and also talk about the culture clash between two nations – Slovenians and Austrians.” (M. Luzar)

Matevž Luzar
Matevž Luzar is a Slovenian screenwriter and director, born in 1981. He studied theology at University of Ljubljana and film directing at the Academy of Theatre, Radio, Film and Television (AGRFT) in Ljubljana. From 2020, he is a president of a Directors Guild of Slovenia and is a member of European Film Academy.  Orkester is one of the selected project at First Cut Lab within When East Meets West 2021.