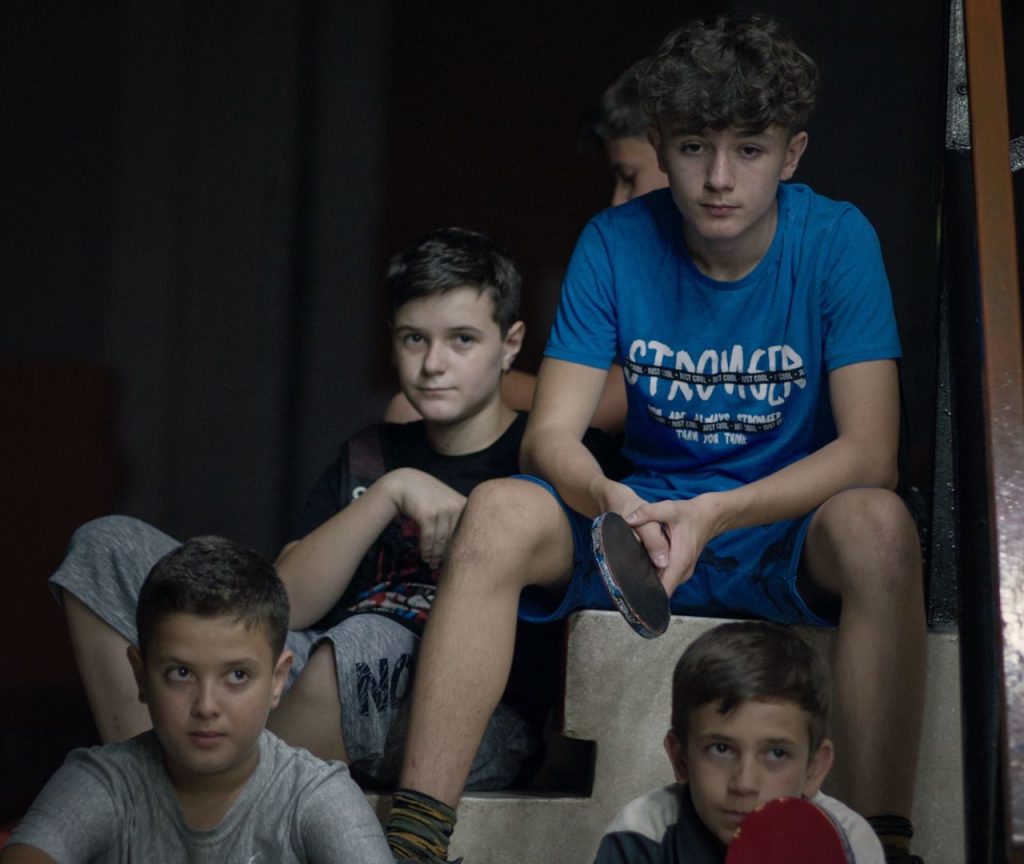 “Displaced tells the story of a post-war Kosovo ping pong club, the ‘Lidhja e Prizrenit’ (League of Prizren) and its journey to the present days, through the life of its two main protagonists and the coach of the club. The film takes the form of docu-fiction, for which we recreated actual events with real characters, combining real footage from the present. The ‘Ping Pong Federation’ was the first Kosovo sports federation to be internationally recognized after the end of the Kosovo War in the late 1990s.” (S. Karahoda)
In competition at the latest Cannes Film Festival.

Samir Karahoda
Film director Samir Karahoda was born in 1977 in Prizren, Kosovo. In 2003 he graduated from the Academy of Fine Arts at Mimar Sinan University in Istanbul. After its premiere in Cannes, Displaced was presented at TIFF, where was awarded Best Short Film, and at Sarajevo Film Festival, among the others.