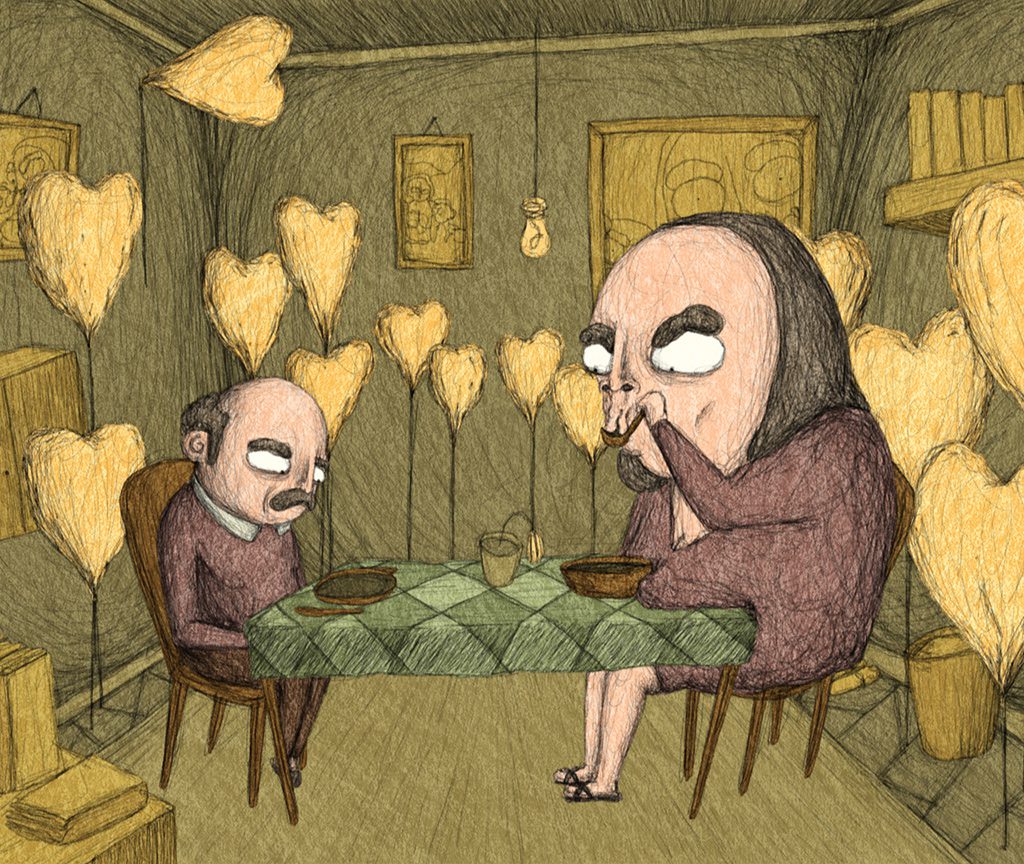 Pentola is a small middle-aged man who leaves his wife Titti for Batman. Pentola was selected in many international festivals including the Tallinn Black Nights FF and the Annecy International Animation FF.

“Being able to love whoever you want is a superpower. Admit it to you and to the world is even more powerful. That’s why I truly believe that Pentola is a superhero in all aspects. I don’t think that his story is just a love story, but a story of pure freedom.” (L. Černic)

Leo Černic
Leo Černic was born in 1995 in Trieste, Italy. He is an author of short animated films. Černic graduated in film and television directing at the Academy of Theater, Radio, Film and Television in Ljubljana and then continued his studies in animation at the Experimental Center of Cinematography – Piedmont branch in Turin.