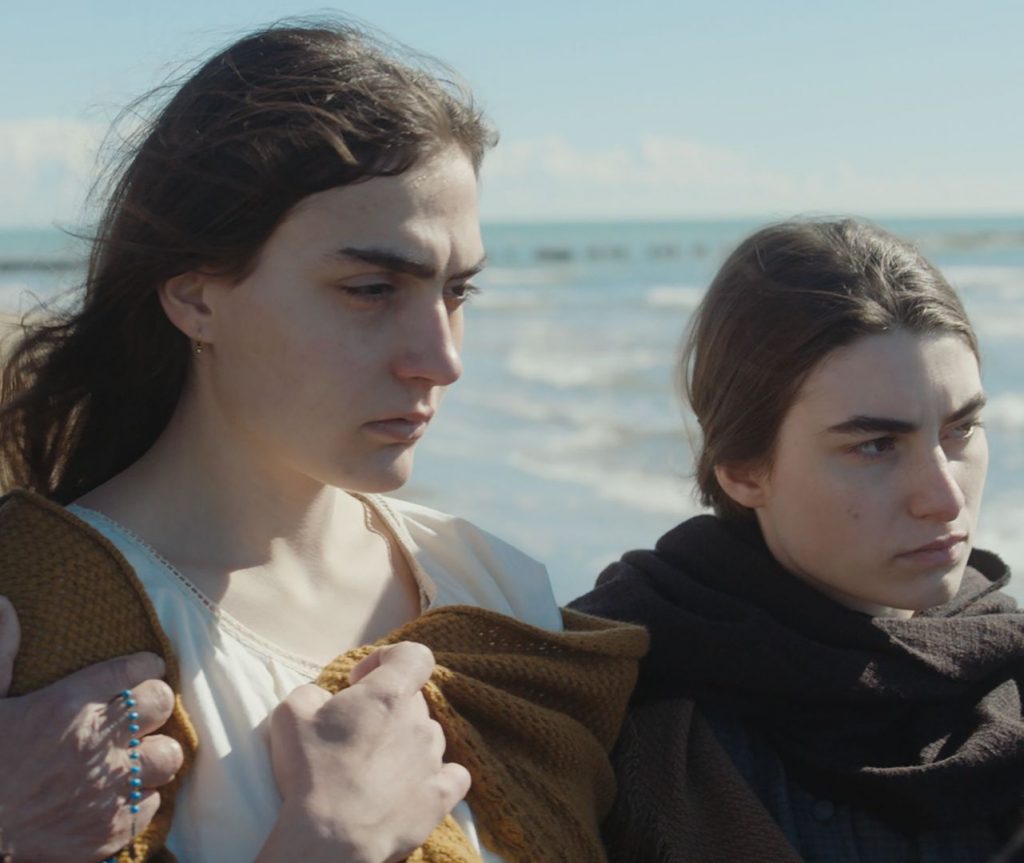 Italy, 1900. Young Agata’s baby is stillborn and so, condemned to Limbo. Agata hears about a place in the mountains, where infants can be brought back to life for just one breath, to baptize them. She undertakes a voyage with her daughter’s small body hidden in a box and meets Lynx, a solitary boy who offers to help her. They set off on an adventure which will enable both to come close to a miracle that seems impossible.
The film premiered at Cannes’ Semaine de la Critique in 2021, and was selected in many international film festivals, including Sarajevo, Toronto and BFI London.

“In 2016, I discovered that in Trava, in my Friuli Venezia Giulia, existed a sanctuary where up until the 19th century, particular miracles were said to occur: that stillborn children could be brought back to life for the space of one breath … These kinds of places … were present throughout the Alps (France alone had nearly two hundred) and it is surprising that this history is nearly totally unknown despite the size of the phenomenon … I located the film in my homeland … I shot in a chronological continuity undertaking the same kind of voyage that Agata takes … While researching locations I met the people who have become characters in the film … Almost the entire cast is made up of people who have never acted before … It is also for this reason that I decided to shoot the film in the Veneto dialect and Friulian, not just in order to provide the authentic language of that time, honoring the different variations so that the people could express themselves as much as possible in the most natural way.” (L. Samani)

Laura Samani
Film director Laura Samani was born in 1989 in Trieste. After graduating in Philosophy and Literature at the University of Pisa, she studied film directing at Centro Sperimentale di Cinematografia in Rome. Her graduation short movie, The Sleeping Saint, premiered at Cannes Cinéfondation in 2016. Small Body was one of the winner projects of WEMW 2018.