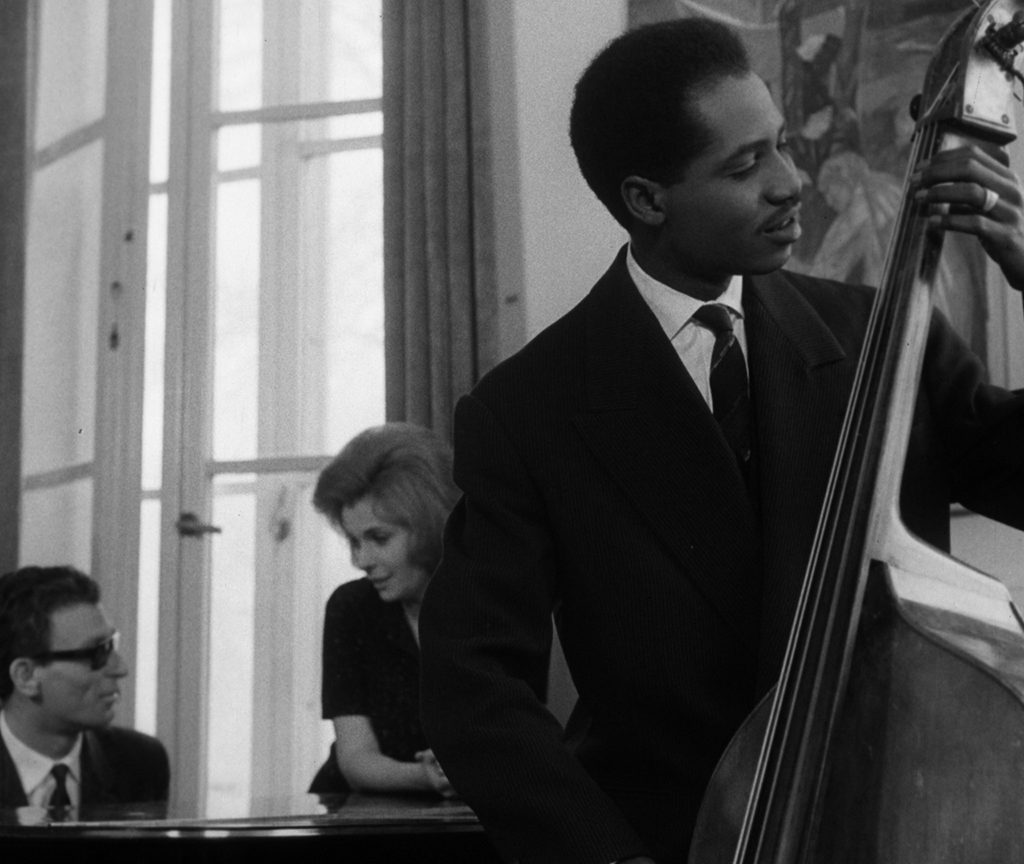 Omar, a student from Africa, is about to finish his medical studies in Prague. He would like to return home, to Angola, but finally opts instead for a three-year research assistantship at a clinic in Prague. At Ruzyně airport, where he has come to say goodbye to his friend Amadu who is leaving Czechoslovakia, he notices an African girl he likes. Shortly afterwards, the two young people meet accidentally. The girl’s name is Mariama and she will be studying at the Technical Faculty in Prague. Omar offers to be her guide in the new city and takes her to the International Students’ Club, where he plays bass guitar in a band. Omar doesn’t tell Mariama that he is staying in Prague. The girl is confident that he will go back home to help his country. Omar finishes his exams with excellent marks, but at his graduation party he is all alone, he must think his decisions through. He plays his big solo on the bass, the blues. Mariama wanted to say goodbye to Omar and finds him alone. They stay together until morning and realize that even in this short time they have fallen in love with each other…

Giorgos Skalenakis
Actor, director and professor, Giorgos Skalenakis was born in 1926 in Port Said, Egypt. He studied Cinema at FAMU in Prague. He taught film directing at the Lykourgos Stavrakos Film School and the Veaki Drama School in Athens. He died in Athens in 2014.