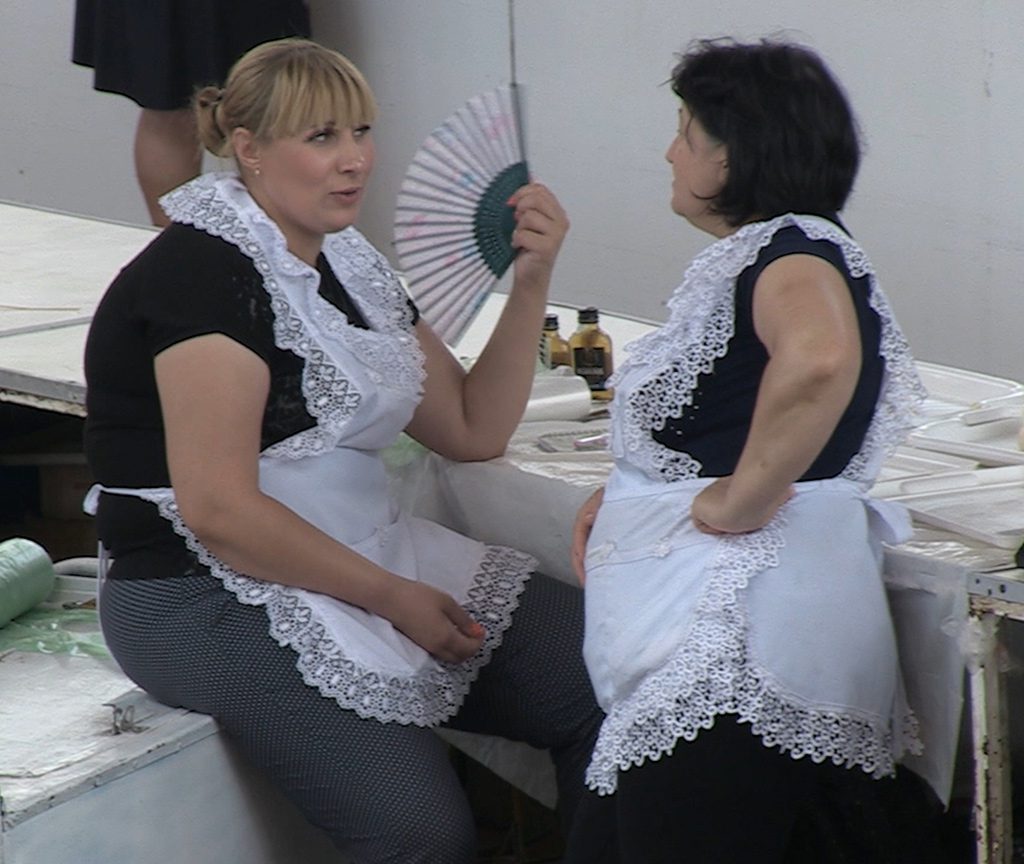 The film documents the life of one of the oldest and largest European markets. Passion on both sides of the counter, loaders’ dreams, hidden fantasies of fish sellers… Security guards and flea market manager share their thoughts about the universe and the meaning of life. The film premiered at Doclisboa in 2021.

“I have always thought that Pryvoz is a significant place. People come here guided by not just consumption needs, but also by desires, leaving sadness outside the gate. They come for mercy, a feeling of freedom or just for small talk. Someone comes to make a film. And everyone finds what they are looking for… The experiences will be different, but Pryvoz leaves no one cold… I believe that the most precious and exciting thing about people lies in their dreams. Marvelous metamorphoses happen to people when they dream. I pointed out that fables, which people tell about themselves, reveal the depth of their fates with intense clarity. And thus, there remains a heaven-sent chance to see the people as they are, not as they try to look like.” (E. Neymann)

Eva Nejman
Eva Nejman is a director and scriptwriter. Born in Zaporizhia, Ukraine, she lives in Ukraine and Germany. She studied law at the Philipps Universität in Marburg, and graduated as a director at the Deutsche Film- und Fernsehakademie Berlin (2007).