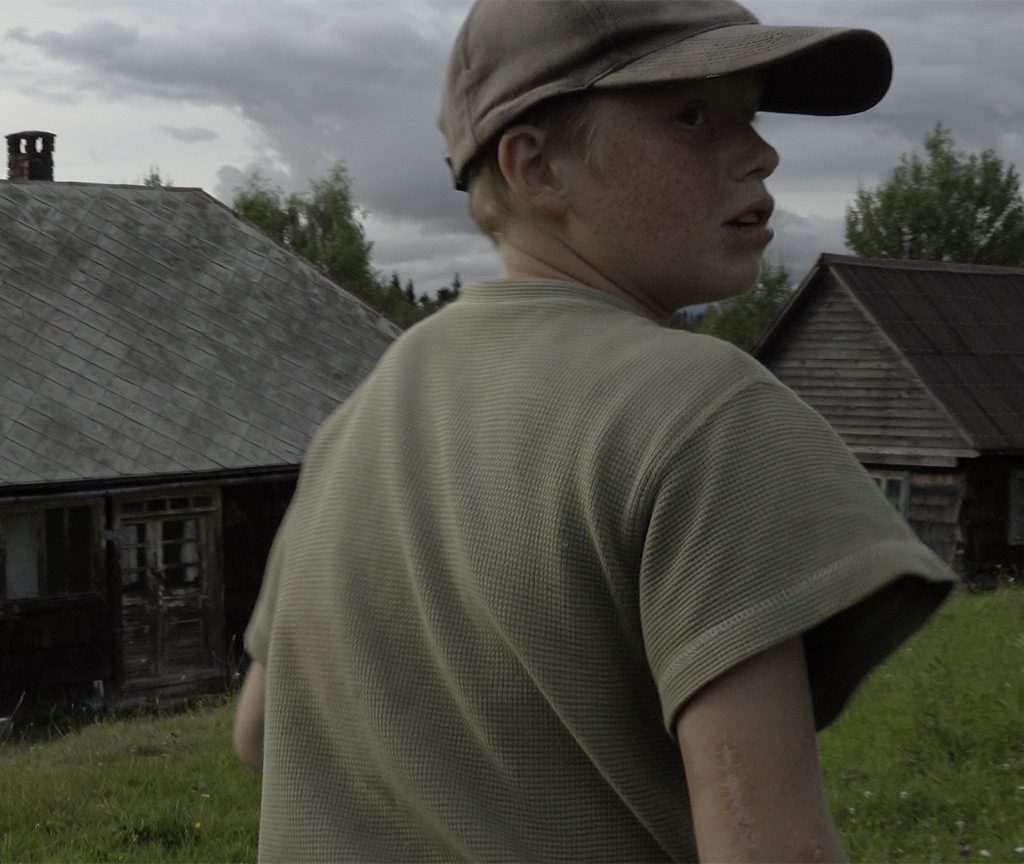 The harvest has begun in Transylvania. As Nicusor aspires toward adulthood, he looks for a way to contribute. Faced with rejection, he explores his natural surroundings to imagine a place for himself. Sapling premiered at the latest Venice Film Critics’ Week, winning the Best Short Film award.

“During our attendance at the Aristoteles documentary workshop, in Romania, we came across Nicusor… He completely captivated us… Within his person we saw an answer to the question: what does it mean to be a child, both with oneself and with others?” (L. Fabbro, B. Stahl)

Lorenzo Fabbro
Lorenzo Fabbro was born in 1991. He graduated in Cinema Engineering in Turin and later moved to Sarajevo, where he partecipated on the BFA program at Béla Tarr’s film factory. His first short Nestajanje was presented at 2018 Sarajevo FF. He has been working as assistant director in numerous international productions.

Bronte Stahl
Bronte Stahl was born in 1993. He is a filmmaker from Westerly, RI, USA. He graduated from the European
itinerant MFA program DocNomads and is an alumnus of the Flaherty Seminar Fellowship, IDFA Project Space, Eurodoc and Points North Institute. As a producer, he is compelled to elevate emerging international voices in non-fiction cinema.